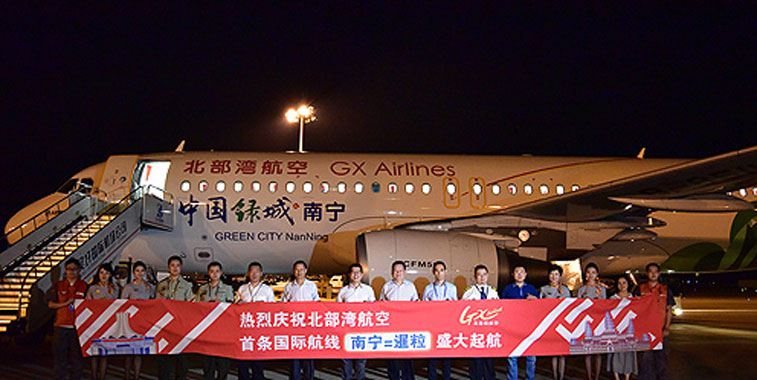 On 29 May, GX Airlines commenced its first scheduled international service from Nanning, a 1,120-kilometre link to Siem Reap in Cambodia. The route was celebrated with a launch event at the latter airport, with the airline planning to serve this city pair twice-weekly using its fleet of A320s. It presently operates six A320s alongside its 15 E190s.