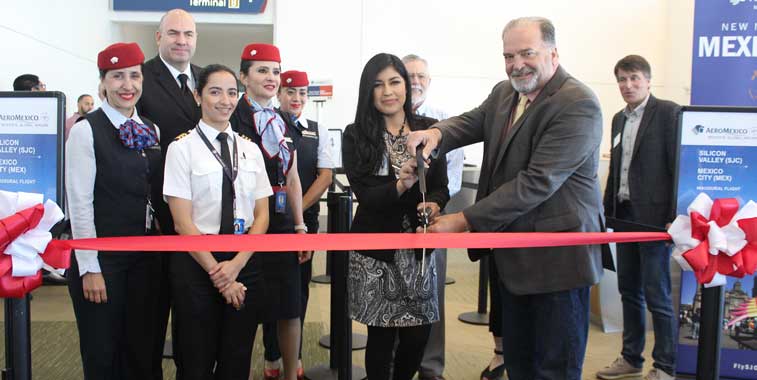 San Jose welcomed the start of a seasonal daily service to Mexico City with Aeromexico on 1 June. The Mexican flag carrier will operate the route until 31 August. John Aitken, Director of Aviation, San Jose Airport, was on hand to perform the ceremonial ribbon-cutting duties.