Laudamotion gets moving across Europe 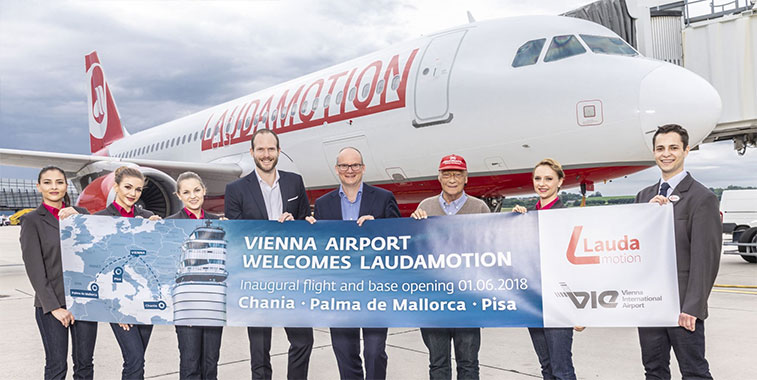 Starting on 1 June, Laudamotion officially opened its base at Vienna Airport. Four aircraft will be permanently stationed in the Austrian capital city. “Laudamotion represents the start of a new low-cost carrier with a base and a variety of flight connections in Vienna. In addition to growth at the airport hub, the new airline also comprises a great offering for passengers departing from Vienna. Effective immediately, fantastic destinations can be reached with Laudamotion for people going on holiday in the summer”, says Julian Jäger, Joint CEO and COO of Vienna Airport. Opening the new base with Laudamotion crew members were: Andreas Gruber, Laudamotion CEO; Niki Lauda, Laudamotion; and Julian Jäger, Joint CEO and COO of Vienna Airport. 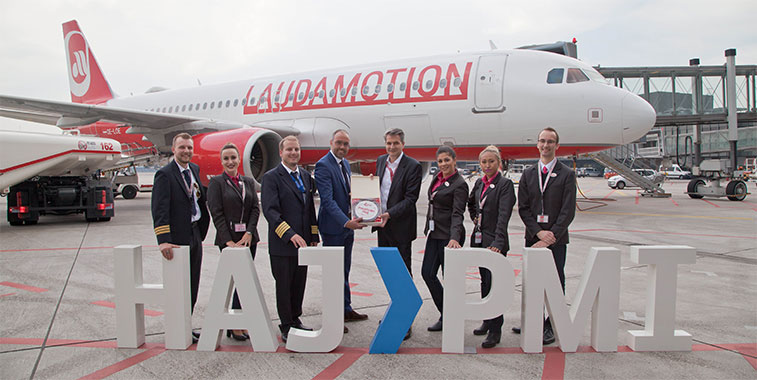 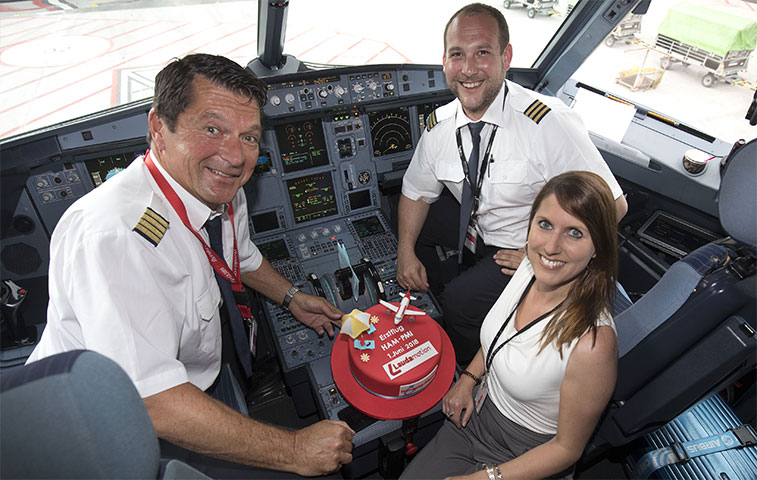 “In terms of passenger numbers, Palma de Mallorca is one of our most popular European destinations,” says Michael Eggenschwiler, CEO of Hamburg Airport. “Almost a million passengers flew from Hamburg to Mallorca in 2017 alone. So we are delighted that Laudamotion is responding to this great demand for flights to the German people’s favourite island, increasing the service on this route and filling the gap that had arisen compared to last year’s services. Our passengers benefit from an even greater range of choice for flights to their holiday destination.” The German airport’s Senior Manager Traffic Development & Sales Alex Ringel heralded the new route with the inaugural flight’s flight crew. 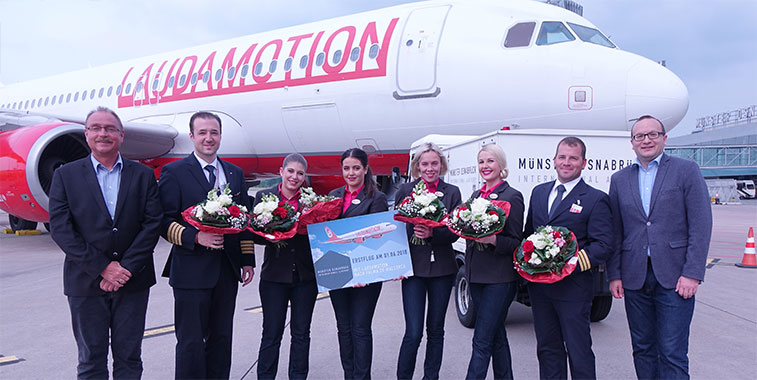