Ryanair opens its 86th European base 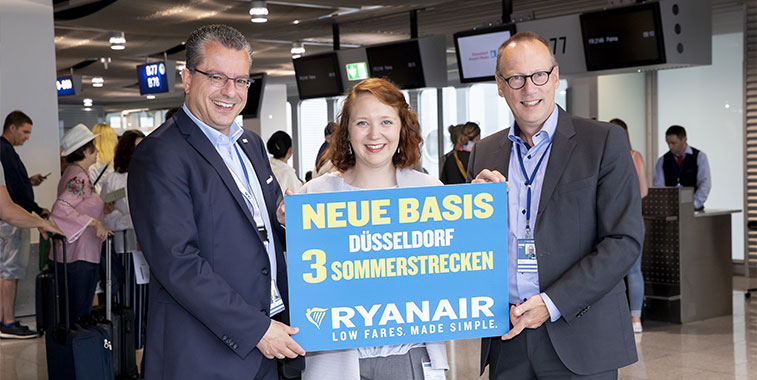 Ryanair celebrated the opening of its new Dusseldorf base on 1 June (its 11th base in Germany and 86th base in Europe) and the launch of three new routes to Alicante, Malaga and Palma de Mallorca, which will all operate daily as part of its S18 schedule. Ulrich Topp, Director Aviation Marketing, Düsseldorf Airport; Lisa Maria Rumpf, Ryanair, Sales and Marketing Executive DACH; and Lutz Honerla, VP Marketing & Strategy, Düsseldorf Airport all welcomed the new routes. 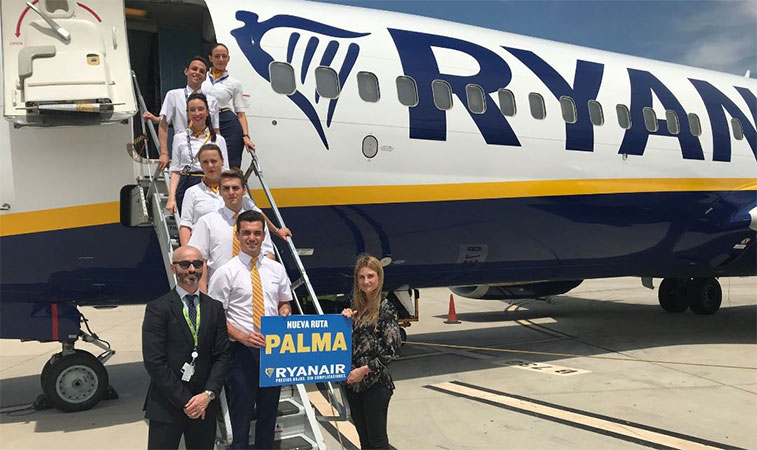