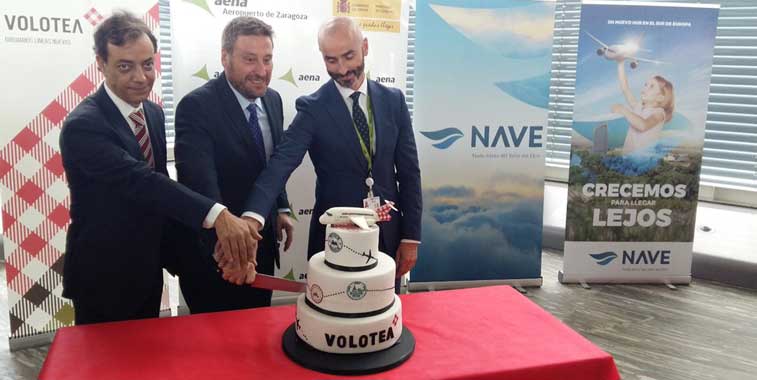 Zaragoza welcomed the launch of Volotea services from Munich and Venice Marco Polo on 4 June with this specially baked cake. Both routes will be flown twice weekly by the airline’s 717s and neither faces any direct competition. 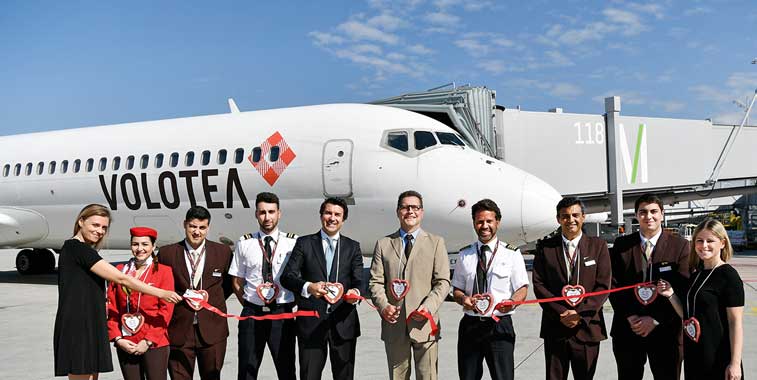 Munich has celebrated two new route launches with Volotea recently with a Montpellier service launching last week and being swiftly followed by the introduction of flights to Zaragoza on 4 June. Pierfrancesco Carino, Chief Sales Officer, Volotea (fifth from left) and Thomas Kube, VP Marketing, Munich Airport were joined by Volotea crew and the Munich Airport team to cut the ceremonial ribbon to welcome the new routes.