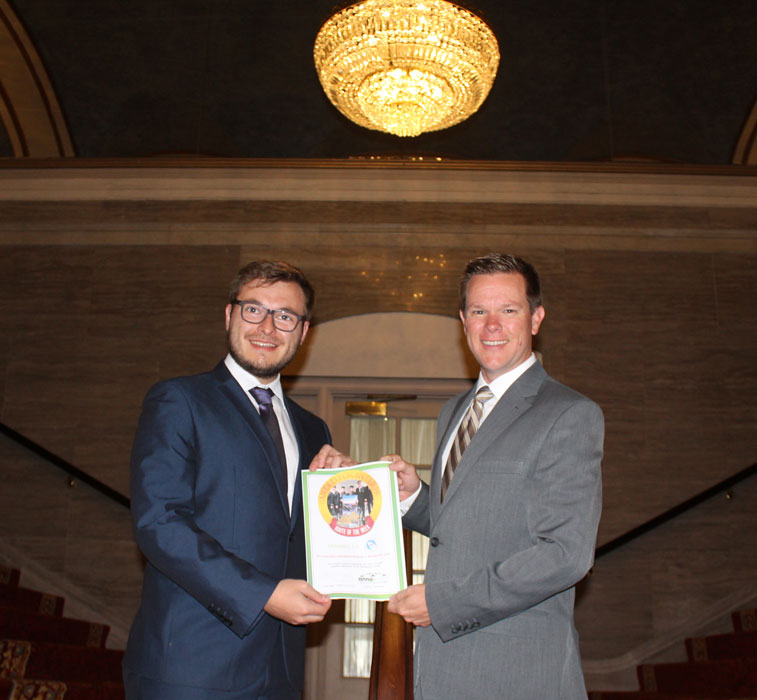 Kansas City Airport this week accepted its anna.aero Route of the Week award. The title was won by the airport for its new transatlantic service from Reykjavik/Keflavik courtesy of Icelandair. The award was presented to the airport at this year’s ACI-NA JumpStart Air Service Development Conference in Cleveland. Jonathan Ford, Assistant Editor of anna.aero, is seen presenting the award to Justin Meyer, Deputy Director of Aviation – Marketing and Air Service Development, Kansas City Aviation Department. Icelandair operates into Kansas City three times weekly using its 757-200s. 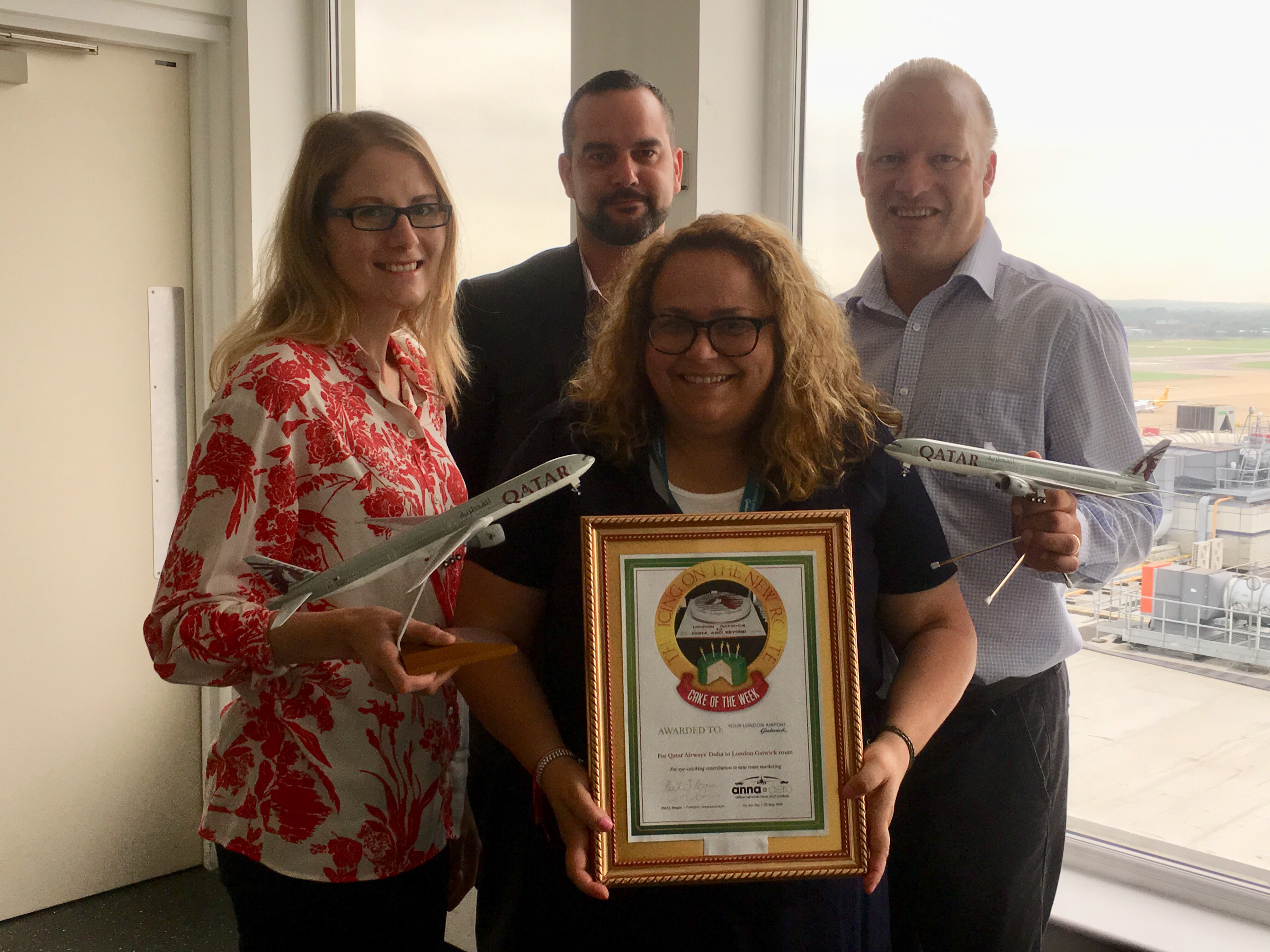 London Gatwick this week celebrated its latest Cake of the Week award, given to the London hub for the stunning bake which it presented at the launch of Qatar Airways’ new twice-daily service from Doha.The route will see the number of flights increase to 16 weekly (three times daily on Fridays and Saturdays) between 15 June and 29 September. Picked celebrating the airport’s latest award win are: Josie Shepherd, Senior Marketing Manager; Phil Bonner, Airline Analyst; Begonia Cachaldora, Brand and Marketing Executive; and Simon Edwards, Airline Business Development Manager. 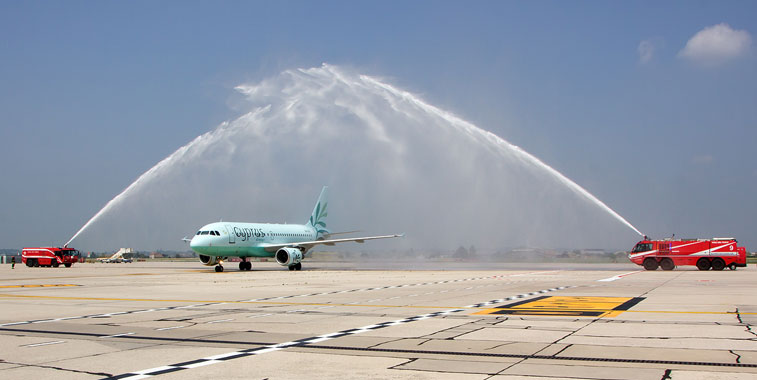 This week Verona Airport welcomed the arrival of Cyprus Airways and its new service from Larnaca, greeting the airline with a ceremonial water arch salute. The route launched on 27 May and will be flown by the airline twice-weekly (Wednesdays and Sundays). The airline will use A319s on the 2,245-kilometre sector facing no direct competition. 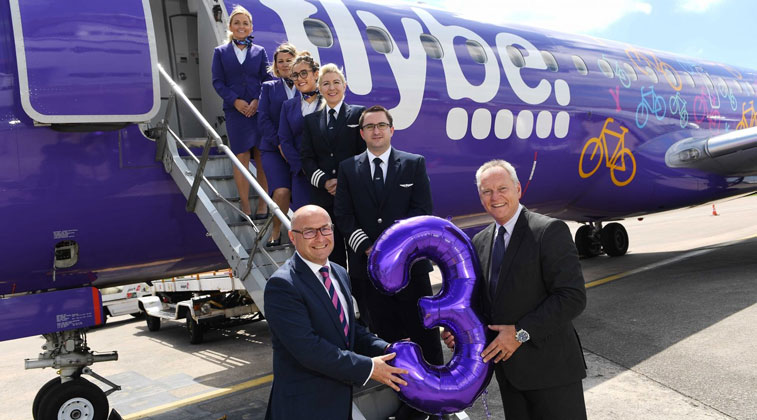 Cardiff Airport and Flybe celebrated the three-year anniversary of the airline’s base opening in the Welsh capital this week. Roy Kinnear, CCO, Flybe, said of the news: “Flybe’s strong performance and increased growth over the past three years demonstrates our commitment to the national airport of Wales. We have continued to fine tune our schedule with added frequency and new routes that is testament to our flexibility and responsiveness in meeting customer needs.” Pictured at the anniversary event alongside some of the airline’s Welsh-based crew are Huw Lewis, Finance Director and Company Secretary, Cardiff Airport and Paul Willoughby, Regional Sales Manager, Flybe. Montpellier Airport welcomed Volotea’s first flight on its new service from Munich on 25 May. The celebrations included the traditional water arch salute, while a route launch cake was also baked to mark the occasion. The airline will operate between Munich and Montpellier twice-weekly on Tuesdays and Fridays. 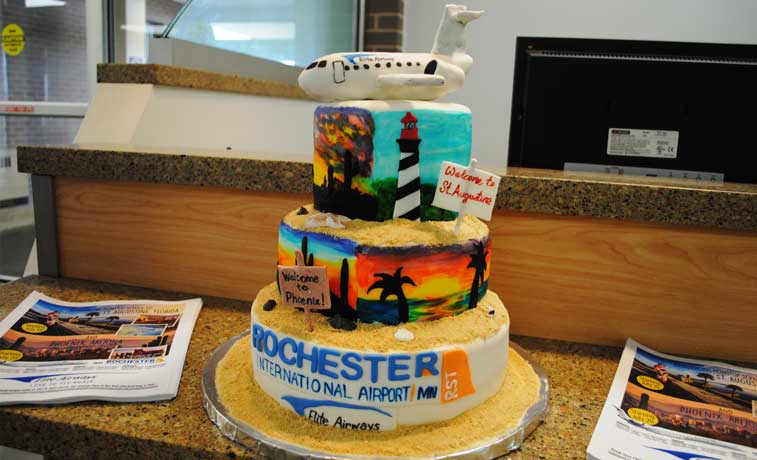 Elite Airways has announced that it will launch flights from Rochester in July. Beginning on 19 July the carrier will offer services to Phoenix and St. Augustine. “Elite Airways is pleased to announce service at Rochester International Airport with two new routes – St. Augustine and Phoenix – that offer convenient non-stop travel between three Mayo Clinic campus locations, plus the flexibility for weekend or week-long travel,” said John Pearsall, President of Elite Airways. “We are incredibly excited to welcome Elite Airways to Rochester,” said John Reed, Executive Director, Rochester Airport. “These two new non-stop destinations are very important markets for business travellers in our region. St. Augustine and Phoenix are also attractive, non-stop leisure opportunities for our travellers. With two new non-stop destinations from Rochester, there are even more reasons to ‘Fly Local’. We are appreciative of these new offerings Elite will provide.” On 4 June St. Petersburg Airport and Czech Airlines celebrated the 50th anniversary since the launch of Czech Airlines’ scheduled flights between the city and Prague. “Fifty years is a long way and a wonderful age. Pulkovo Airport and Czech Airlines have a truly long-term partnership. We are grateful to the airline for a stable operation of scheduled service between St. Petersburg and Prague for many years and for offering a daily opportunity for citizens of the two beautiful twin-cities to make business journeys, visit friends their close ones and to re-discover travel to Russia and the Czech Republic,” said Evgeniy Ilyin, CCO of Northern Capital Gateway LLC, the operator of St.Petersburg Airport. 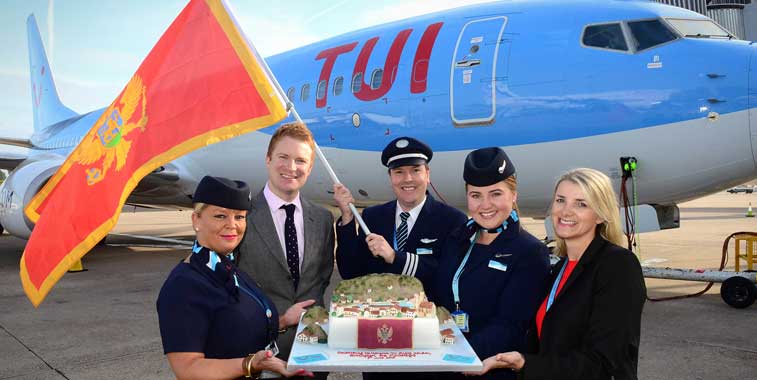 TUI Airways has introduced flights from Birmingham to Podgorica in Montenegro for S18. Tom Screen, Acting Aviation Director at Birmingham Airport, said: “Montenegro is a great destination for TUI to add to its summer 2018 flying schedule. It will be popular with holiday makers as it has stunning mountains, breathtaking beaches and an interesting local culture. We are delighted TUI has chosen to expand its choice of destinations from Birmingham Airport.” Flights will operate every Wednesday until the middle of October.