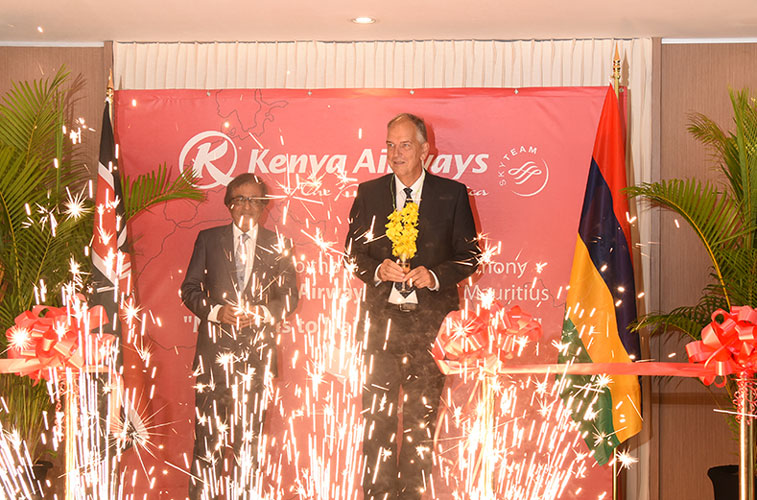 Having just cut the ribbon to officially open Kenya Airways’ new route between Nairobi and Mauritius, Anil Gayan, Minister of Tourism for Mauritius, and Jan De Vegt, COO of Kenya Airways, enjoyed the post-cutting pyrotechnic display over a glass of champagne. The Skyteam member will offer four weekly flights on the 3,096-kilometre route.