Air Canada also launched flights between Vancouver and Paris CDG this week, with the first flight taking off on 8 June. To celebrate the link to the French capital, the Canadian airport commissioned a fantastic cake which depicts the Arc de Triomphe. Seen speaking at the gate party to celebrate the route is Anne Murray, VP Airline Business Development and Public Affairs, Vancouver Airport. Services on the 7,923-kilometre link to Paris will operate four times weekly. 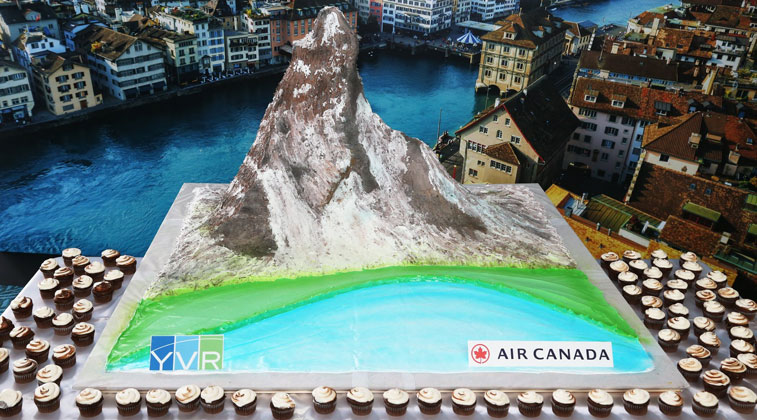 Air Canada launched two new European services from Vancouver this week, with the first being to Zurich. To celebrate the launch of the Star Alliance member’s launch to the Swiss hub, the Canadian airport baked this impressive Alps-inspired cake. The airline will offer three weekly 787-8-operated flights on the 8,304-kilometre link.