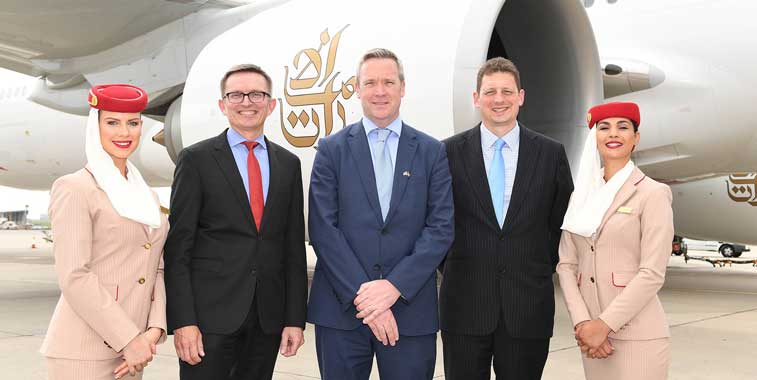 London Stansted became the third London airport and seventh in the UK to welcome direct Dubai flights from Emirates on 8 June. On hand to greet the inaugural flight were Hubert Frach, Divisional SVP Commercial Operations West, Emriates; Ken O’Toole, CEO, London Stansted; and Richard Jewsbury, Divisional VP UK, Emirates. With the introduction of this new daily service, the Dubai-based carrier will now offer up to 10 flights per day to London. 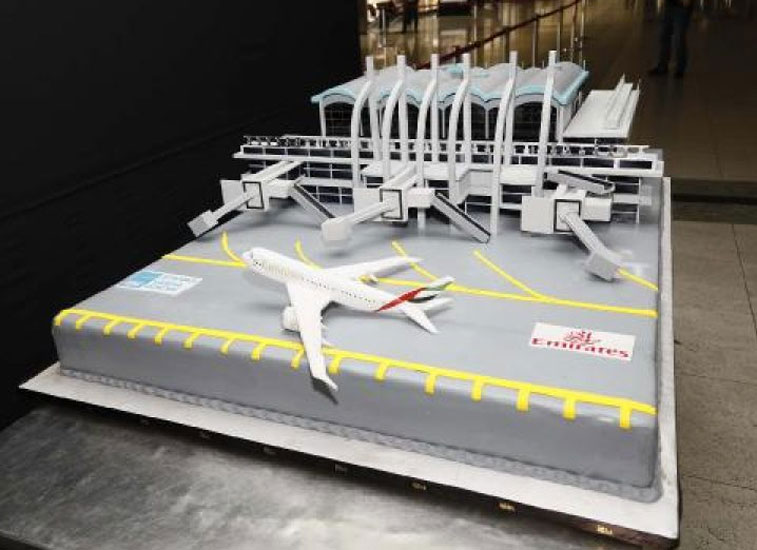 Emirates made a return to Istanbul Sabiha Gökçen on 8 June, an airport which it last served in July 2016. To commemorate the MEB3 carrier’s return, the Turkish airport baked this fantastic cake depicting the airline taking off in front of the airport terminal. Emirates will offer five weekly flights between Dubai and Sabiha Gökçen.