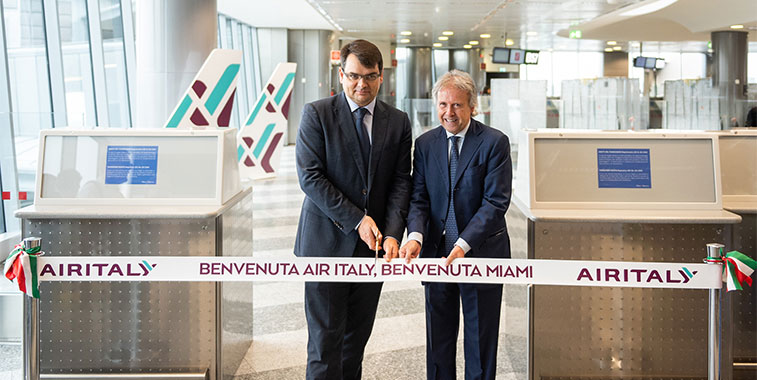 The departure of the Milan-Miami IG903 flight was celebrated in the presence of Air Italy’s COO, Neil Mills (left), who thanked SEA Aviation Marketing Manager Aldo Schmid (right) and gave a warm welcome to the 254 departing passengers. To celebrate this new service, there was a traditional cake and ribbon cutting ceremony and the departure of the A330 aircraft, its passengers and crew was marked with a celebratory water cannon salute.