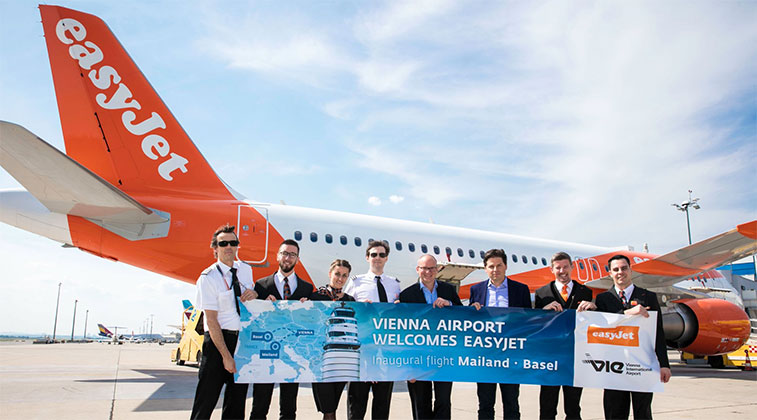 The easyJet crew along with Julian Jäger (fifth left), Joint CEO and COO of Vienna Airport and Thomas Haagensen (third right), easyJet Group Markets Director marked the start of the LCC’s new service to Basel on 8 June (the carrier launched Milan flights from the Austrian capital city on 31 May). “We are continually expanding our offering to the Austrian capital city,” says Haagensen. “Since the founding of easyJet Europe based in Vienna in July 2017, we already registered or re-registered more than 100 aircraft of the easyJet fleet in Austria. As a result, easyJet is now Austria’s largest airline. The new route underscores our growth plans for Austria, so that our customers will profit from an even greater choice and low air fares.”