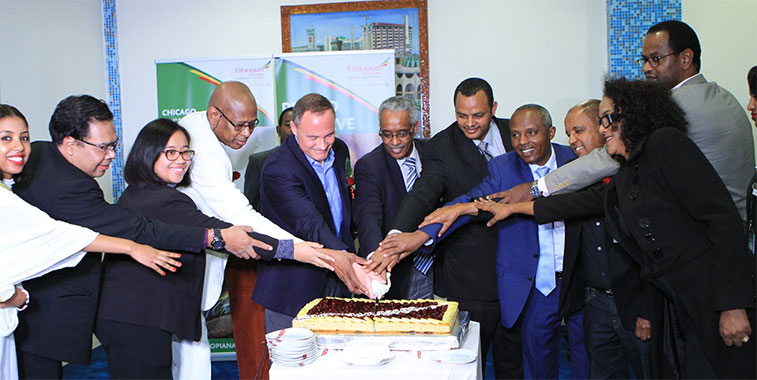 Ethiopian Airlines’ inaugural flight to Chicago O’Hare on 10 June was heralded at a colourful ceremony, including a cake cutting, held at the VIP Salon of Addis Ababa Airport in the presence of US Ambassador to Ethiopia, Michael Raynor, members of the Diplomatic Corps, the airline’s Executive Management members and invited guests. 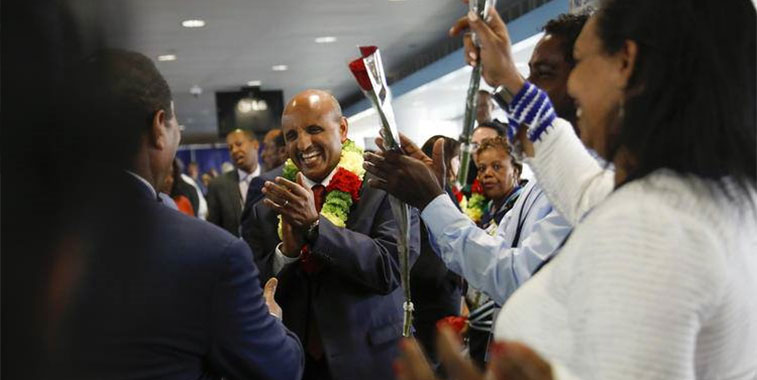 Ethiopian Airlines CEO Tewolde GebreMariam was onboard the inaugural flight into the US city. “Chicago is the main hub of our Star Alliance partner, United Airlines and the flight will be operated together with United to avail the best product for travellers from all over the US connecting to 58 destinations in Africa,” says GebreMariam.