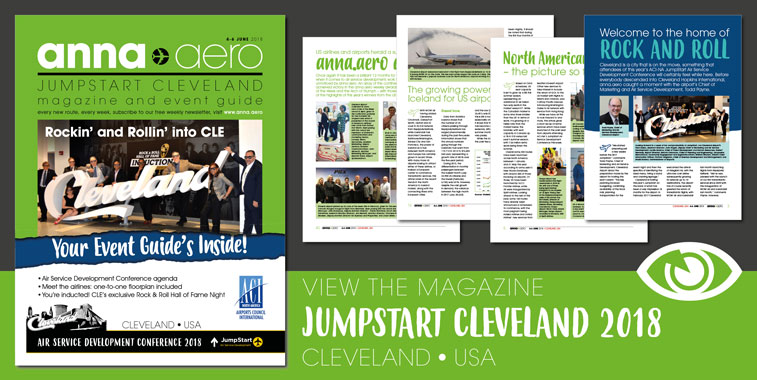 Read our electronic version of the anna.aero Show Daily magazine, created for the ACI-NA JumpStart Air Service Development Conference, hosted by Cleveland Airport. There are 44 pages to enjoy, including an interview with the hosts, some of our trademark analysis, as well as plenty of pre-show news for attending airports.

Taking place in early June, not long after Routes Europe in April (held in Bilbao) and just before the IATA Slot Conference, which takes place next week in Vancouver, ACI-NA’s JumpStart Air Service Development Conference is one of the leading network planning forums for the North American market. This year’s event was hosted by the fantastic Cleveland Hopkins International Airport. Attendance this year was high, with 29 airlines, including first-time attendees Flair Air, JetSuiteX, Southern Airways Express, Tropic Air, Tropic Ocean Airways, Ultimate Air Shuttle and WOW air, plus 195 airports in attendance. Once again, anna.aero was there to produce one of its Show Daily magazines. Take a closer look at the bigger-than-ever production to catch-up on all the latest air service development news, trends and interviews from North America’s biggest and fastest-growing airports. 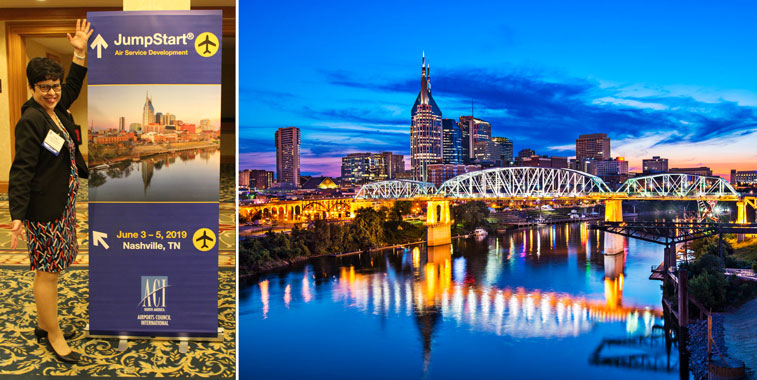