Edinburgh celebrated the arrival of Hainan Airlines’ inaugural service from Beijing on 12 June. Meeting the aircraft were Gordon Dewar, CEO, Edinburgh Airport; Paul Wheelhouse, Minister for Business, Innovation and Energy; Bao Qifa, Chairman of Hainan Airlines; and Sir John Elvidge, Chairman of Edinburgh Airport. Piper Conner Pratt was on hand to give the first departure a traditional Scottish send off. 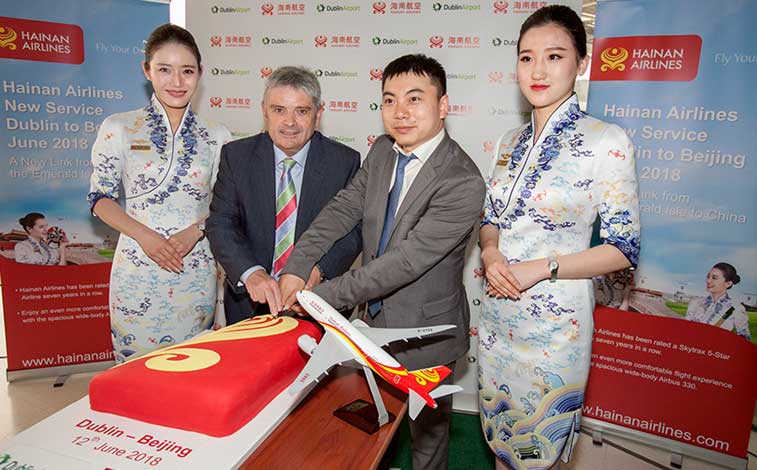