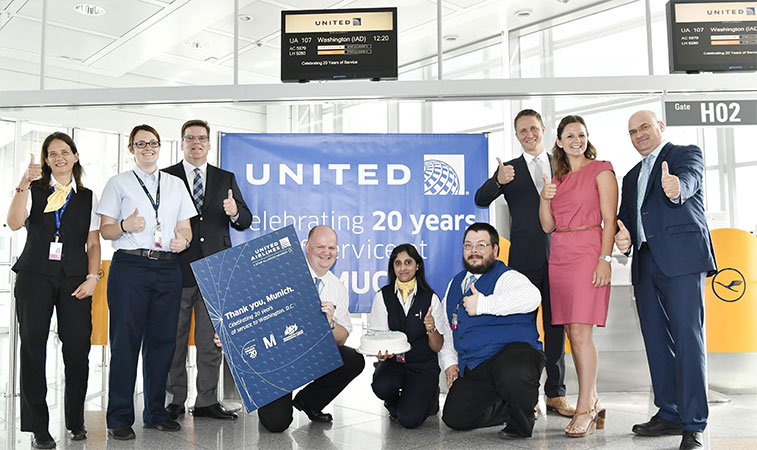 20 years ago, United Airlines started serving Munich from its Washington Dulles hub, a fact that it marked on 11 June. In that time, the Star Alliance carrier has operated about 30,200 flights and carried nearly six million passengers on the route. Celebrating with the United Airlines ground staff at the German hub were the airport’s (from right): Ulrich Theis, Director Traffic Development; Claudia Metschnabl, Manager Marketing Events; and Oliver Dersch VP Traffic Development. 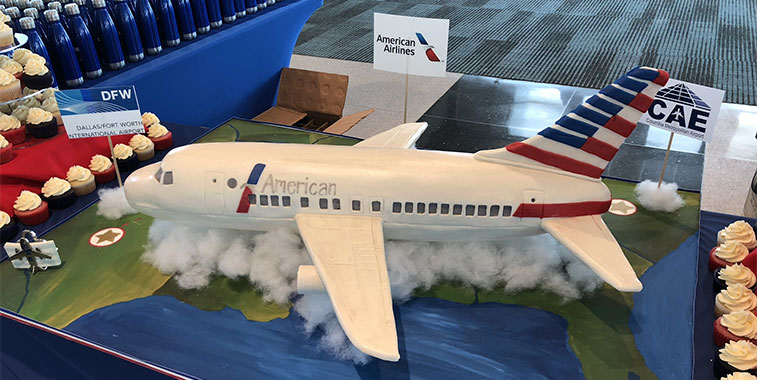 Earlier this week, Columbia Metropolitan Airport celebrated the upgauging of its American Airlines route from Dallas/Fort Worth. Now flown by the mainline carrier rather than one of its regional affiliates, the South Carolina airport welcomed the arrival with this fabulous-looking cake. Cluj-Napoca Airport celebrated on 6 June the inauguration of charter flights to Hurghada, flown by AlMasria Universal Airlines. The charter operator, will fly two flights per week with A320s. The new service was welcomed with a fantastic-looking Pyramid-inspired cake, as well as a fire truck water arch. 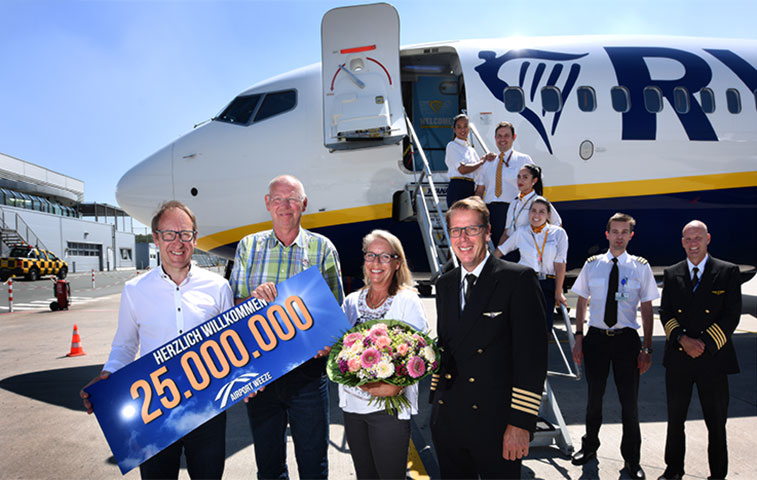 Rudolf Henksmeier, from Borchen in East Westphalia, will certainly never forget this greeting, as he was crowned the 25,000,000th passenger at Weeze Airport. Airport MD Ludger van Bebber and Ryanair Base Captain Martin Wielinga presented Rudolf Henksmeier and his wife Bernette with some flowers and a Ryanair flight voucher. The lucky passenger had just arrived on flight FR 5715 from Thessaloniki on 6 June. On 6 June, St. Petersburg Airport and Air France marked 50 years since the launch of the airline’s scheduled service on the St. Petersburg (then Leningrad) – Paris route. At first the route was seasonal, before in 1988 it was expanded to year-round flights. Initially, the service included a layover in Helsinki. Later the intermediate stop was eliminated. Through the years, the airline’s Caravelles were replaced with 727s on the route. Last year, the traffic on Air France flights at Pulkovo was 139,500 passengers, a 7.5% increase when compared to 2016. Today, the flights on the St. Petersburg-Paris CDG route operate daily in the winter and twice-daily in the summer with A319s. 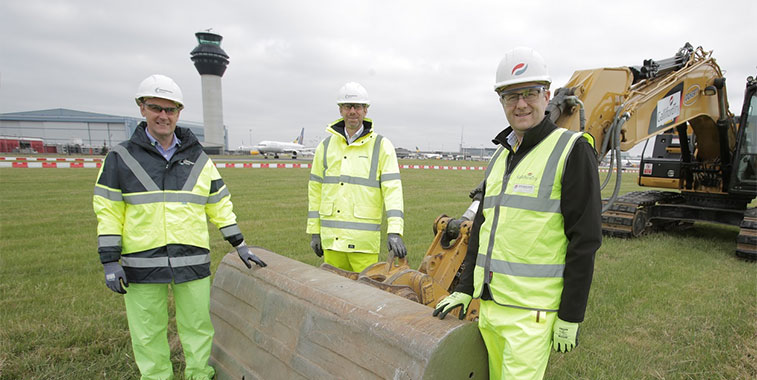 Work has commenced on a new taxiway at Manchester Airport that will help to make its operations more efficient as part of its £1bn transformation programme. The building of Taxiway Delta Echo, is the start of the reconfiguration of the airfield at the UK’s third largest airport to help feed the redeveloped Terminal 2. The work is due to be completed by July 2020. Breaking ground were: Andrew Cowan, Manchester Airport CEO; Graham Mallett Airfield Programme Manager, Jacobs; and Chris Scoffield, MD Infrastructure – Rail, Aviation & Environment, Galliford Try. Lisbon celebrated the arrival of Finnar flights from Helsinki on 1 June. The Portuguese airport had a cake baked to mark the occasion and greeted the inaugural arrival with an impressive water arch salute. The Finnish flag carrier will operate this capital city airport pairing four times weekly and faces direct competition in the form TAP Air Portugal which already serves the route daily.