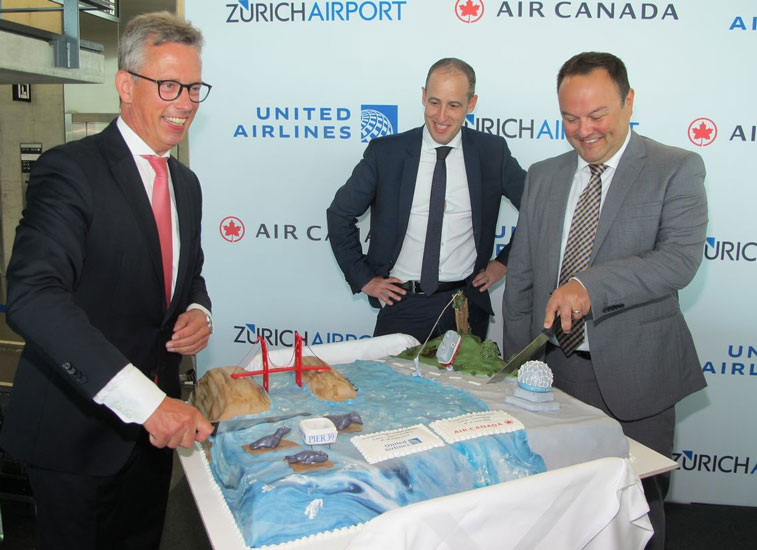 United Airlines launched flights between San Francisco and Zurich on 7 June, the same day that Air Canada commenced flights from Vancouver to the Swiss city. With both North American airlines being members of Star Alliance, they both shared a joint cake to commemorate the launching of the new routes. Seen present at the cake cutting ceremony were: Thorsten Lettnin, MD Continental Europe, United Airlines; Stephan Widrig, CEO of Zurich Airport; and Virgilio Russi, Senior Director Sales, Air Canada. San Francisco flights will operate daily this summer. 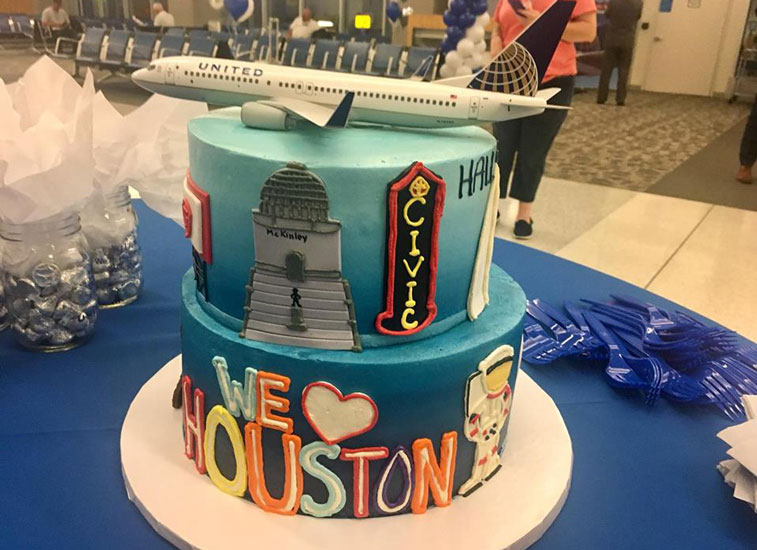 United Airlines commenced flights between Houston Intercontinental and Akron-Canton on 7 June, with the Ohio airport baking this splendid cake to celebrate the launch of the new daily service. The Star Alliance member will offer a daily rotation on the 1,745-kilometre sector using its fleet of E145s. No route faces no direct competition.