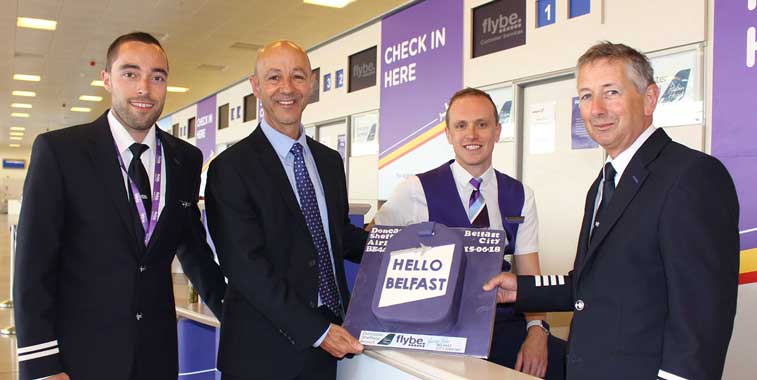 The bakers had also been busy at Doncaster Sheffiled, with the Yorkshire airport holding its own welcoming committee. Steve Gill, CEO Doncaster Sheffiled Airport presented Flybe crew members with their inaugural flight celebration cake. There is no incumbent competition on this airport pair, with it having last been flown in 2015 by Links Air.