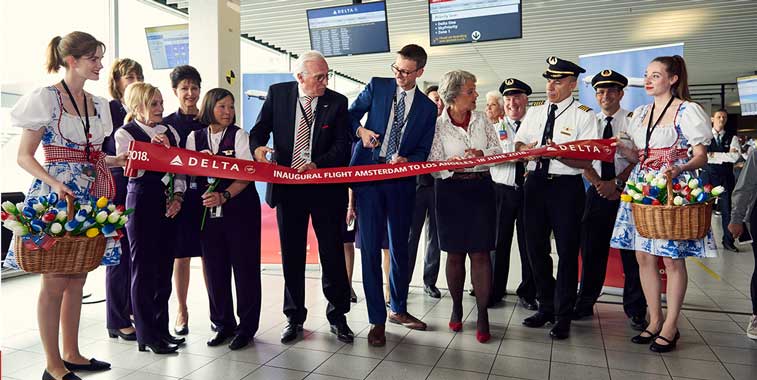 There were celebrations in Amsterdam this week, including a ceremonial ribbon cutting, to welcome the start of Delta Air Lines flights from Los Angeles. The US carrier will offer four weekly rotations on this route, with it joining fellow SkyTeam member KLM on the 8,951-kilometre airport pair, a service it operates twice-daily.