Germania at the double with two new routes 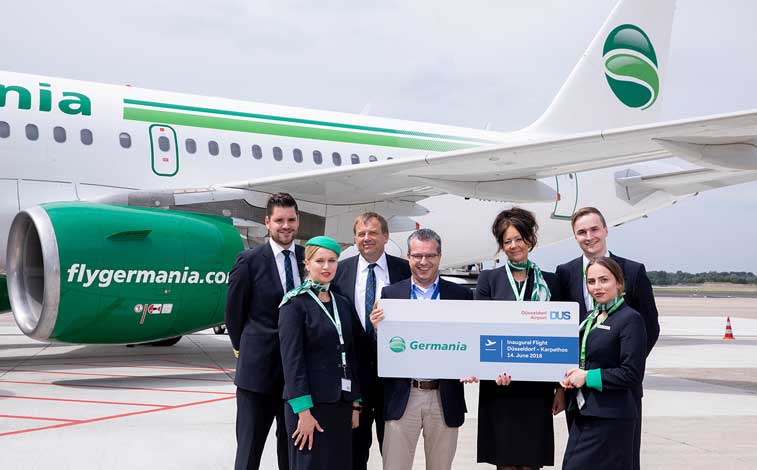 Düsseldorf welcomed the start of Germania’s new weekly service to Karpathos on 14 June, which will operate on Thursdays. Joining the inaugural flight crew to mark the occasion was Ulrich Topp, Director Aviation Marketing, Düsseldorf Airport. This becomes the fourth Greek destination served by Germania from Düsseldorf in S18 with a fifth due launch to Mytilene on 26 June. 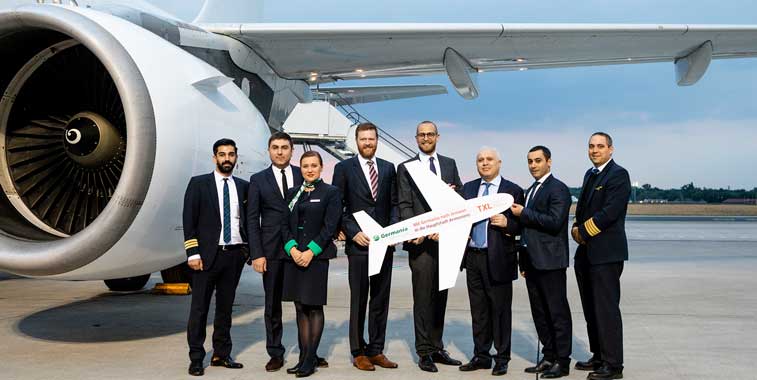