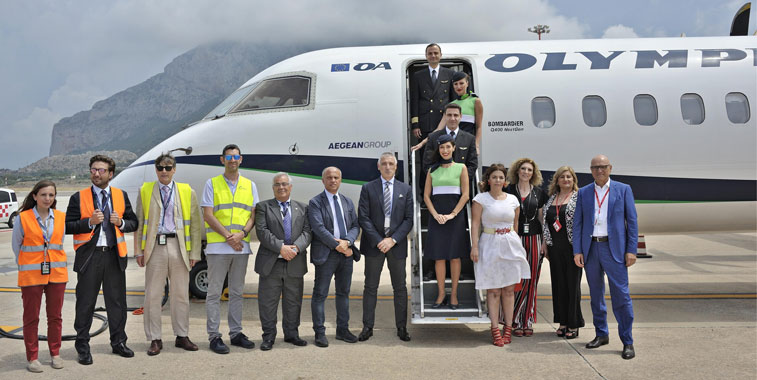 Aegean Airlines was greeted in Palermo on 21 June by an array of airport, airline and local dignitary VIPs, who all posed for a commemorative route launch photo on the apron with the aircraft. The carrier will offer a twice-weekly (Thursdays and Saturdays) service on the 948-kilometre sector, with flights operated using Olympic Air Q400s.