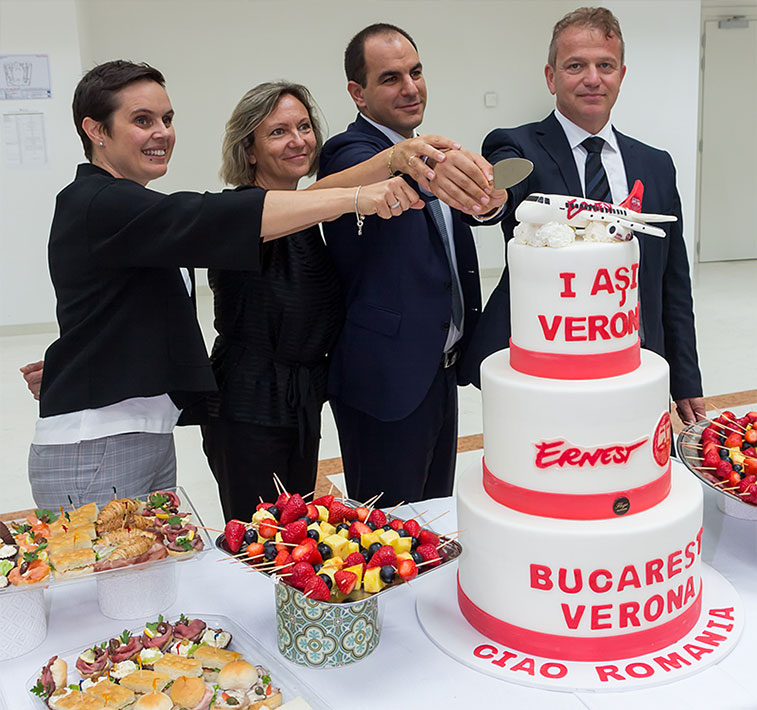 This terrific towering cake was baked to herald the start of Ernest’s two new routes from Verona, namely to Iasi and Bucharest. Marking the occasion were: Francesca Toffali, Municipality of Verona; Delia Dell’Asin, Head of Aviation Development Business, SAVE Group; Chady El Tannir, Business Development Director, Ernest; and Paolo Arena, Chairman of the Board, Verona Airport. Ernest will operate both routes three times weekly using its fleet of A319s.