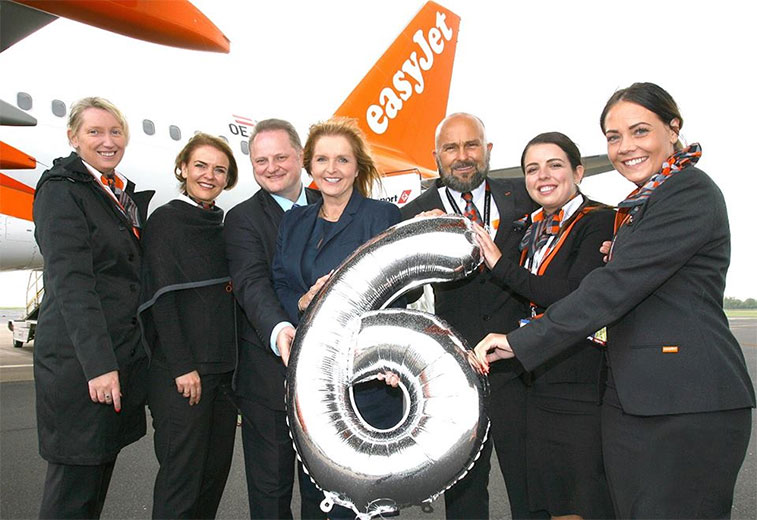 easyJet’s growth at Belfast International continues, as the LCC introduced its sixth aircraft to its Northern Ireland base and launched four new routes this week – namely to the Isle of Man, Naples, Valencia and Venice Marco Polo. Pictured celebrating the news with some of the Belfast-based crew are Uel Hoey, Business Development Director, Belfast International Airport and Ali Gayward, UK Country Manager, easyJet. The carrier now flies 28 routes from Belfast.