Swoop sweeps Hamilton off its feet with ultra-low-cost launch 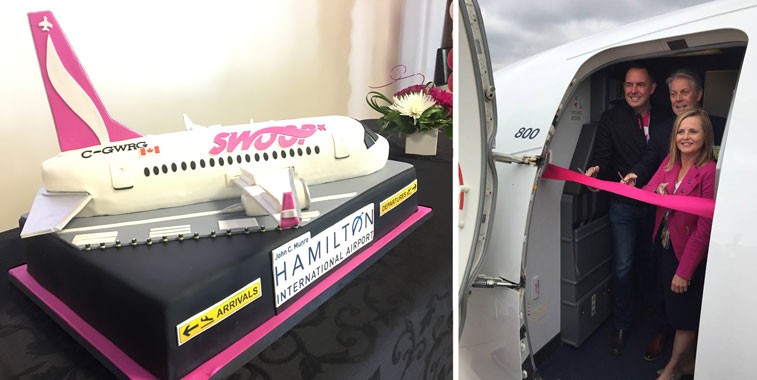 Swoop performed its inaugural flight from its Hamilton base on 20 June, with its first service being Abbotsford in British Columbia. To toast the airline’s first-ever commercial service and base opening in Hamilton, the airport baked a Swoop-tastic cake to mark the occasion. A ribbon cutting was also performed on the door of the 737-800 which performed the first flight, with the ribbon-cutting duties being performed by: Steven Greenway, CEO of Swoop; Ken Eisenberger, Mayor of Hamilton; and Cathie Puckering, CEO of Hamilton Airport. The airline has opened four initial routes this week. 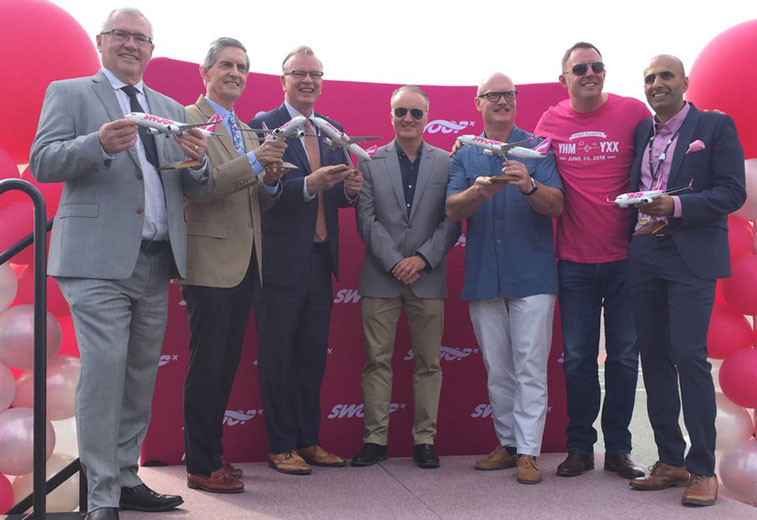 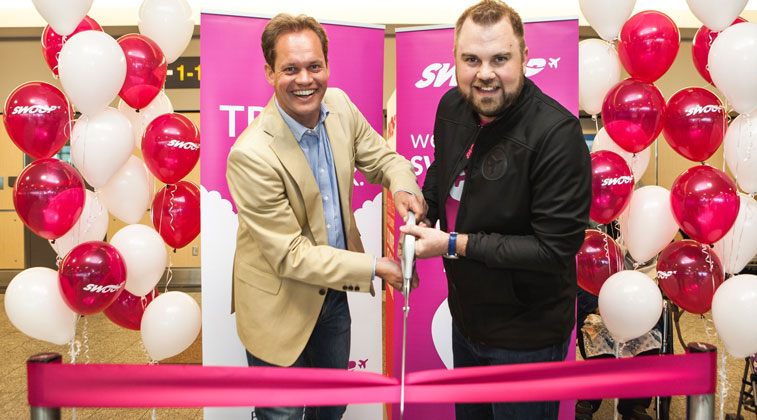 One of the first destination’s to grace Swoop’s route map is Halifax, with the ULCC launching a six times weekly service to the Nova Scotia airport from its first base at Hamilton. Cutting the ribbon, officially opening the 1,323-kilometre route, are Bert van der Stege, CCO, Halifax Airport, and Michael Claeren, Senior Leader Revenue Management & Pricing, Swoop. The WestJet in-house ULCC will operate six 737-800s by the end of 2018, with this increasing to 10 in 2019. 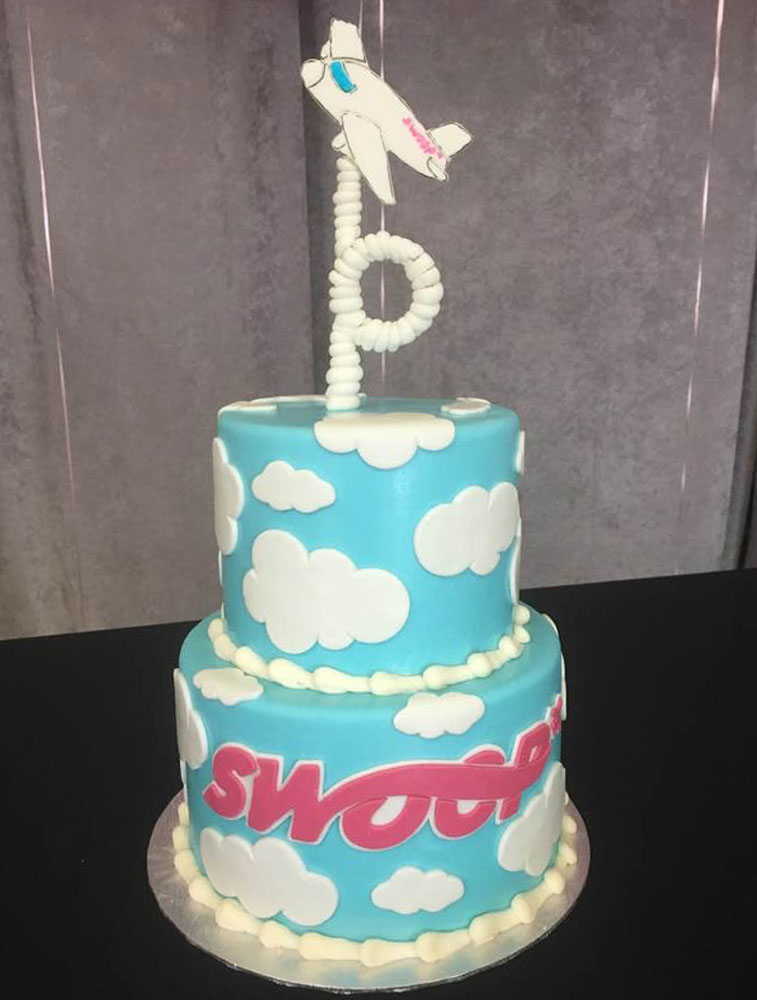 Swoop launched flights between Hamilton and Edmonton on 25 June, with the latter airport baking this two-tiered, airline-themed cake masterpiece. The ULCC will operate the city pair daily using its 737-800s.