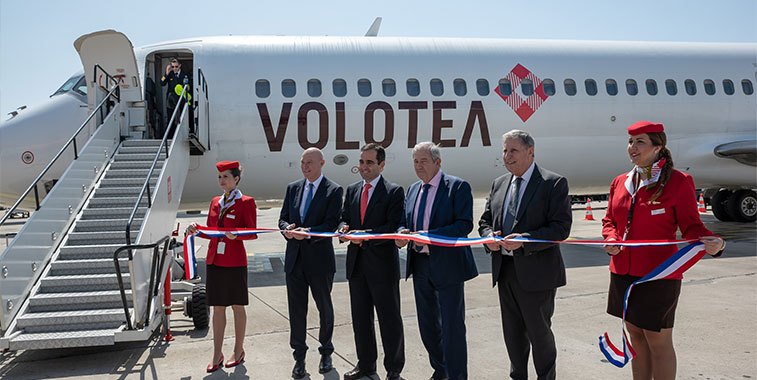 In Aprill Volotea opened its fifth French base in Marseille and at the same time started four new routes from France’s second-biggest city. Of the airline’s 77 serving airports, the French city is the LCC’s 19th largest operation with just over 4,000 weekly seats in a peak week in S18.

Run by CEO Carlos Muñoz, the man who founded Vueling, Volotea has one of the most distinct business models of any European LCC. Using its 17 125-seat 717s and 13 A319s (plus a leased 737-500) on routes primarily within and between Spain, Italy and France, the carrier operates a particularly seasonal programme with five times as many flights during the peak summer period (August) compared with February. This summer the airline will operate 271 routes (up from 233 last summer) with an average weekly frequency of just over three flights per week.

Despite the carrier’s extreme seasonality, it is continuing a path of robust schedule growth with weekly frequencies growing by 30% in 2016 and 19% in 2017. So far in 2018 (January to June), Volotea’s average monthly frequency increase above 2017 levels is 22%, peaking at 42% in March and only 10% growth in April. 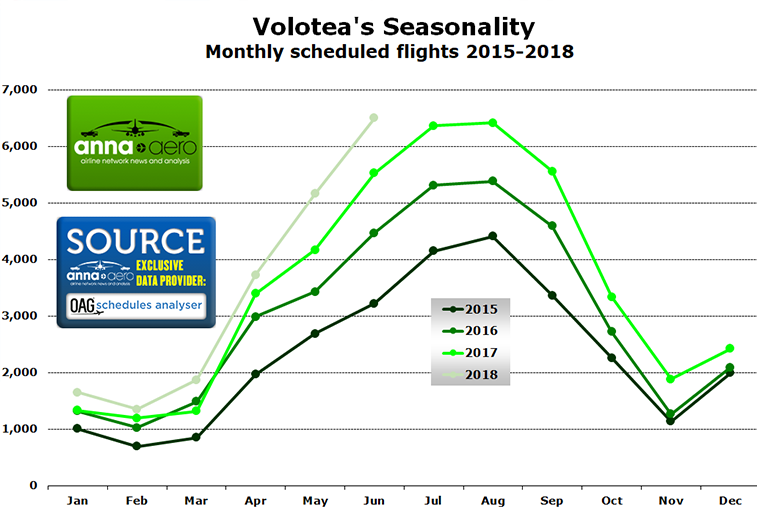 According to the route map on its website Volotea currently has 12 bases: five in France (Bordeaux, Marseille, Nantes, Strasbourg and Toulouse); four in Italy (Genoa, Palermo, Venice Marco Polo and Verona); two in Spain (Bilbao and Asturias); and one in Greece (Athens) In terms of weekly flights this summer (using the second week in August) the airline’s base at Marco Polo is by far the biggest. While the Italian airport retains its #1 spot in S18, it is one of three airports inside the airline’s top 12 which has witnessed a decline in weekly frequencies (all highlighted in light green), with Catania facing the largest cull, with 10 weekly flights trimmed from its respective schedule.

A total of 79 airports are served by Volotea this summer, up from 76 last summer. Mytilene, Southampton and Chisinau have all been dropped from the airline’s network. It is interesting to note that all of these destinations were introduced to the LCC’s schedule in S16. The six new airports for this summer are Lanzarote, Karpathos, Lyon, Pescara, Pula and Lamezia Terme. 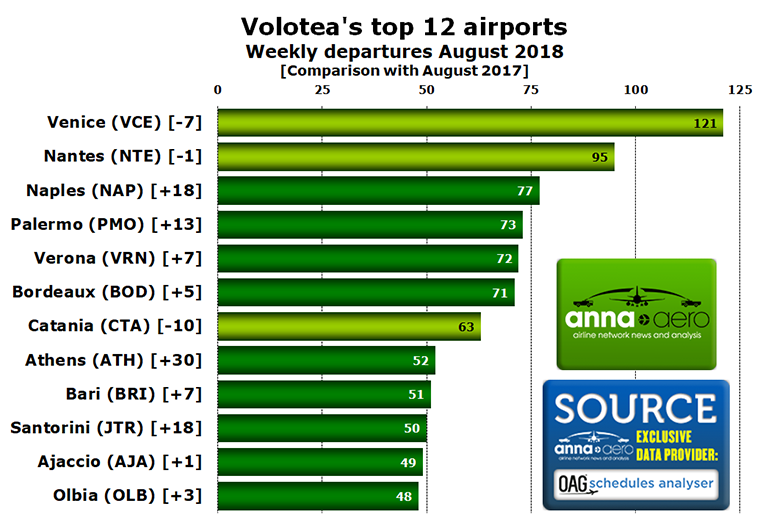 Significant growth this summer will be seen at Athens, with more than a doubling of its weekly flights from 22 to 52, Naples and Santorini (which both see an increase of 18 weekly flights), as well as Palermo (+13 weekly flights). Of the new airports served, Lyon makes the biggest impact with six weekly flights, spread across four routes to Alicante, Palermo, (both two), Palma de Mallorca and Cagliari (both weekly).

Given the carrier’s seasonality, it is currently in the midst of adding numerous short summer season routes, as it looks to maximise its revenues during the peak travel season in Europe. Unsurprisingly, the carrier does not have any new routes for the W18/19 season in the anna.aero New Route Database so far: 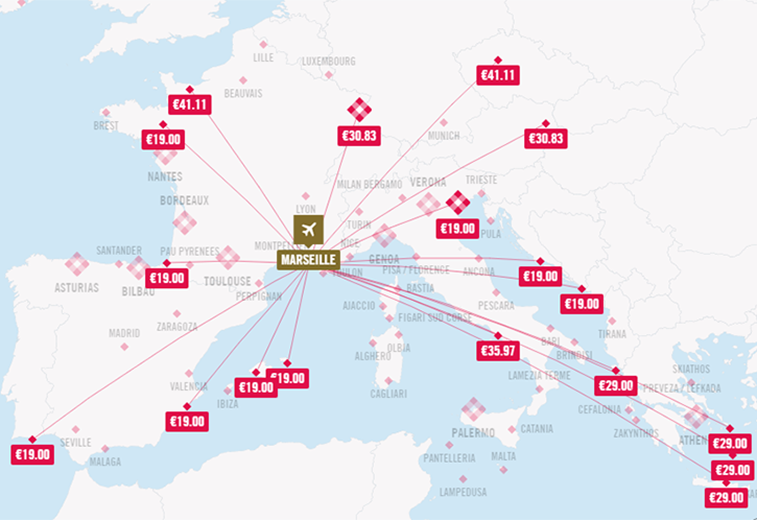 In April this year Volotea opened its fifth French base in Marseille, joining its existing hubs in Nantes, Bordeaux, Strasbourg and Toulouse. Earlier in the year it debuted its Bilbao base, only its second base in Spain after Asturias.