One of the highlights of this year’s ACI-NA JumpStart Air Service Development Conference was an evening of fun, music and food, thanks to this year’s host, Cleveland Airport, which hosted a fantastic networking reception at the Cleveland Rock and Roll Hall of Fame. Over the course of 3-6 June, some 1,300 airline-airport one-on-one meetings took place.

Between 3-6 June, ACI-NA’s annual JumpStart Air Service Development Conference took place at the Renaissance Hotel in Cleveland, Ohio. Attendance at this year’s conference was high, with more than 1,300 one-on-one meetings between the 29 airlines in attendance and representatives from 195 airports. “We have carriers from North America, Latin America and Europe. We also have many airlines attending JumpStart for the first time, such as Flair Airlines, JetSuiteX, Southern Airways Express, Tropic Air, Tropic Ocean Airways, Ultimate Air Shuttle, and WOW air,” commented ACI-NA President and CEO, Kevin Burke, to anna.aero. Along with various airports and airlines from North America, anna.aero was there too, producing one of its famous show daily magazines for the fourth year running – click here to take a look – featuring the latest news and developments from various airports attending the conference, including the host, Cleveland Airport.

Also known has Cleveland Hopkins International, the facility has had an excellent year, with one honourable mention being the return of non-stop transatlantic service, a result of WOW air and Icelandair both beginning flights from Reykjavik/Keflavik to the Ohio city. 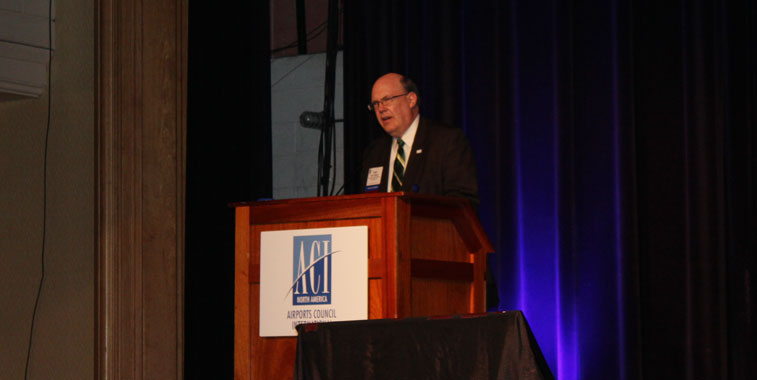 The 2018 ACI-NA JumpStart Air Service Development Conference was kick-started by Todd Payne, Chief of Air Service Development, Cleveland Airport. “Firstly I would like to thank you all for coming to Cleveland and I hope you enjoy your next few days in this great city,” commented Payne. “We last hosted this event in 2011, and I’m proud to say that things have certainly advanced since we were last here. Firstly, we have exceeded our traffic numbers since we lost hub status, highlighting that O&D demand from Cleveland is on the up. Second, in 2018, Airports Council International ranked Cleveland Hopkins Airport as the most improved North American airport in the 2017 Airport Service Quality Survey. The airport team was delighted to earn this recognition, although there is a big difference between being most improved and being the best or highest rated, and that is really our goal,” added Payne. 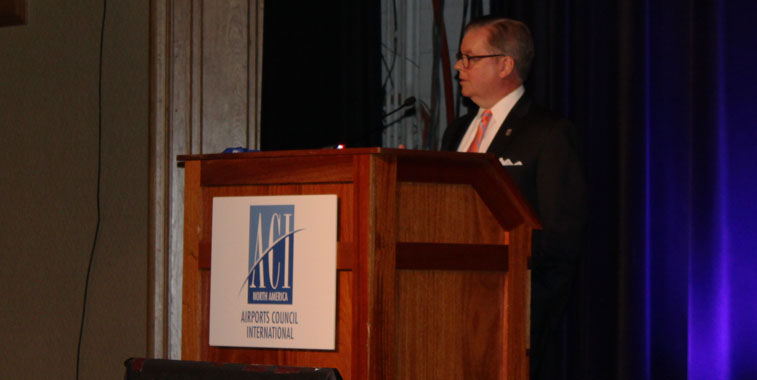 Kevin Burke, President and CEO, ACI-NA spoke of how the Renaissance Hotel in Cleveland was special to him, as it was one of the first venues where he conducted a public speech in his professional career. “We have a great attendance in a great city, with a great airport. This year we have 1,300 one-on-one meetings scheduled, 29 airlines, which is a record, with 195 airports hoping to get more air service after this meeting,” stated Burke. “400 routes have also started because of JumpStart,” added Burke who spoke on the successes that were seen post-event in Providence last year. “Now is the time for more airline competition. We need more competition. More people flying than ever before, and the airline industry needs to be based on competition and not the megaopoply of the four airlines which have 80% of the market,” he added. Also according to Burke, airlines have fought against ideas to foster increased airline competition, including airport efforts to modernise the locally set Passenger Facility Charge (PFC) user fee, opposing Open Skies agreements, and continuing to stack the deck against new market entrants through an outdated global slots system. After Kevin Burke spoke, it was time for the event’s keynote speaker to take to the stage, Ankit Gupta, VP of Domestic Network Planning and Scheduling, United Airlines. Gupta gave an overview of how the airline industry is doing, plus United’s growth and forecast for the coming years. “Between 2010-2016, United shrunk on average by 1% year-on-year, accounting for roughly a 5% loss in seats during that time. However, from now until 2020 we expect to achieve between 4-6% system growth year-on-year,” informed Gupta. This summer, United will add 38 new routes and 16 new destinations. As the company continues its growth, it will focus on its mid-continent hubs of Chicago O’Hare, Denver and Houston Intercontinental. At the same time, it will continue to make investments and changes at its coastal gateway and US East Coast hubs. 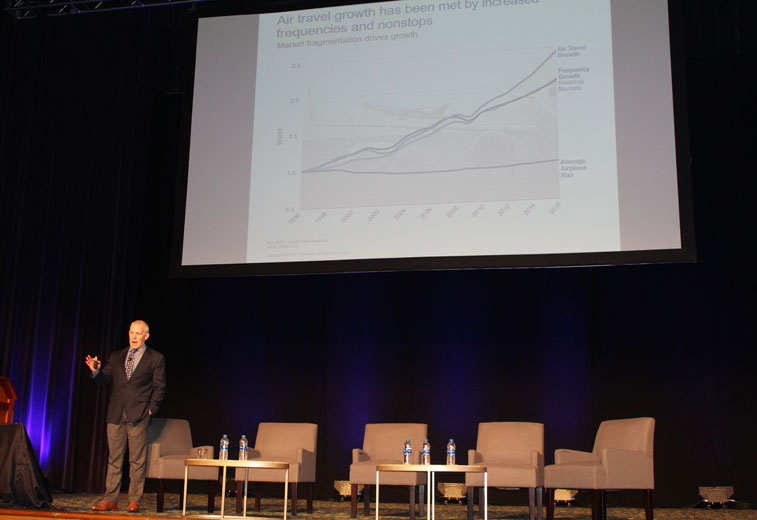 After the lunch break, James McBride, MD Americas, Boeing, took to the stage to talk about its business environment, current market outlook and the trends being seen across North America. “While air travel growth and number of non-stop routes have increased, the aircraft average size has remained consistent,” informed McBride. “Between 2016 and 2036, the number of aircraft in service will double to 46,950. In 1996, North America and Europe accounted for 63% of passenger traffic (RPK), however by 2036 this will drop to 37%, while in 2016 it was 48%,” added McBride who commented on the growing demand for air travel in other geographical regions of the world. “The top five airlines now hold over 80% of system-wide operations for the entire North American region, while more than 180 new non-stop markets now connected with the 787. This has, for example, helped the London to Austin market develop from a 787-8 size market into a 747-400 one.” 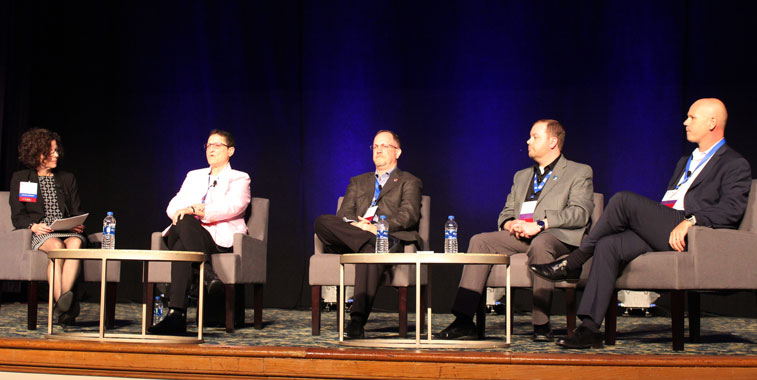 Once all individual presentations had been made during the day’s educational summit, it was time for the first of two panel discussions to take place. The first panel was headed by airlines, chaired by Pat Rowe, Marketing & Public Relations Manager, Milwaukee Airport. She was joined on the panel by: Lesley Conzelman, SVP, Sales and Distribution, OneJet; Adam Decaire, MD Network Planning, Southwest Airlines; Nicholas Haan, Director Network Planning, Alaska Airlines; and Matthew Holliday, Fleet and Network Planning, Flair Airlines. Most of the debate surrounded the airlines’ individual strategies for the next couple of years. “We are looking to convert our airline to an all ERJ fleet,” informed Conzelman on the future fleet operations of OneJet, also highlighting that the carrier’s strategy is to develop non-stop service in underserved markets. Decaire said of Southwest: “We are the number one airline in 24 of the top 50 O&D airports in the US, and we have now retired the 737-300 from the fleet.” Hann of Alaska Airlines stated that: “Our strategy has been, and will be, to increase our relevance to the West Coast and earn our guests’ loyalty. The airline launched 44 new routes in 2017, 32 of which were targeted by increasing presence in California, and by the end of 2018 the airline will have 328 aircraft in the fleet.” Commenting on the development of Flair Airlines, Holliday stated that: “We will exit our remaining charter services, and expanded our schedule to 200 weekly departures. Currently we have seven 737-400s with an average age of 25.3 years. Our first phase of expansion will be to add twice-daily departures to certain routes, while phase two compromises adding new destinations for W18/19. Finally by 2019/2020, Flair Airlines will renew its fleet and look at an enhanced growth strategy.” 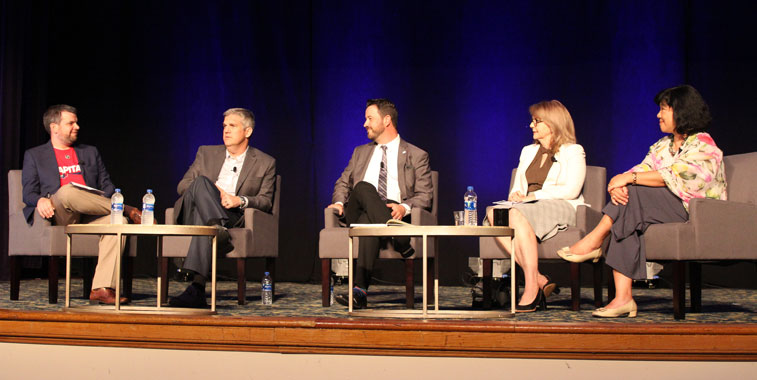 After the airlines had spoken, it was then time to hear the voice of the airports. Chaired by Howard Mann, VP Campbell-Hill Aviation Group, those that took part in the panel included: Kirk Lovell, ‎Director of Air Service & Business Development, Myrtle Beach Airport; Julien Carron, Associate Director, Global Market Development, Greater Toronto Airports Authority; Jamy Kazanoff, Assistant Director, Austin Airport; and Kazue Ishiwata, Senior Manager, Air Service Development, Seattle-Tacoma Airport. Among the airport hot topics discussed were incentives, and how do they vary across airport sizes, navigating facility needs for air service development, how to increase generated support from stakeholders, understanding contracts in your market, plus the different regulations between airports in the US and those in Canada. 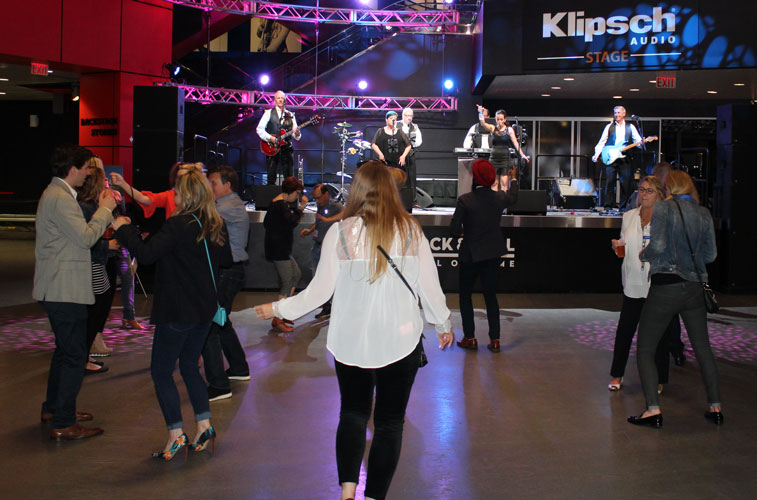 After a busy day of educational sessions, it was time for delegates to head on down to the Cleveland Rock and Roll Hall of Fame for the Networking Reception, hosted by Cleveland Hopkins Airport. Along with fun, food and a tour of the museum, delegates got a chance to boogie on down to live music performed by Grand Avenue Band Cleveland. 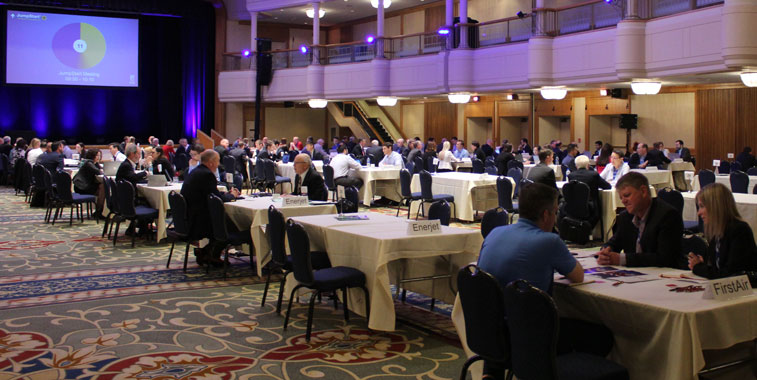 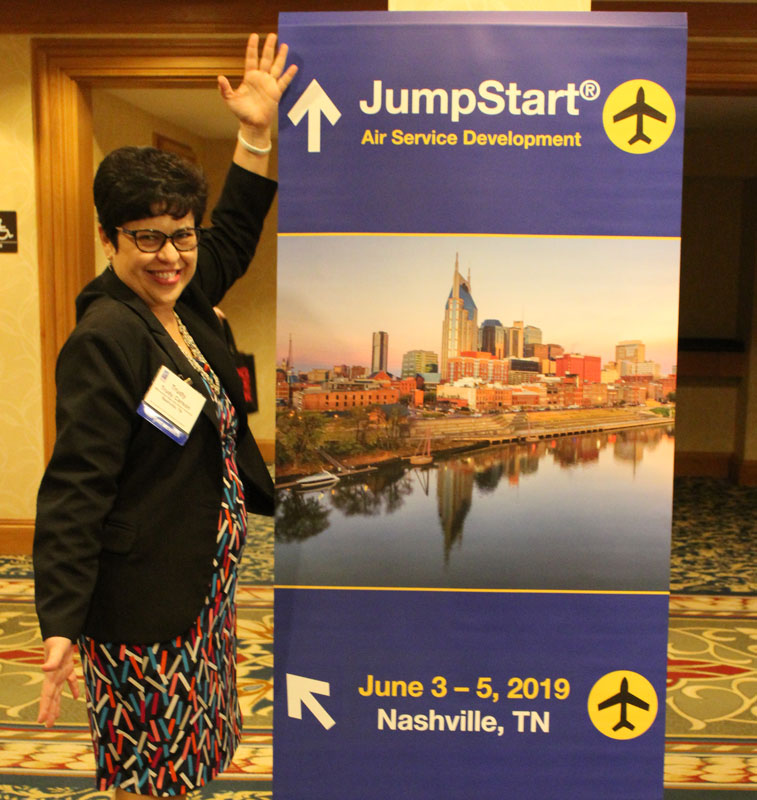