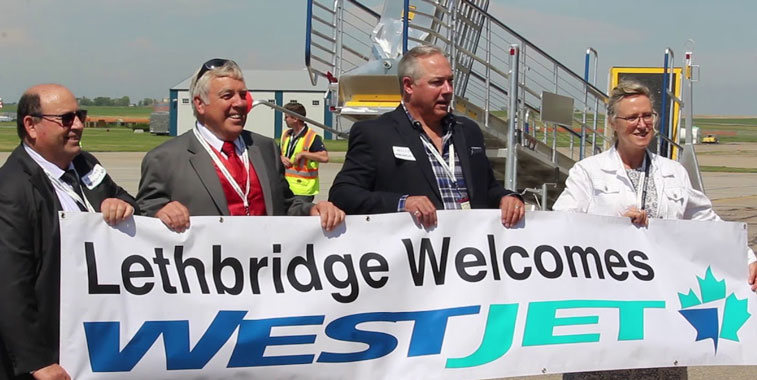 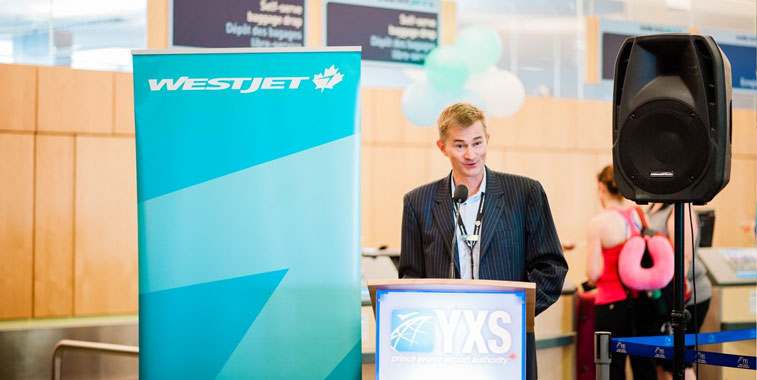 A press conference was held at Prince George Airport to talk about the launch of WestJet Link flights to the city from Calgary. Present at the media briefing was Charles Duncan, President, WestJet Encore. The Saab 340-operated service will operate 20 times weekly according to OAG schedules, competing directly with Air Canada.