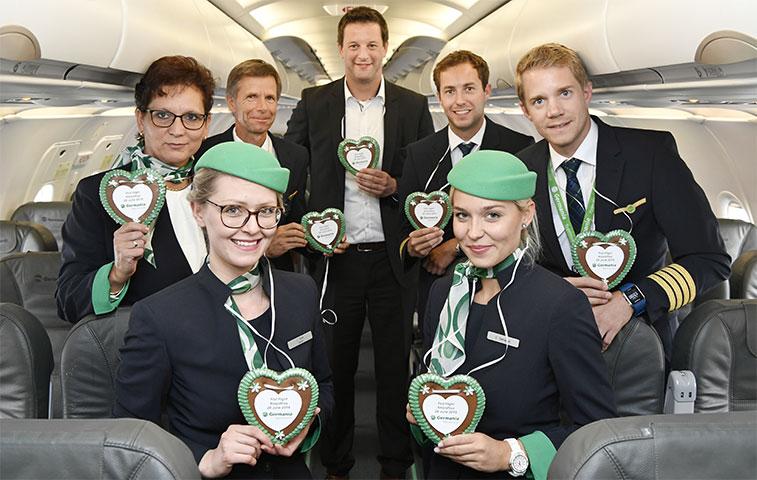 On 28 June, the first Germania flight from Munich to Karpathos took place, departing weekly from the Bavarian state capital. After Kos and Lesbos, Karpathos is the third Greek island Germania is offering direct flights to from Munich. Martin Laubenthal (centre), Director Traffic Development at the German gateway celebrated the first first with the inaugural crew.