AirAsia adds a pair of international routes from Penang 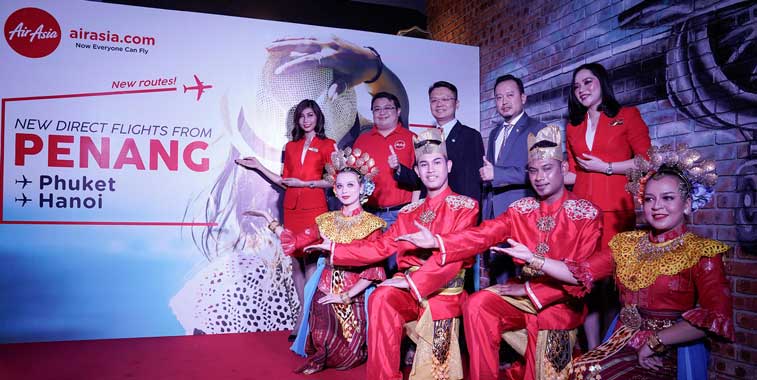 Spencer Lee, Head of Commercial, AirAsia Malaysia; YB Yeoh Soon Hin, Penang State Executive Councillor for Tourism Development, Heritage, Culture and Arts; and Ooi Chok Yan, CEO, Penang Global Tourism, celebrate the LCC’s two inaugural international flights from Penang to Hanoi and Phuket on 1 July along with crew members and local cultural performers. There is no direct competition on the Hanoi sector, however flights to Phuket will go head-to-head with Firefly. Schedules show AirAsia will serve 10 destinations from Penang in S18 based on current OAG schedules.