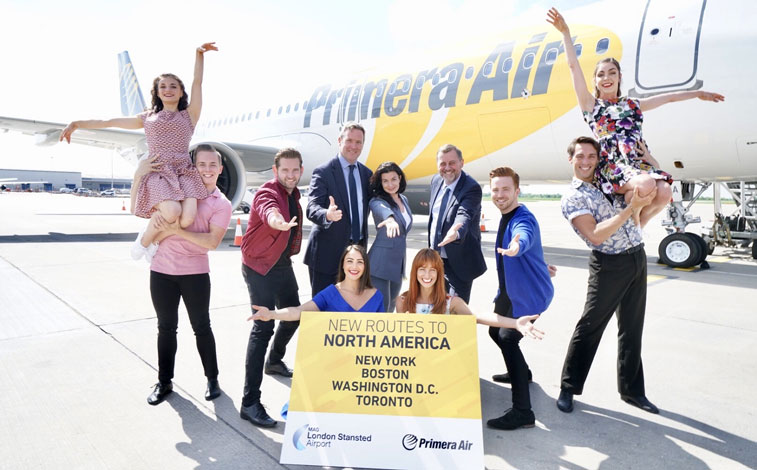 Primera Air took delivery of its first A321neo in April, with the carrier using the aircraft type on its new low-cost long-haul transatlantic services from London Stansted, and soon Paris CDG. Among those pictured with the first aircraft, registered OY-PAA, to celebrate the new North American routes from the UK capital city are Ken O’Toole, CEO, London Stansted (fourth left), and Anastasija Visnakova, CCO, Primera Air (centre). Overall 12 A321s were delivered to nine customers in April, with Alaska Airlines and Volaris also taking A321neos from the European manufacturer.

Airbus and Boeing, having matched their combined productivity rate of Q1 2017 in Q1 2018, fell back in April by seeing unit deliveries fall 3.1% versus the same month of last year. Overall the North American and European manufacturing giants distributed 95 aircraft in April (98 in April 2017), with 74% of these being single-aisle models, while the remaining 26% were wide-body variants. It should also be noted that April’s deliveries reveal that 28% of aircraft (27 units) went to LCCs, with the rest going to either full-service, hybrid, private or cargo operators.

Between the two companies, Airbus, for the first time in 2018, was the leading manufacturer when it came to aircraft handovers. The European giant distributed 51 units in April, with Boeing only managing 44. The result means that Airbus has closed the gap on its North American rival in the 2018 delivery race, however the Seattle-headquartered company still maintains a healthy 56-unit lead over Airbus when it comes to the number of deliveries for the first four months of 2018, with it totaling 228 units versus Airbus’ 172. 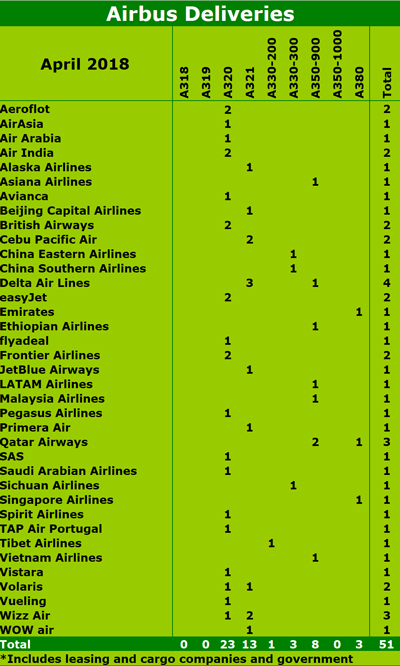 During April, Airbus handed over 51 aircraft, up 11% when compared to the 46 units that it delivered during the same month of 2017. However, the result is five less than its achievement of March this year (56 units). During the fourth month of 2018, Airbus distributed 36 single-aisle and 15 wide-body aircraft. This compares to 36 narrow-body and 10 wide-body deliveries in April 2017.

Overall Airbus delivered aircraft to 37 airline customers in April 2018. It should be noted that 13 of the carriers that received Airbus aircraft in April are Asia based, with 10 being European based, eight Americas based, five Middle East based, and one African based.

The most popular aircraft type to be delivered in April was the A320 (23 units, down from 27 in March), followed by the A321 (13 units, down from 18 units in March). Aeroflot, Air India, British Airways, easyJet and Frontier Airlines were the leading customers of the A320, with each carrier collecting two units respectively. The number one recipient of the A321 was Delta Air Lines, with it collecting three, while Cebu Pacific Air and Wizz Air both picked up two of the type each.

Looking at the wide-body market, Airbus handed over 15 aircraft, four more than it achieved in March. The A350-900 was the premier model for the world’s airlines, with eight being handed over to seven airlines, with Qatar Airways collecting two during the fourth month of 2018. Along with the A350-900, three A330-300s, one A330-200, plus three A380s were distributed in April, with Emirates, Qatar Airways and Singapore Airlines all receiving a factory-fresh double-decker aircraft. 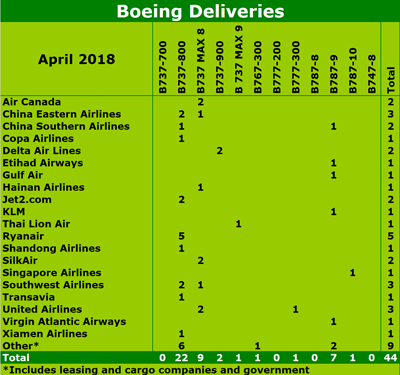 Boeing distributed a total of 44 aircraft in April, down 15% from the 52 units it managed to deliver during the same month of the previous year, and 52% worse when compared to the 91 aircraft it managed to distribute in March. Boeing’s unit deliveries in April were made-up of 34 narrow-body and 20 wide-body variants. This compares to a 38/14 split in April 2017.

Like Airbus, Boeing’s customers in April came from multiple geographic locations around the world, with eight being Asia based, five Americas based, five European based, two Middle East based, with the rest of the unit deliveries going to either cargo or private users.

The most popular Boeing aircraft type to be delivered in April was the 737-800, with 22 units being distributed. Ryanair was the leading customer of the -800 series once again, with it collecting five in April. This comes off the back of the Irish ULCC picking up seven of the type in March. The 737 MAX 8 was also a highlight, with Boeing noting nine hand overs during the fourth month of 2018. Having delivered its first-ever 737 MAX 9 in March, Boeing delivered its second of the model in April, with it too going to Thai Lion Air, the aircraft launch customer. Two 737-900s were also delivered in April, with both destined for Delta.

With regards to Boeing’s wide-body production, the most memorable delivery for April 2018 was Singapore Airlines receiving its second 787-10, with the Star Alliance member having collected its first one during the previous month. To date it is still the only airline operating the stretched version of the type. Along with the 787-10, seven 787-9s were also handed over to customers in April, including Gulf Air which received its first one. “We are delighted to welcome Gulf Air’s newest aircraft, a game-changer for the Kingdom’s national carrier that will not only elevate Gulf Air’s product and service offering and passenger experience but will also allow us to expand our network in a strategic manner,” commented H.E Zayed R. Alzayani, Chairman of Gulf Air, on the arrival of the aircraft into the airline’s fleet. 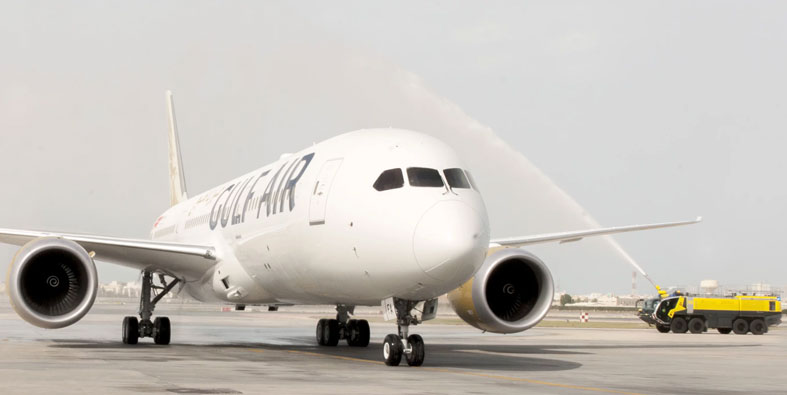 Gulf Air flew its first-ever 787-9 back to Bahrain in April, fresh from the factory, with Bahrain Airport greeting the aircraft with a water arch salute as it pulled onto stand. “We are delighted to welcome Gulf Air’s newest aircraft, a game-changer for the Kingdom’s national carrier that will not only elevate Gulf Air’s product and service offering and passenger experience but will also allow us to expand our network in a strategic manner,” commented H.E Zayed R. Alzayani, Chairman of Gulf Air. So far the aircraft is being used on routes to Casablanca and London Heathrow from Bahrain.