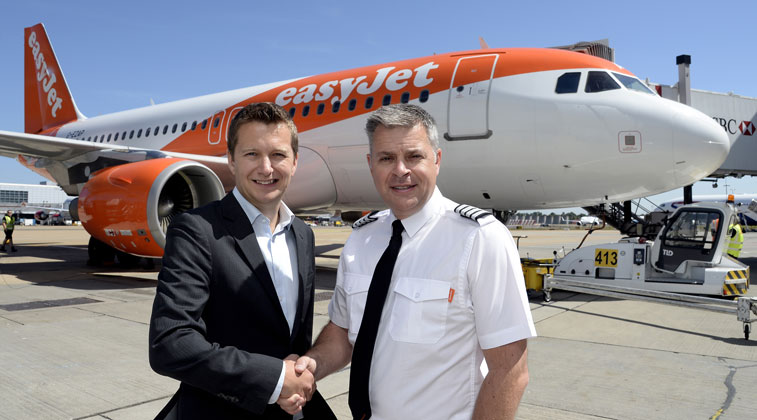 easyJet and London Gatwick celebrated the launch of flights from the UK airport to Ancona in Italy and Volos in Greece on 27 June. Seen shaking hands with the captain of the inaugural flight to Volos is Stephen King, Head of Airline Relations, London Gatwick. “The UK’s only direct service to Volos, and twice-weekly flights to Ancona, are both very exciting additions to Gatwick’s extensive short-haul network for the summer. These stunning, untapped destinations are inspired choices for a summer break, and it’s fantastic that our passengers can now reach them direct from Gatwick,” commented King. Ancona is already linked to London by Ryanair which offers flights from London Stansted. 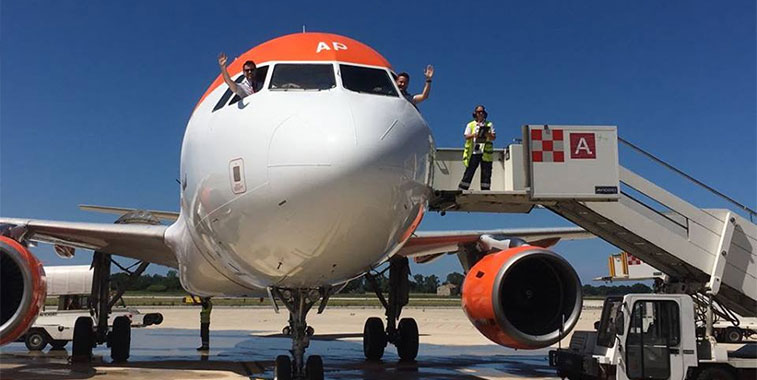 easyjet launched two routes from its biggest base at London Gatwick this week, adding a twice-weekly service to Volos as well as a twice-weekly operation to Ancona. The flight crew of the LCC’s inaugural flight from the UK were clearly happy to have arrived in the Marche region of central Italy, before heading back to Gatwick.