Ryanair expands its offerings from Bratislava and Bremen 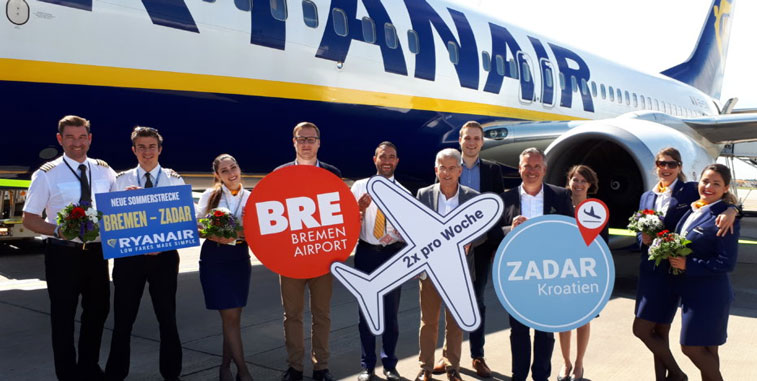 Ryanair launched its latest route from Bremen on 2 July, a twice-weekly (Mondays and Fridays) service to the Croatian city of Zadar. Among those present at the launch, along with the inaugural flight crew, were: Sebastian Maurans, Head of Sales, Bremen Airport (fourth right); Elmar Kleinert, CEO, Bremen Airport (centre); and Johannes Römer, Sales and Marketing Executive DACH, Ryanair (fifth right). The carrier faces no direct competition on the 1,102-kilometre sector.