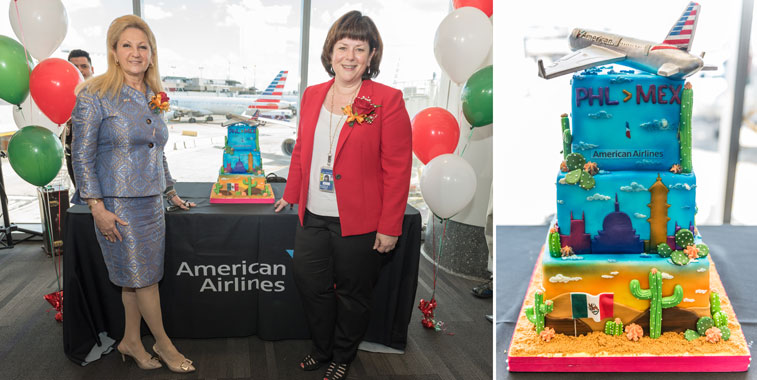 American Airlines launched a daily service between Philadelphia and Mexico City on 5 July, with the US airport baking this fantastic cake to commemorate the new service, with the culinary masterpiece having been made by Night Kitchen bakery, a company with over 30 years baking expertise. Seen posing with the route launch party showstopper are Olympia Colasante, VP Philadelphia Operations, American Airlines and Chellie Cameron, CEO of Philadelphia Airport.