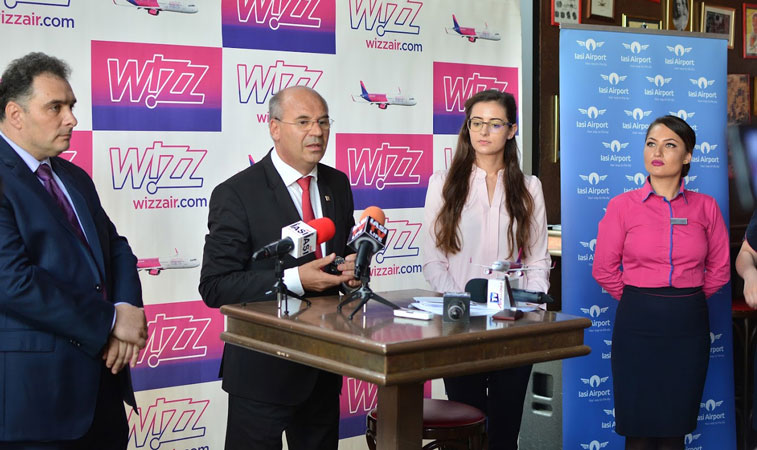 A press conference was held at Iasi Airport this week to talk about Wizz Air basing its second A320 and the opening of new routes to Billund, Brussels Charleroi, Dortmund, Eindhoven, Malmö, Paris Beauvais and Thessaloniki. Present to take part in the media briefing were: Cătălin Bulgariu, Director, Iasi Airport; Maricel Popa, President of Iasi County Council; and Sorina Ratz, Acting Head of Corporate Communications, Wizz Air. The airline now has two A320s based at Iasi.