In the 2018 Arch of Triumph competition we have been keeping a tally of the business model types used by the airlines receiving the now 313 airport marketing baptisms entered this year. Over the past few weeks, the full-service carriers have been upping their collective game and have pulled away from LCCs. The former business model has received 50% of all water arches this year (157 entries), more than 30 more than low-cost carriers, which are in second spot on 40% (126 entries). Regional carriers seem to have third spot sewn-up, with 22 FTWAs (7%), more than twice the amount sent in for leisure carriers (3%). Keep Monitoring!!! 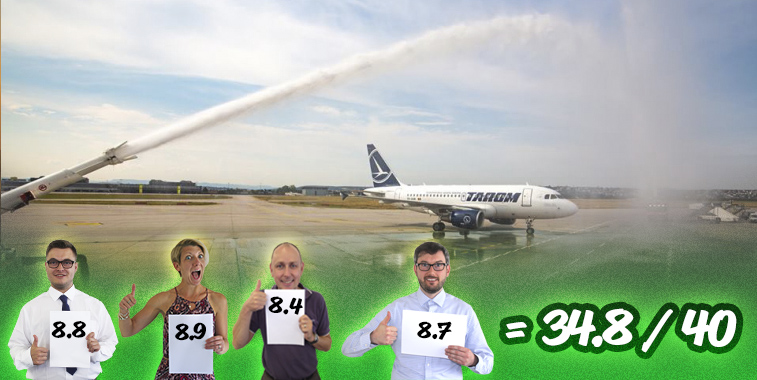 Judges’ comments: This is only the third FTWA that TAROM has received so far during 2018, with the first one being last week, and two this week. With its meagre tally of three water arches this year, the Romanian flag carrier is unlikely to be troubling those airlines which have received the most airport marketing baptisms. Ryanair leads the way with 13, ahead of American Airlines and easyJet (both on 11), as well as Qatar Airways (on 10). 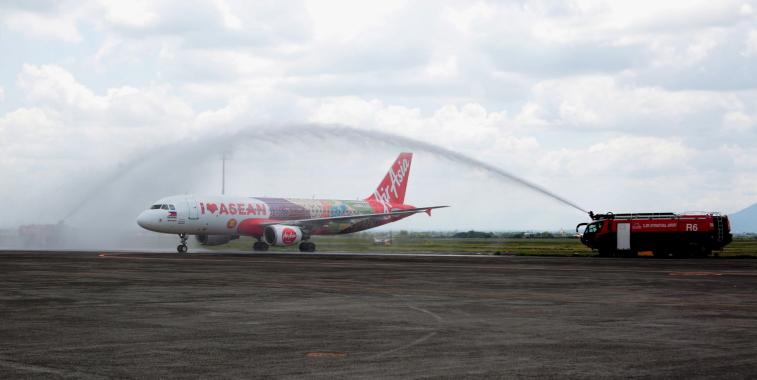 Judges’ comments: You might love ASEAN (Association of Southeast Asian Nations)…but we love FTWAs more…and this is a Peach (ooops…that’s another Asian LCC). For those of you that don’t know, ASEAN is a regional intergovernmental organisation comprising ten Southeast Asian countries that promotes intergovernmental cooperation and facilitates economic, political, security, military, educational, and socio-cultural integration amongst its members, other Asian countries, and globally. Well what better than airline route launches to promote ASEAN’s objectives. 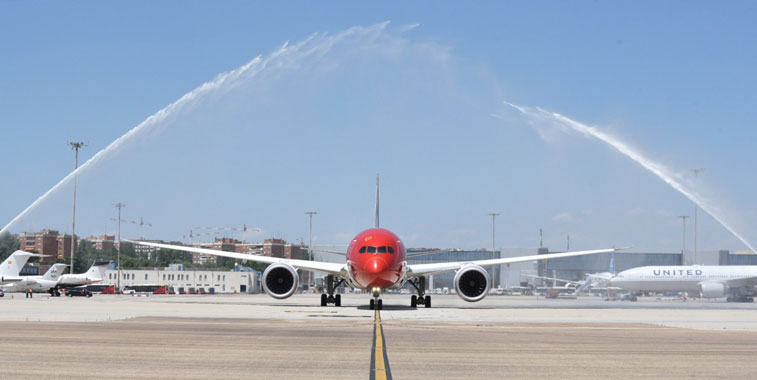 Judges’ comments: By adding Madrid to its long-haul network this week, Norwegian is certainly heating up the fire in the battle between legacy carriers and LCCs in the transatlantic market, and even with Madrid giving Norwegian’s shiny 787-9 a respectable water arch salute, one of the USB3 just had to photobomb it to show that the new entrant can’t have all of the glory… 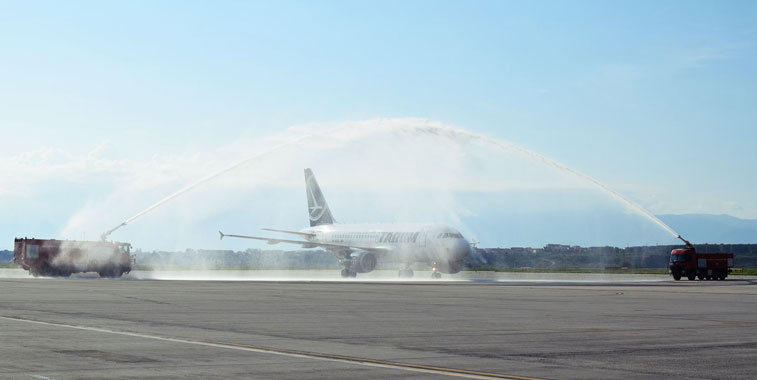 This TAROM aircraft got two washes this week…

Judges’ comments: What the Sibiu firefighters did not know this week was that they would be the first of two airports to give this aircraft a water arch salute, as their German colleagues also gave the A318 one upon arrival in Stuttgart (see above). While this effort is by no means bad, the angle of the photographer at the German airport certainly gave them the upper hand in this week’s competition…