Stuttgart Airport displays its first ever Arch of Triumph certificate 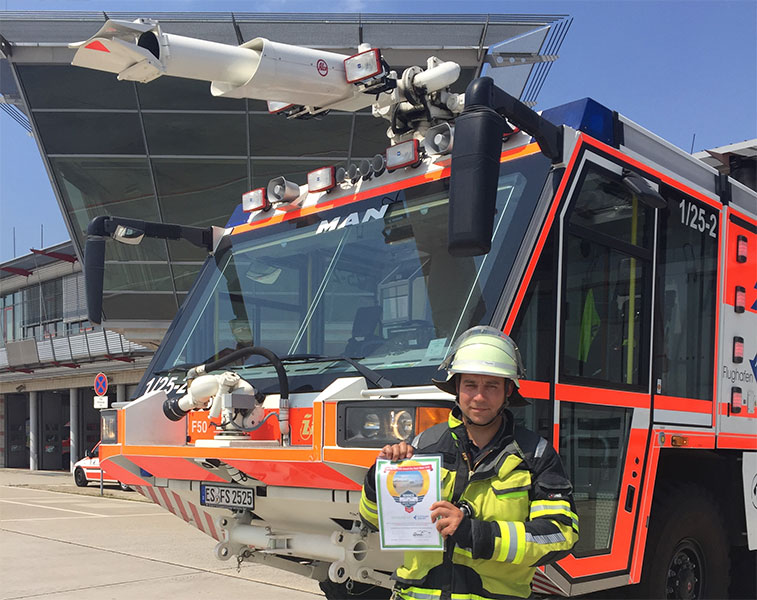 Last week Stuttgart Airport took home the Arch of Triumph win with a score of 34.8 for the water arch its firefighters delivered to mark the start of TAROM’s new service from Sibiu. The certificate will obviously be pride of place on the wall in the funky-looking fire station at the German airport.

This week’s winner failed to make it onto the 2018 Arch of Triumph leader board, coming in at joint 19th place out of the 29 weekly victors. Looking at the table below, an airport now needs an average score of around 9.1 per anna.aero judge (there are four of us) to scrape in 10th position. Dubrovnik Airport managed a tally of 32.4 this week, which is just ahead of the average winning result of 32.2 for the 29 champions so far in the 2018 competition. The last entrant into the top 10 was in Week 26, when Billund Airport jumped into fourth spot with its salute for LOT Polish Airlines’ arrival. Keep Monitoring!! 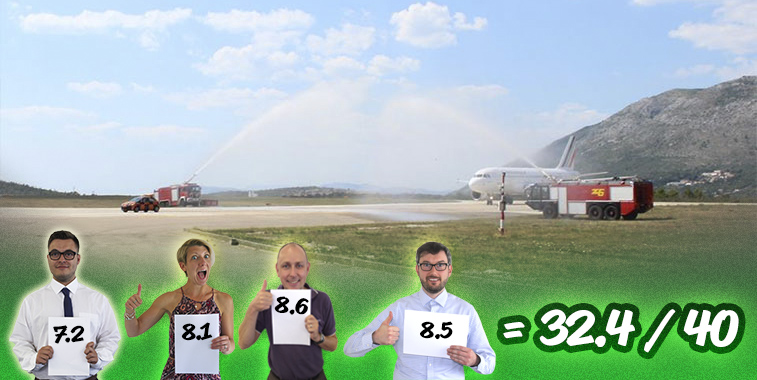 Follow me to a great Croatian water arch…and our second win of 2018.

Judges’ comments: This FTWA is perhaps two seconds away from greatness. In two seconds the Air France aircraft would have been directly below the apex of the water arch. In two seconds perhaps the right-hand tender will have increased the pressure on its water jet. In two seconds you will have finished reading the fact that the Croatian airport has won this week…for the second time this year! While it did not win the World Cup, Croatia is certainly a winner when it comes to FTWAs, even if this was for a route launch from France… 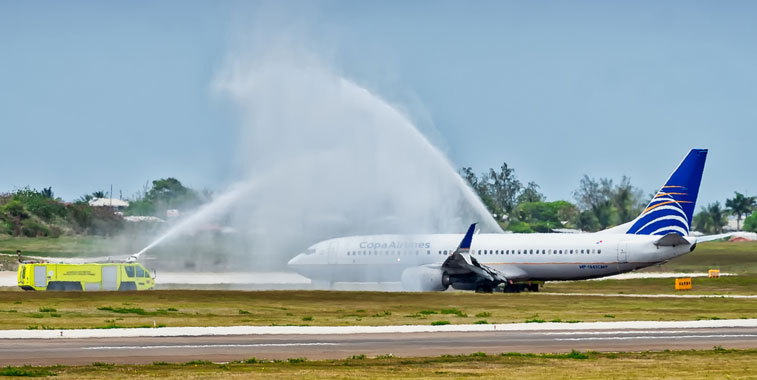 Judges’ comments: This is a rare breed indeed. The only thing more rare than a FTWA from the Caribbean region is one from Antarctica…and we have never had one of those in five years of competition…and somehow I don’t think we will ever get one either!! This is only the fourth water arch from the Caribbean this year…and as such the region represents just 1.3% of all new route celebrations we have received in 2018. 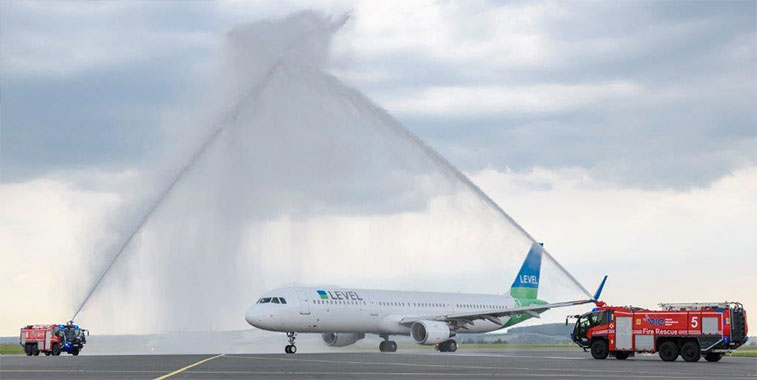 The Vienna firefighters did their LEVEL best to create this FTWA…

Judges’ comments: The vital elements of this FTWA are all there. We have prominent airport and airline branding and a well-constructed water arch. However for the anna.aero judges this FTWA is just a smidge too angular to reflect the optimum new route baptism…the pair of leaping dolphins. Still not a bad effort from the Austrian capital… 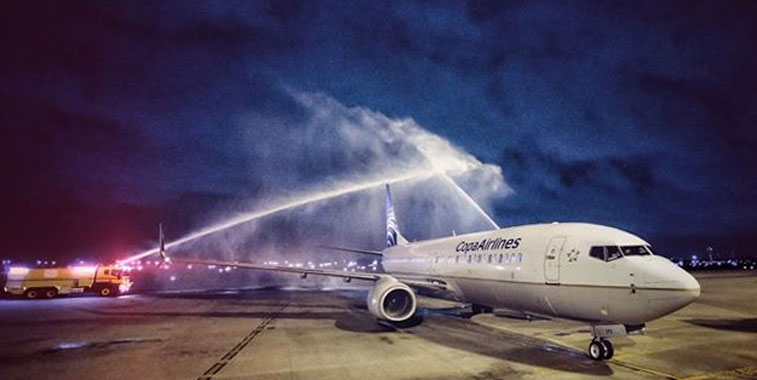 Judges’ comments: It has taken until the third week of July for the anna.aero judges to receive its first FTWAs for the Panamanian flag carrier…and here we are with two in the same week!! The hub and spoke carrier had no FTWAs to welcome it onto new services last year, but did receive three in 2016 and one in 2013. However the airline’s water arch high point was in 2015, when it accepted watery baptisms on four occasions… 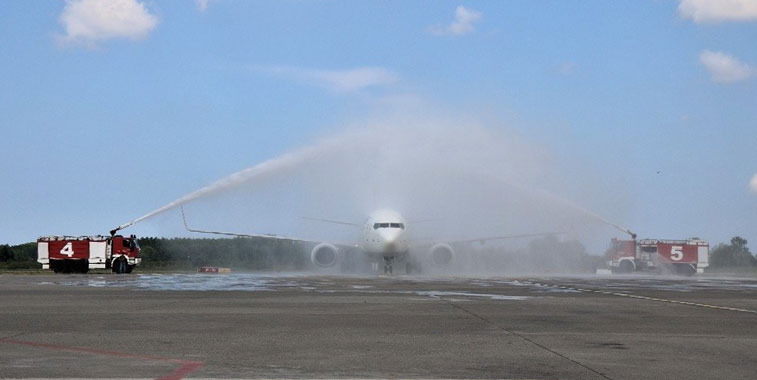 Judges’ comments: As a firefighter at Samsun Airport in Turkey, you would never be forgiven for getting in the wrong fire tender. “Ozlem…what are you doing in tender #4…you should be in truck #5 on this run…couldn’t you see the giant number on the side?” 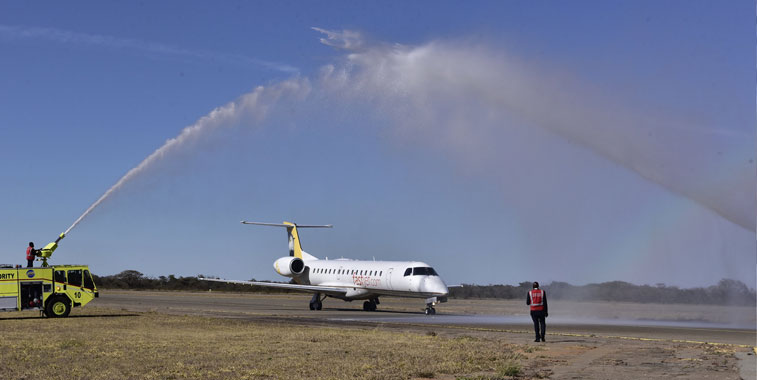 Yes I definitely have the best view of this water arch!!

Judges’ comments: There is nothing like getting up close and personal to a route launch water arch…and our airport colleague in the red hi-viz vest is so close and so personal that he can probably feel drops of water from the FTWA on his face!! Why didn’t he take a picture for us??