With its third win so far in 2018 this week, South America’s firefighters have now claimed 10% of all Arch of Triumph victories. The region is now just one win behind the joint second-placed regions of Asia and Australasia, which both have four wins a-piece. The latter still has the best wins/entry ratio (0.5) of all parts of the world, with one win for every two FTWAs entered into the competition. Europe still dominates the airport marketing tussle overall, with a commanding 16 victories from 30 weeks of competition (win/entry ratio of 0.086). Africa and the Caribbean remain the only two of the nine global regions yet to have notched a weekly win so far this year. Keep Monitoring!! 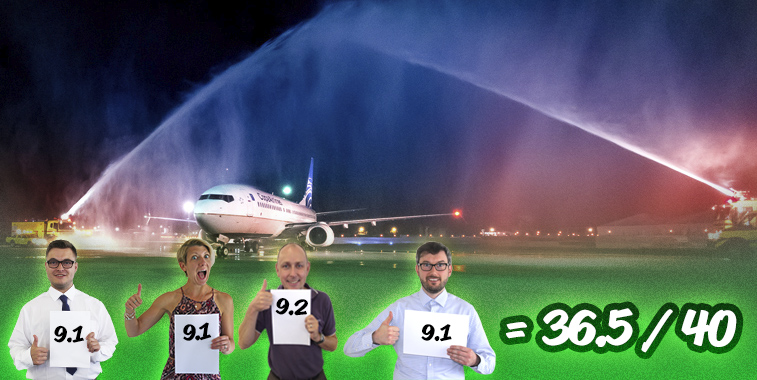 There are good night-time FTWAs…there are great ones…and then there is this one!!

Judges’ comments: This FTWA is just a few degrees away from Arch of Triumph greatness. The water jets are just a little bit too angular for the full appreciation of the anna.aero judges. If the pressure being emitted from both tenders was a bit less, we would have something more akin to the highly sought after pair of ‘leaping dolphins’ that often secures an airport’s firefighters top marks. Still good enough to win this week’s competition… 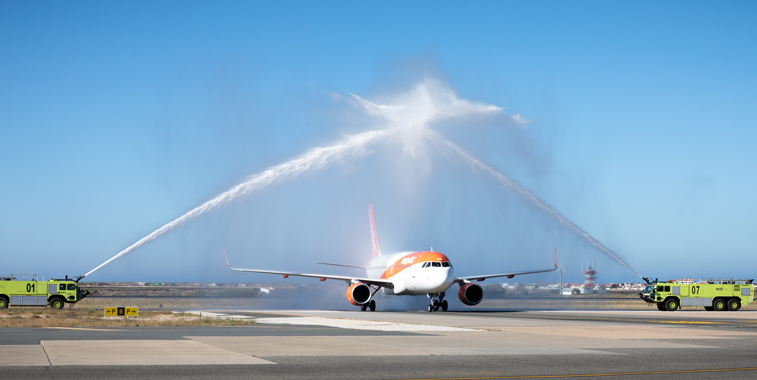 Judges’ comments: Portuguese firefighters have got used to winning the weekly Arch of Triumph competition this year, having secured three titles so far in 2018, a tally matched by Croatia. However, both European countries are usurped by Australia, which has notched four victories since January – the most of any individual country. Strewth!!