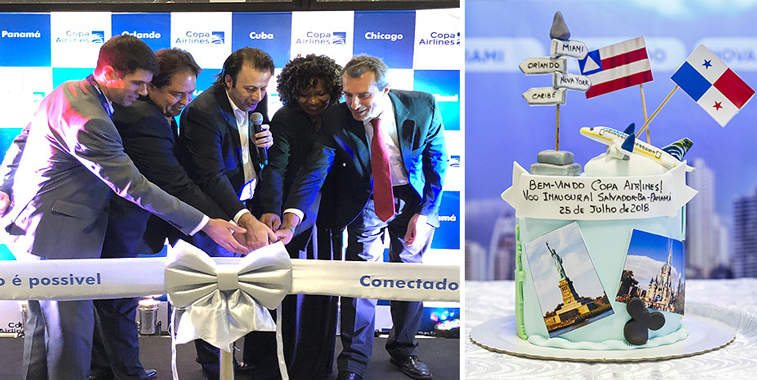 Naples celebrated the launch of flights to Faro with this easyJet-coloured surfing-themed cake. The LCC also launched a three times weekly service to Alghero from Naples on the same day. 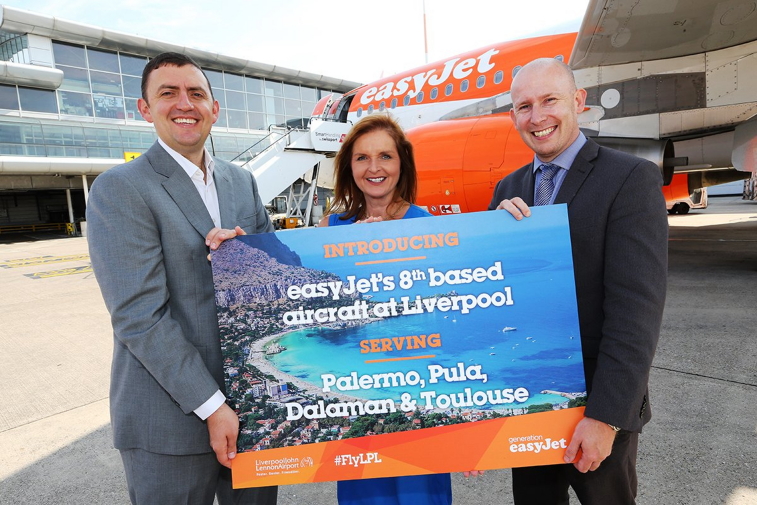 Pictured in Liverpool to celebrate easyJet’s expansion are: Robert Carey, Chief Commercial & Strategy Officer, easyJet; Ali Gayward, UK Country Manager, easyJet; and Paul Winfield, Aviation Director, Liverpool Airport. Regarding the launch, Winfield commented: “The arrival of easyJet’s eighth based aircraft here at Liverpool John Lennon Airport and the four new routes that this brings, further demonstrates its commitment to the Liverpool market. easyJet has also upgraded two of its A319 aircraft already based here to the larger A320 model, further increasing seat capacity, which along with these latest new routes gives more passengers from across the North West and North Wales, the opportunity to experience our best in class, faster, easier friendlier customer experience.” easyJet’s expansion at Liverpool means it now has five A320s and three A319s based this summer, serving 29 routes. It should be noted that although Liverpool and easyJet also promoted the recently announced service to Toulouse, this does not begin until the W18/19 season. 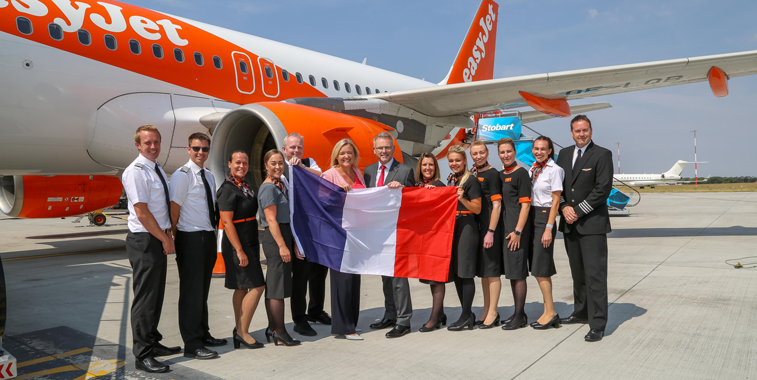 On 25 July easyJet launched flights from London Southend to Bordeaux, one of four routes to be launched by the airline from the London airport this week. Pictured at the first flight ceremony on the apron along with some based crew are Sophie Dekkers, Director of UK Market, easyJet, and Jon Horne, COO of London Southend Airport. 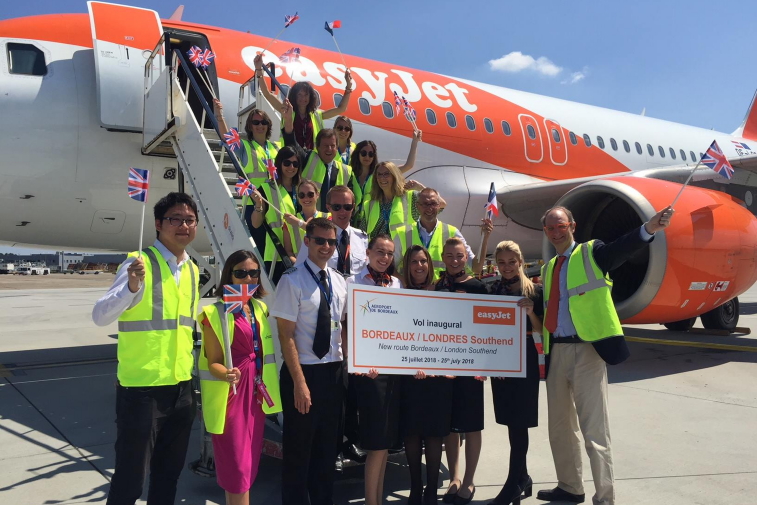 The crew, dignitaries and CEO of Bordeaux Airport, Pascal Personne (right), also celebrated the launch of services by easyJet from London Southend. Along with Southend, easyJet also serves Bordeaux from its bases at London’s Gatwick and Luton this summer. Southend services will operate three times weekly this summer. 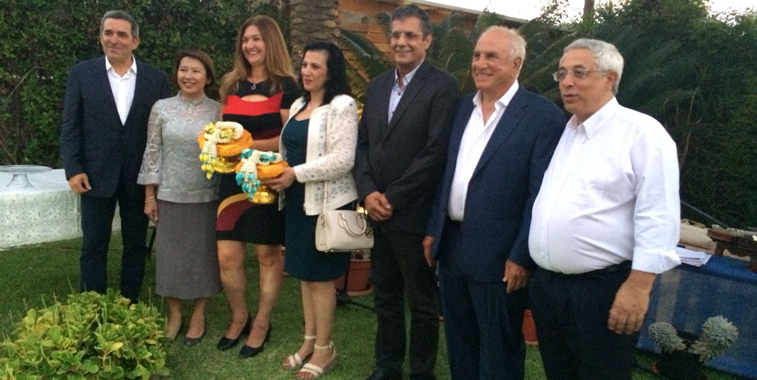 Nir Dagan, CEO of Arkia Israeli Airlines (left), recently hosted a number of dignitaries and VIPs, including Penprapa Vongkovit, Ambassador of Thialand to Israel (second left) at a party to celebrate the start of the carrier’s twice-weekly service between Tel Aviv and Bangkok Suvarnabhumi, a route which began on 24 July. 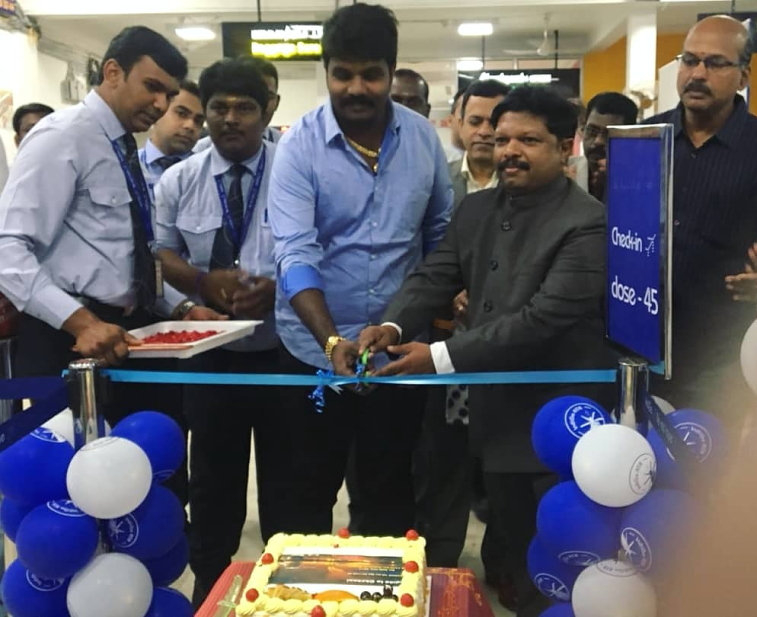 Dignitaries welcome the launch of IndiGo’s new service to Tuticorin from Chennai on 26 July. The route is operated three times per week using an ATR 72. The Indian low cost carrier also launched services to Kozhikode from Chennai on the same day.

Parked on stand at Malaga Airport, just in front of the control tower, on 30 July is LEVEL’s inaugural service from Vienna. The IAG in-house LCC will offer a three times weekly (Mondays, Wednesdays and Fridays) service on the 2,132-kilometre city pair using its A321s, and will initially have four of the type based in the Austrian capital. 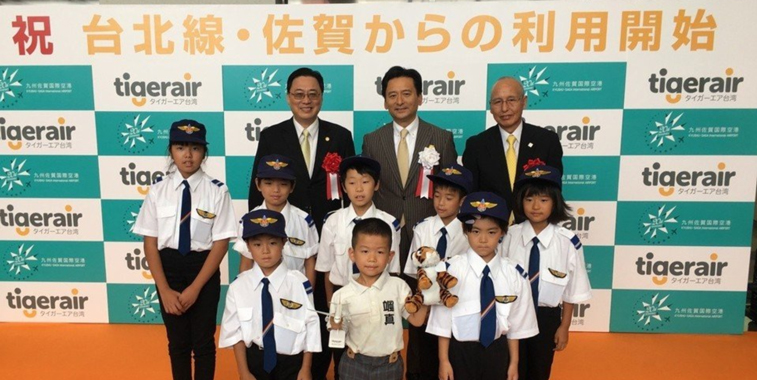 Among those present at the launch of Tigerair Taiwan’s new service from Taipei Taoyuan to Saga in Japan were Zhang Hongzhong, Chairman, Tigerair Taiwan (back left) and Yamaguchi Xiangyi, Governor of Saga (back centre). The service will be operated twice-weekly using A320s, with the LCC being the sole operator on the city pair.