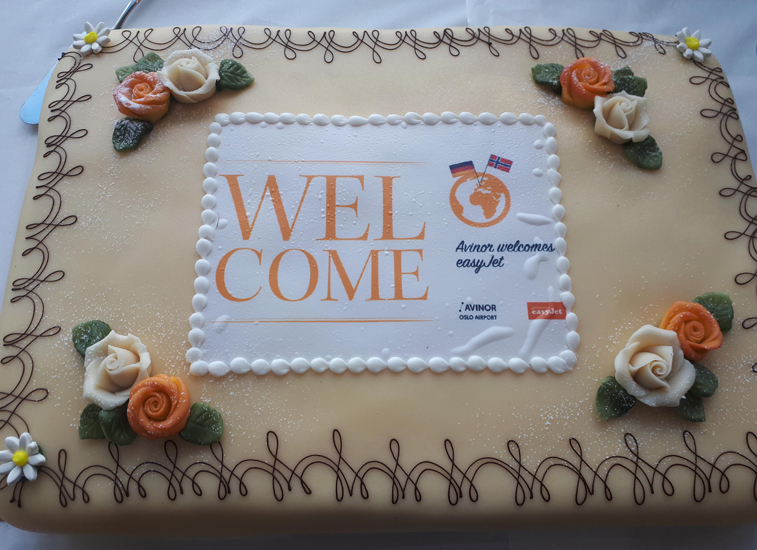 easyJet launched flights between Berlin Tegel and Oslo Gardermoen on 1 August, heralding the return of easyJet to Norwegian skies for the first time in four years, having ended flights between London Gatwick and Bergen in June 2014. With the capital of Oslo celebrating the arrival of easyJet, Gardermoen baked a cake to mark the occasion. 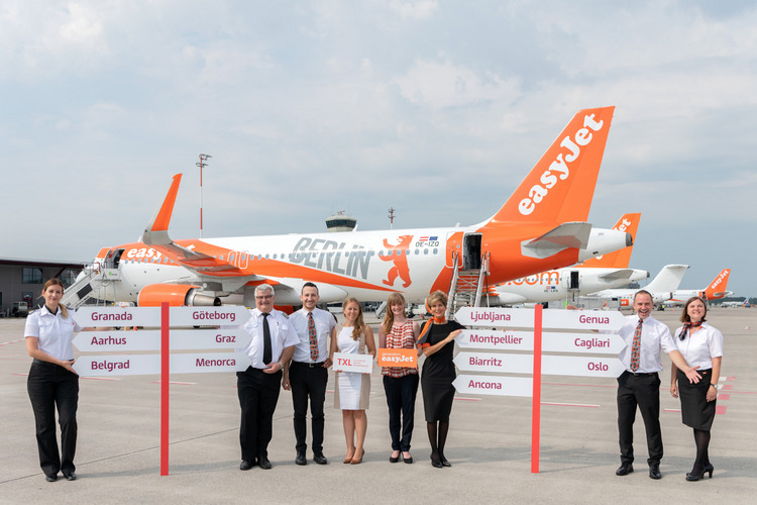 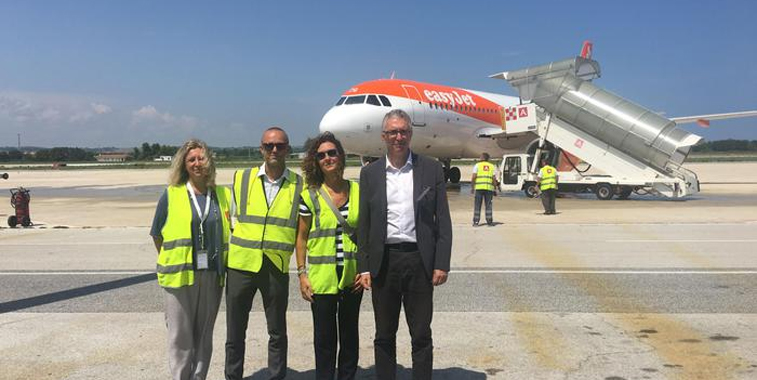 easyJet only introduced Ancona to its network on 27 June, launching a twice-weekly service from London Gatwick. This week saw the LCC add a second route to the Italian airport, this time from Berlin Tegel on 3 August. Seen at the launch of the route from the German capital are: Federica Massei, Sole Director of Aerdorica SPA; Luca Colombo, Ground Operations Manager Italy, easyJet; Silvia Ceccarelli, Director Central Regions, ENAC; and President of the Marche Region, Luca Ceriscioli. The airline will operate its Ancona service twice-weekly (Mondays and Fridays). 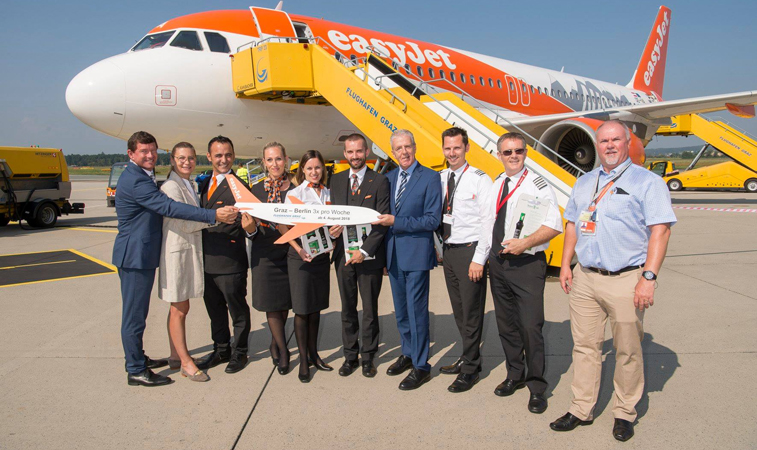 Among those at the launch of easyJet’s new route between Berlin Tegel and Graz allowing with the first flight crew are: Jürgen Löschnig, MD of Graz Airport; Daniela Gmeinbauer, Representative of the city of Graz; Gerhard Widmann, MD of Graz Airport; and Russ Smith, Ground Operations Manager Germany & Austria, easyJet. 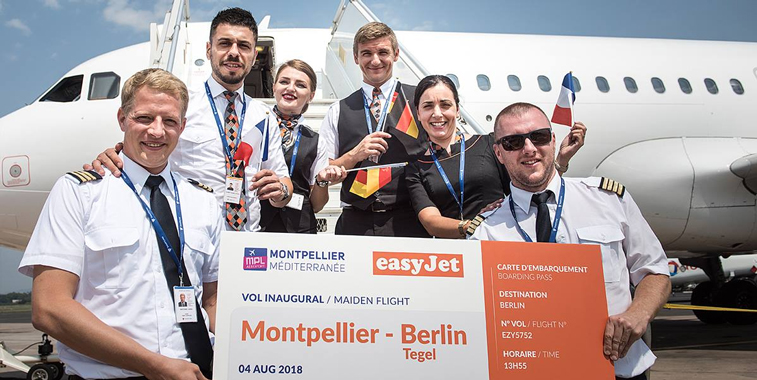 easyJet added Montpellier to its Berlin Tegel network on 4 August, with the inaugural flight crew celebrating the launch on the apron after performing the first service. The carrier already serving the French airport this summer from Basel, London Luton and London Gatwick, with Tegel services scheduled to operate twice-weekly. 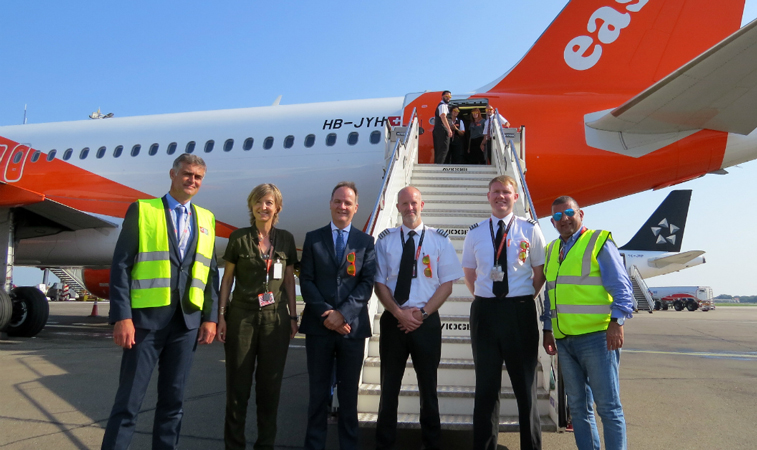 Along with expanding from Berlin Tegel this week, easyJet also added three new routes from Basel, with one of those being Belgrade. Among those at the launch of the airline’s first flight between the two cities was Silvia Herrero, Head of Marketing Central Europe, easyJet (second left). 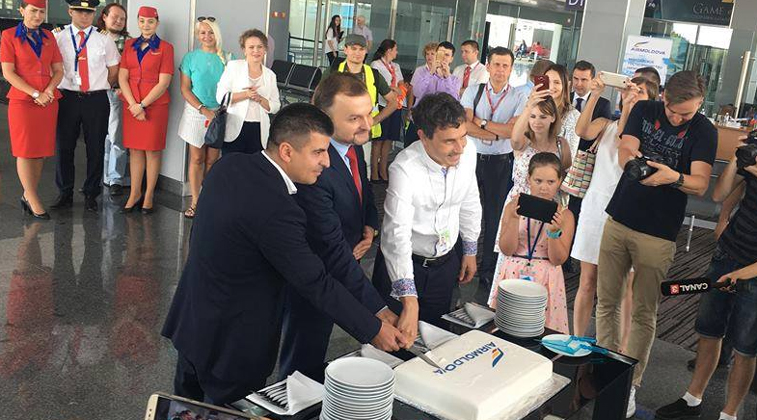 A cake cutting ceremony was held at Kiev Boryspil on 1 August, baked to mark the launch of Air Moldova’s new route from Chisinau. Seen cutting the cake are: Victor Sula, Vice-Director, Air Moldova; Ruslan Bolbocean, Ambassador of the Republic of Moldova in Ukraine; and Maxim Voloshin, Commercial Director, Kiev Boryspil Airport. The carrier will offer six weekly flights on the 406-kilometre sector using its mixed fleet of E190s and A319s. 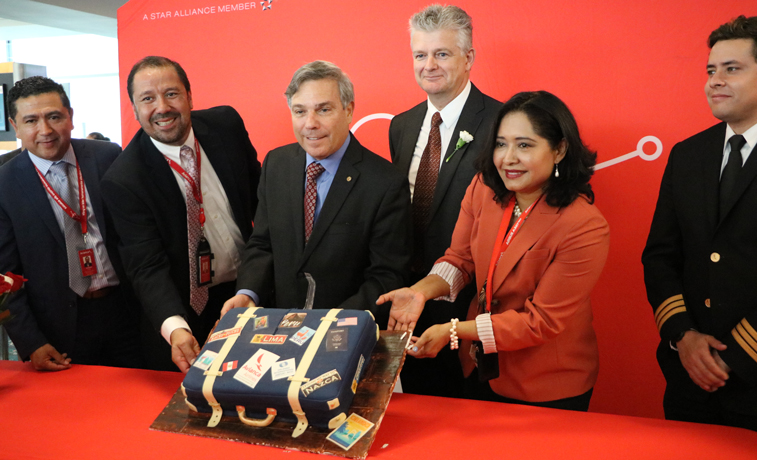 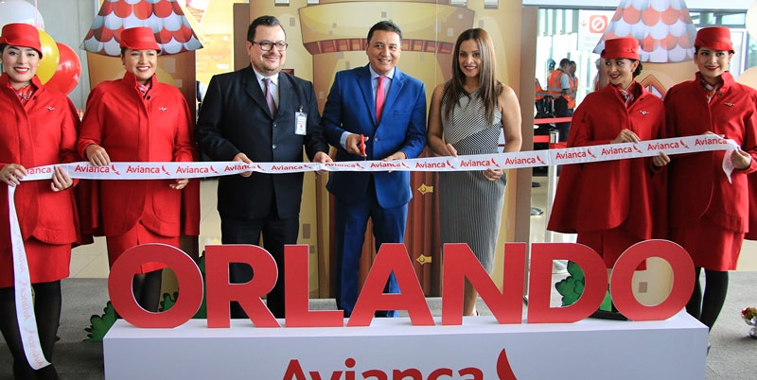 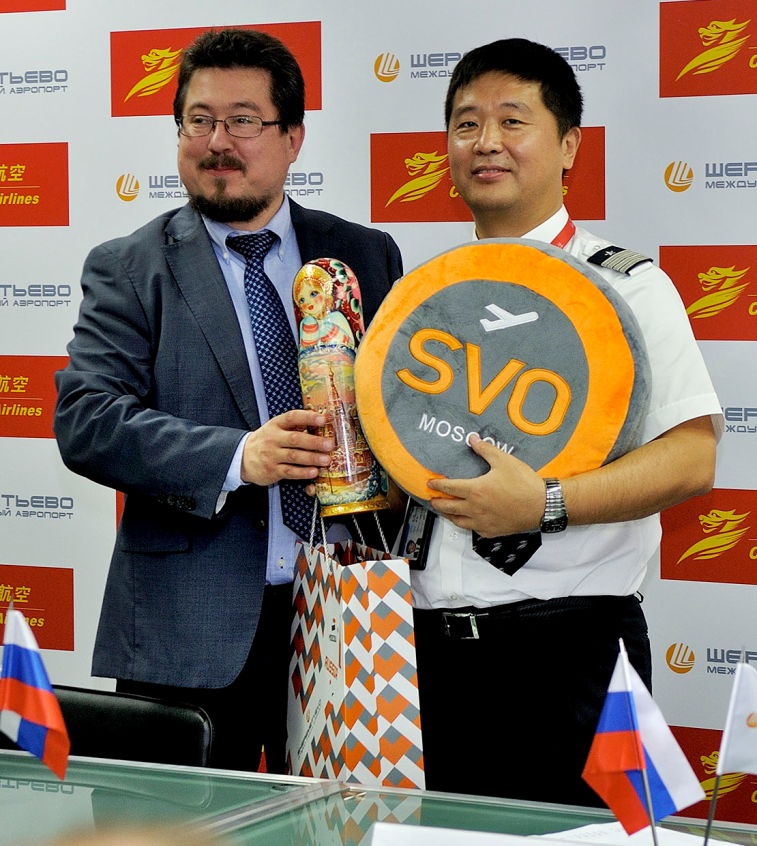 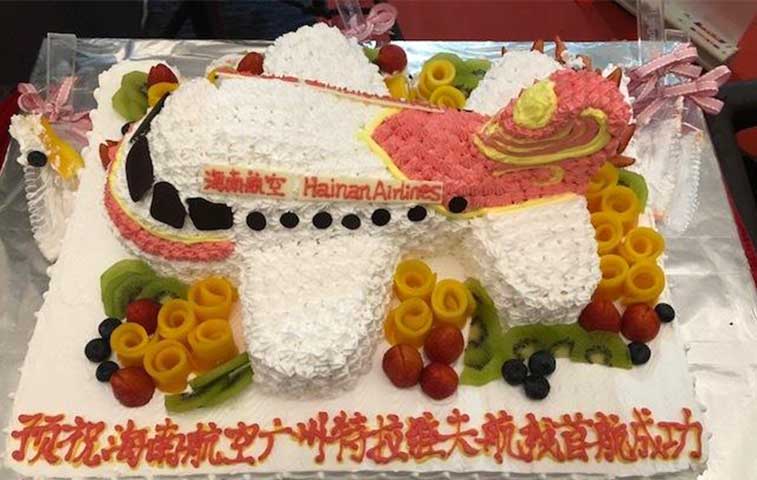 Hainan Airlines launched its third connection to Israel on 2 August with the introduction of a three times weekly service from Guangzhou to Tel Aviv. This impressive cake was baked to mark the occasion. 787-9s will be deployed on the 7,612-kilometre sector. Hainan Airlines already links to Tel Aviv from Beijing and Shanghai Pudong. 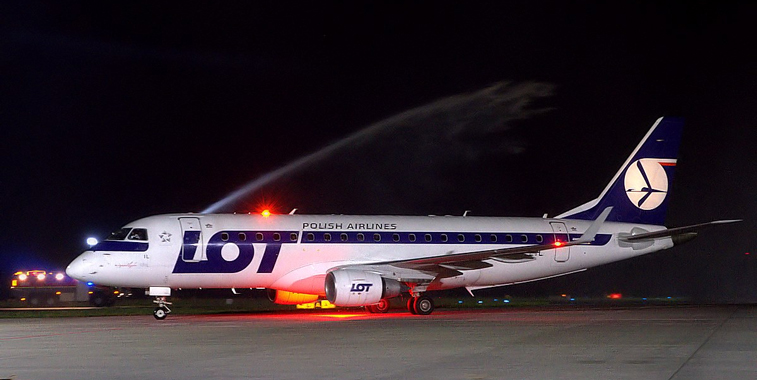 LOT Polish Airlines launched flights between Bydgoszcz and Kiev Zhulyany on 3 August. The Polish airport celebrated the new route with a water arch salute, with the aircraft pulling onto stand soon after the inaugural baptism. The Star Alliance member will offer a twice-weekly service on the 906-kilometre airport pair. 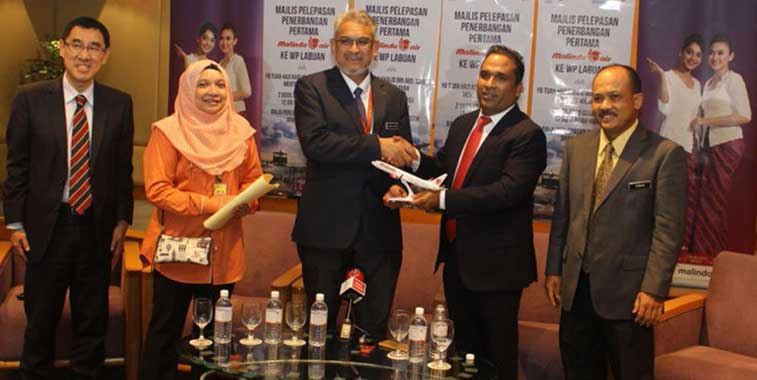 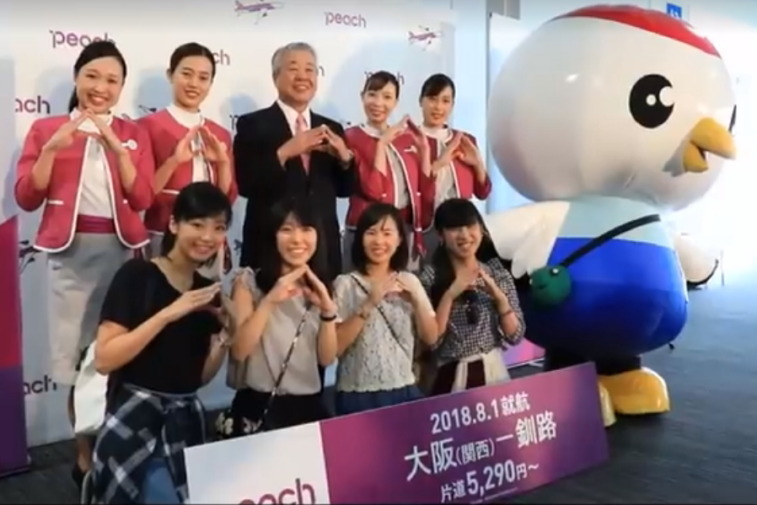 Officials and airline staff celebrate the launch of Peach Aviation’s new route between Osaka Kansai and Kushiro on 1 August. The Japanese LCC has grown rapidly since its launch in 2012, becoming Kansai’s largest carrier by one-way seat capacity according to schedule data for August 2018.