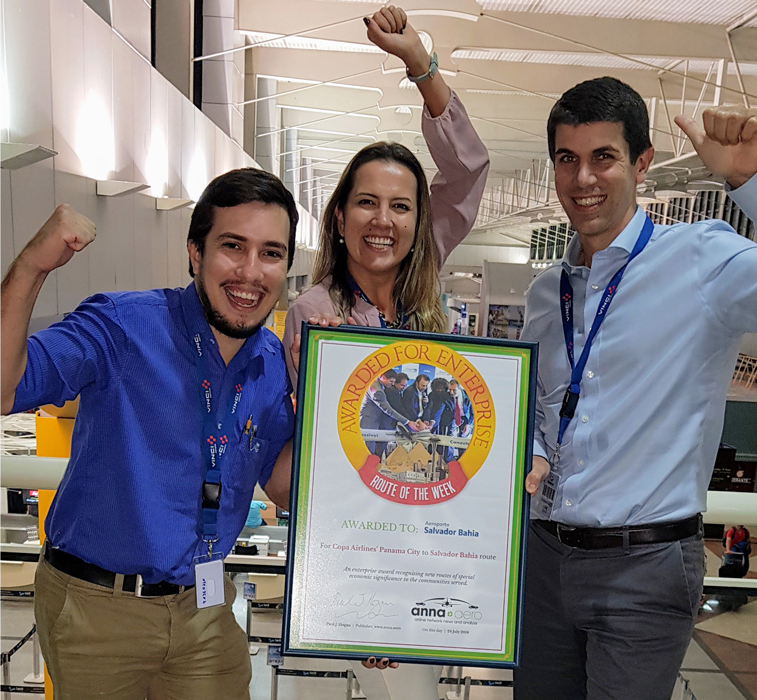 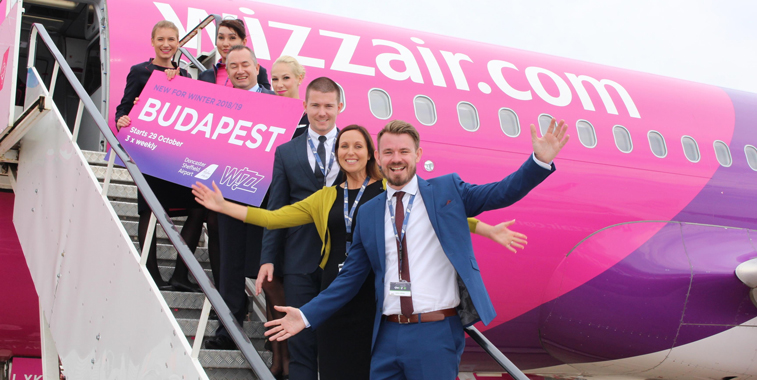 On 6 August Wizz Air announced that from 29 October it will launch a three times weekly service between Budapest and Doncaster Sheffield, with this news following on from the announcement that the ULCC will also link to the UK airport from Debrecen in Hungary from December. Chris Harcombe, Aviation Development Director, Doncaster Sheffield Airport, pictured at the bottom of the air stairs, said of the news: “Wizz air is an important strategic partner of Doncaster Sheffield Airport. Since opening operations in 2006 we have worked together in partnership to develop a growing range of routes with over three million passengers carried. As one of Europe’s leading low-cost airlines, renowned for low fares and exceptional service, we share many of the same values. We are delighted to offer even greater choice to such an impressive destination, such as Budapest.” In addition to these new routes, Wizz Air already offers nine destinations from the UK airport. 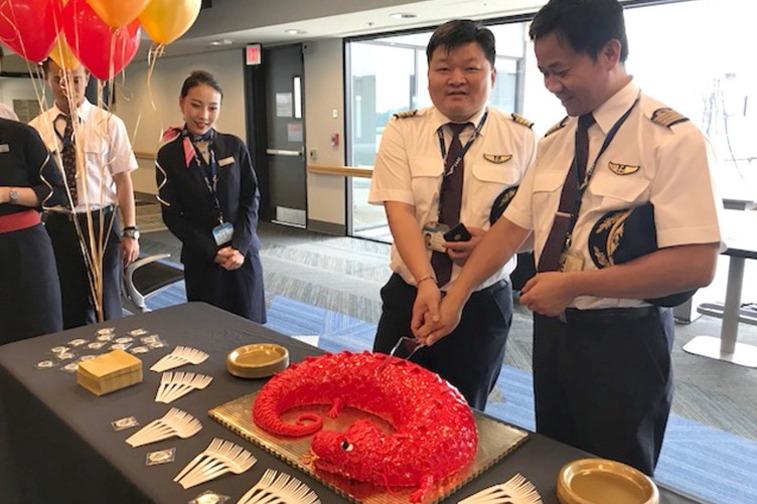 Pittsburgh Airport, tourism board VisitPITTSBURGH, and community agency Idea Foundry, on 6 August celebrated the arrival of China Eastern Airlines’ first charter flight from Shanghai Pudong, one of a series of four flights to be flown between the two cities. The 300 tourists on board the 777-300 will be visiting downtown Pittsburgh, and were hosted at a formal dinner reception in the city, before touring other cities on the US East Coast before returning to China on 11 August. Pictured are the China Eastern flight crew cutting the dragon-themed cake set on by the team at Pittsburgh. 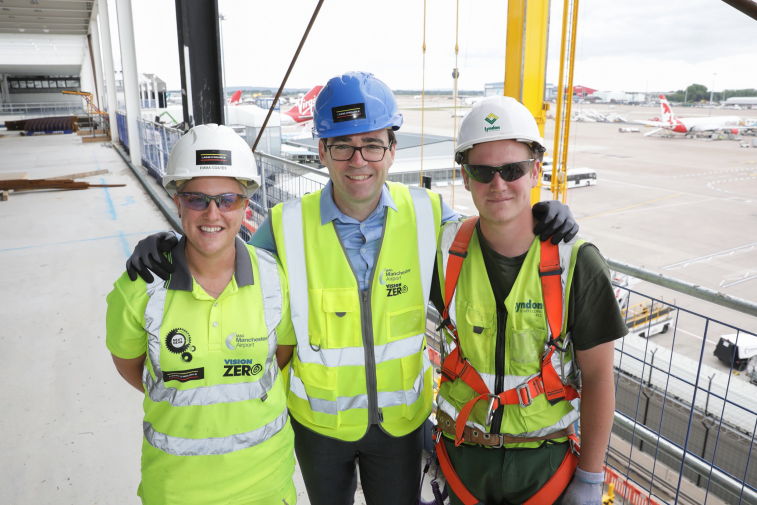 The Mayor of Greater Manchester, Andy Burnham, (pictured centre with apprentices Emma Coates and Keel Parker) visited Manchester Airport’s £1 billion transformation programme to mark the 80th apprentice starting work on site. Tom Bedford, 18, from Salford, is working for Bedford Fabrications as a Fabricator/Welder and became the project’s 80th apprentice, just a month after the UK’s third largest airport turned 80 itself. Over the course of the project more than 150 apprentices will be recruited. Currently, 23,000 people are employed across the airport site and a further 25,000 jobs are supported indirectly in the region. The first pier is set to open to passengers in April 2019 with the terminal extension due to open in 2020. Burnham said: “Manchester Airport is a massive asset to our city region, connecting those living and working here to more global destinations than ever before, as well as helping attract visitors and tourists in the other direction. The investment it is making will further enhance Greater Manchester’s international credentials and make a major contribution to placing the city region at the heart of a prosperous Northern economy.” 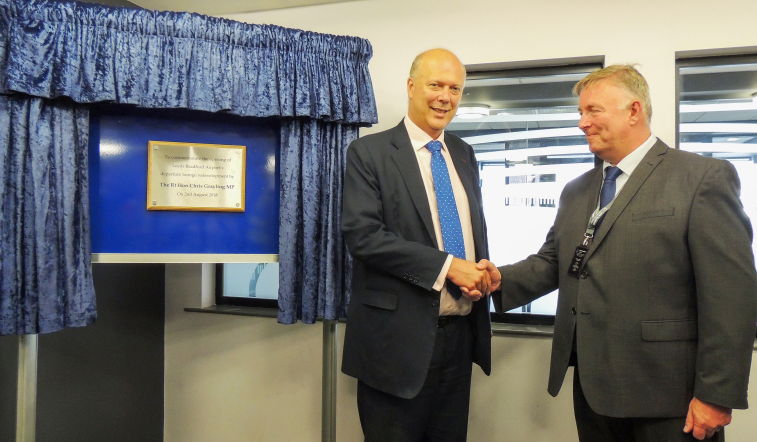 The UK Secretary of State for Transport, Chris Grayling and Simon Whitby, Operations Director at Leeds Bradford Airport, opened the North Yorkshire airport’s re-imagined departure lounge on 2 August. The space has seen three distinct premium lounges added, each themed for either leisure, business or first class passengers, with the departure lounge as a whole seeing the addition of new F&B facilities. This marks the end of the first phase of the airport’s wider redevelopment, which has seen a re-branding of the facility as “Leeds Bradford: Yorkshire’s Airport”, and a new meet and greet landside parking area. Leeds Bradford CEO, David Laws, said at the launch: “We are delighted to welcome Chris Grayling MP to the airport to officially open phase one of the terminal redevelopment. We have exciting plans for the airport. Work continues to improve our route offering for both business and leisure services while we are now working on our plans for phase two of the terminal infrastructure which we hope to commence later this year.”