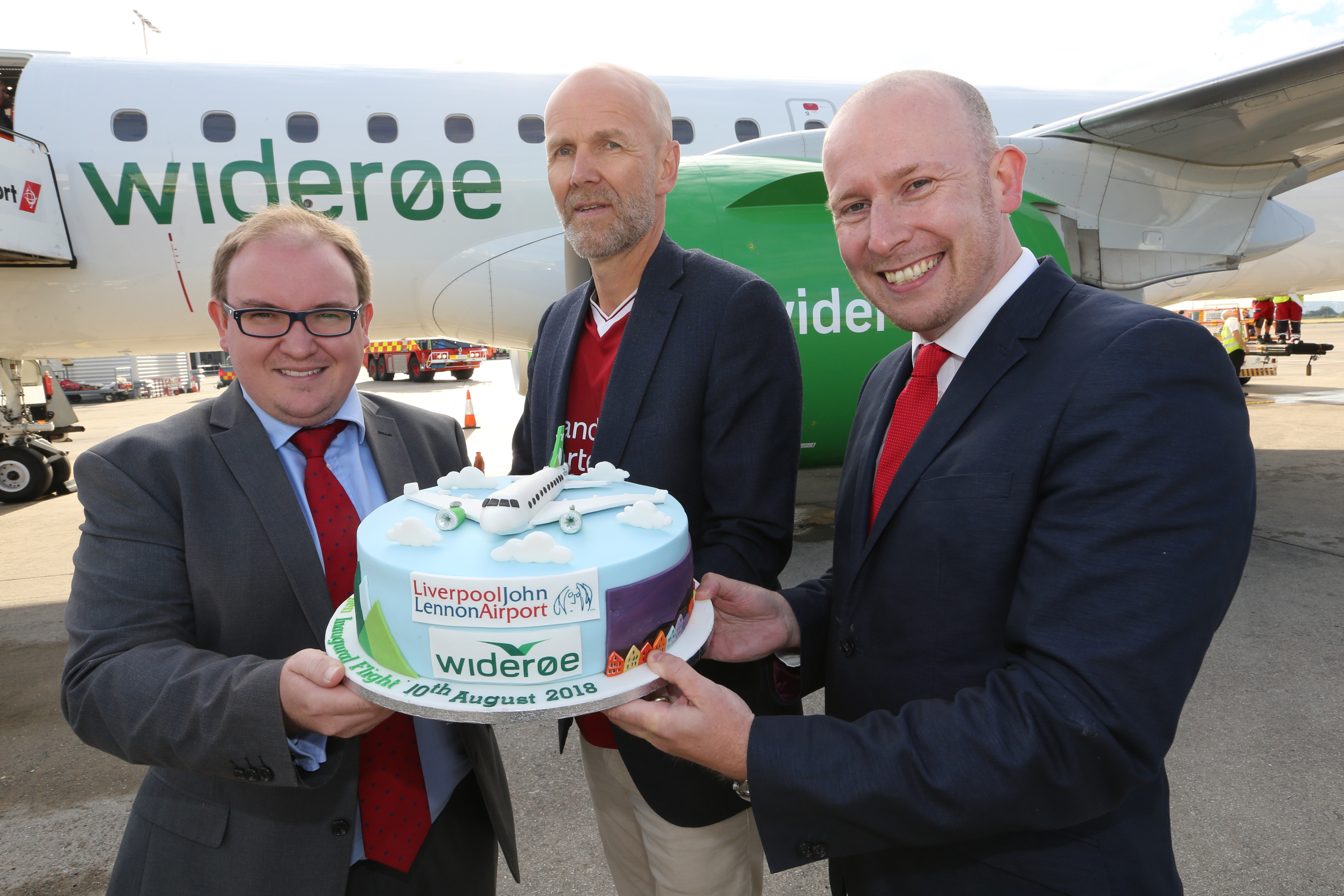 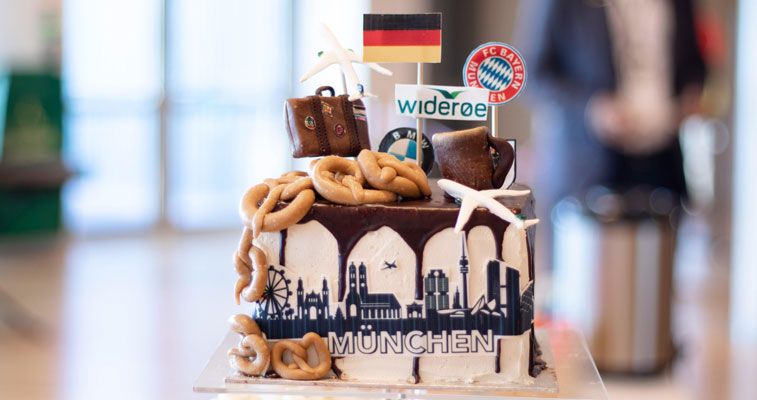 Bergen Airport celebrated the launch of flights to Munich with Widerøe by commission this cake, decorated in the delights and sites of the Bavarian city. The carrier will offer three weekly flights on the European sector. 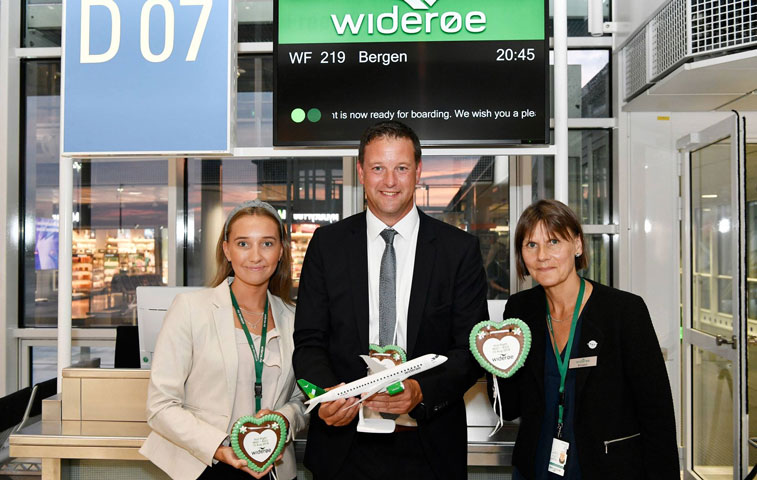 Pictured in Munich at the launch ceremony of the carrier’s first flight from Bergen are: Lina Lindegaard Carlsen, Public Relations Manager, Widerøe; Martin Laubenthal, Director Traffic Development, Munich Airport; and Kristin Gaustad, Sales and Marketing Manager, Widerøe. The route will be operated by the carrier’s E190-E2s.