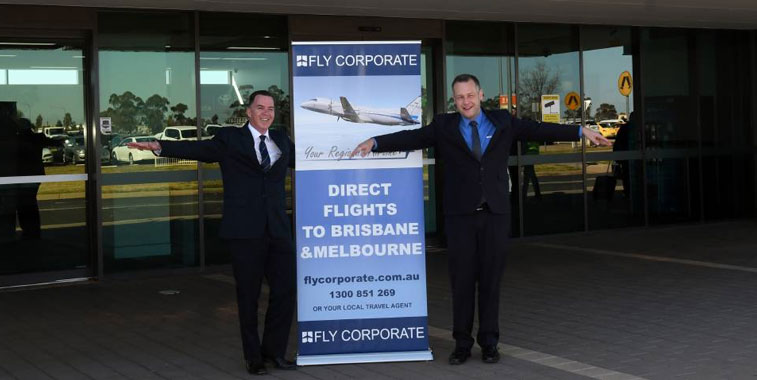 Fly Corporate launched flights between Brisbane and Dubbo on 7 August, a route that it plans to operate six times weekly. Geoff Woodham, Sales Manager, Fly Corporate, and Mayor of The Dubbo Region, Ben Shields, took time to promote the route on the day of the launch, while also highlighting Dubbo to Melbourne Essendon flights which the carrier will begin 28 September. The route from Brisbane was flown by JETGO Australia until the carrier closed in June.