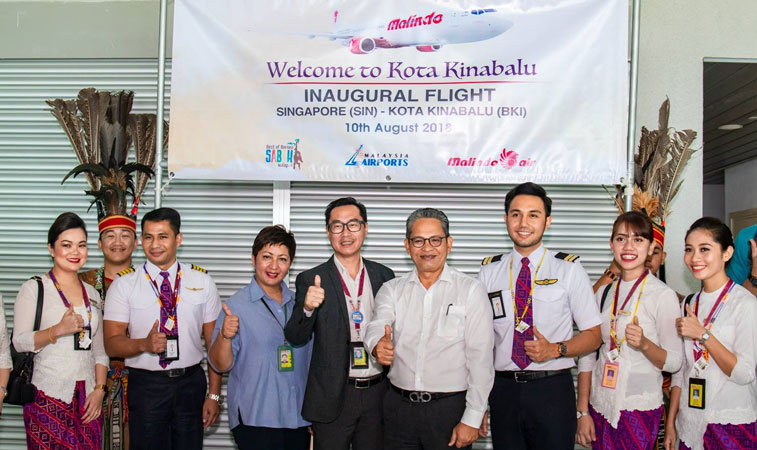 Malindo Air launched its second route to Singapore on 10 August, beginning a daily service from Kota Kinabalu. The carrier already serves the former airport four times daily from its Kuala Lumpur base. Among those at the launch, pictured with the crew and airport staff is Datu Rosmadi Datu Sulai, Permanent Secretary, Ministry of Tourism, Culture and Environment (sixth left).