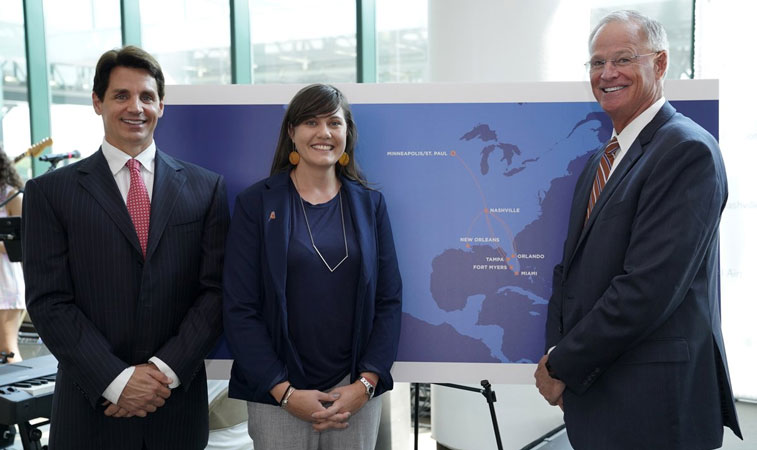 Sun Country Airlines this week announced that it will introduced Nashville to its growing network, launching flights to six cities from the Tennessee airport. On 1 November it will begin a twice-weekly service from Minneapolis-St. Paul, with New Orleans (launching 2 November), Southwest Florida (2 November), Miami (3 November), Tampa (3 November) and Orlando (4 November) launching in the following days, with these five services also scheduled to be flown twice-weekly throughout the W18/19 season. Flights will operate on 737-800s. Pictured at the announcement on 14 August were: Aubrey Harwell, Vice Chairman, Board of Commissioners, Nashville Airport Authority; Jessica Wheeler, Senior Director Communications, Sun Country Airlines; and Doug Kreulen, President and CEO, Nashville Airport Authority. 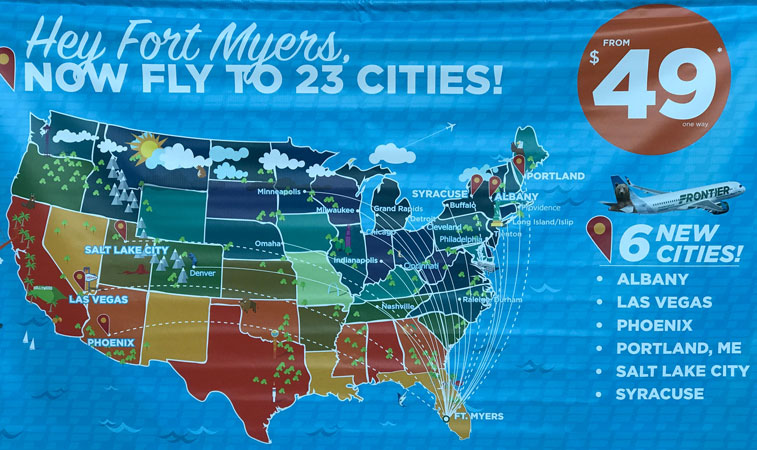 Frontier Airlines on 7 August announced that it plans to expand services from Southwest Florida Airport, with it confirming that it will launch flights from the US airport to Albany, Las Vegas, Phoenix, Portland in Maine, Salt Lake City and Syracuse. With the confirmation of flights to Las Vegas, Phoenix and Salt Lake City, these become the most westward US destinations on Southwest Florida Airport’s route map. Flights to Phoenix and Syracuse will launch on 15 November and be flown three times weekly. Services to Salt Lake City and Portland will be inaugurated on 16 November, both flown twice-weekly (Mondays and Fridays), while Las Vegas and Albany routes will begin 17 November, with these two also planned to be flown twice-weekly (Wednesdays and Saturdays). This news follows the airline’s 25 route launches that occurred this week. 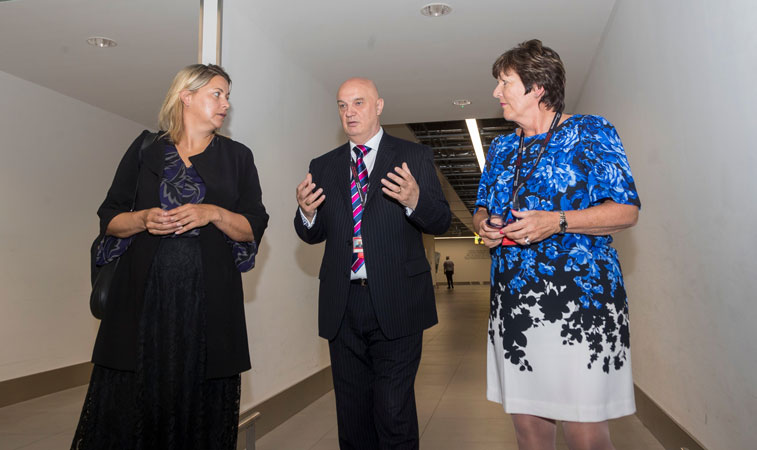 Aberdeen Airport this weeK greeted UK Aviation Minister Baroness Liz Sugg, seen here touring the airport’s multi-million pound terminal transformation project with the airport’s Head of Security and Terminal Operations,  George Cowie, and Head of Retail, Yvonne Birch. The Minister met airport employees and received a tour of the new security search areas, as well as updated retail, baggage reclaim and international and domestic arrivals. She was also updated on the progress of the final phase of the project, due for completion in Q3 2019. “Aberdeen airport plays an important role in opening up the Highlands for tourism, trade and leisure travel opportunities, as well as supporting thousands of jobs locally. The recent investment in the airport has significantly improved the passenger experience, which sits at the heart of the Government’s aviation strategy,” commented Sugg on her tour of the Scottish airport’s newest facilities.