Frontier Airlines expands from five bases across the US Frontier Airlines celebrated its inaugural flight between Austin and Orange County on 14 August, with a ribbon- and cake-cutting ceremonies being held at the Texan airport. Seen snipping the ribbon to officially open the 1,941-kilometre sector, along with the crew, are: Grace Pettis, a local Austin musician; Richard Oliver, Spokesperson and Communications Supervisor, Frontier Airlines; and Mike Rodriguez, Chairman, Airport Advisory Commission. 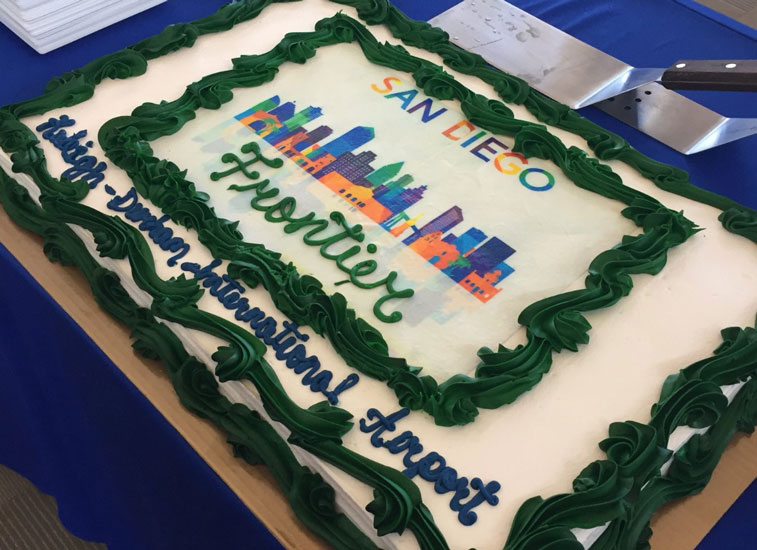 Frontier Airlines launched flights between Raleigh Durham and San Diego on 15 August, with the former airport baking this cake to celebrate the first flight. The route will operate twice-weekly (Wednesdays and Saturdays).