North America notches its second Arch of Triumph win of 2018

With over 340 FTWAs already entered this year (incidentally not far off the 360 we received for the whole of 2016!) the split of these water arches in terms of aircraft groups continues to be dominated by narrow-body aircraft. So far in 2018 the various models of the 737 and A320 families have been baptised 200 times (58%). The remaining 42% is made up of predominantly wide-bodies (18%) and then regional jets (16%), with turboprops filling the residual 26 FTWAs, the equivalent of 8%. Keep Monitoring!! 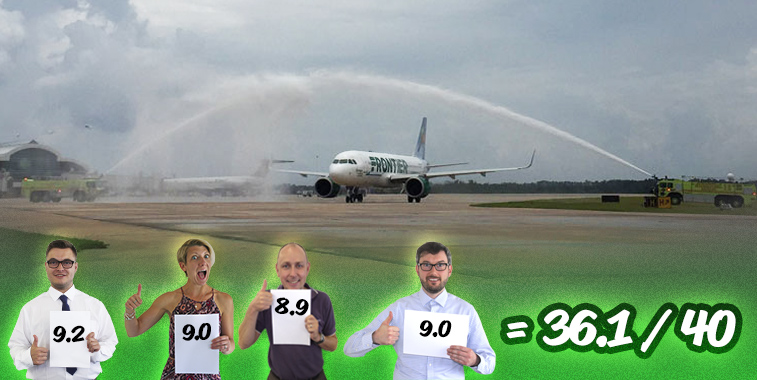 Judge’s comments: Delta Air Lines still has over 150 MD-80s (102 MD-88s and 53 MD-90s) in its fleet (according to Flightradar24 data), one of which you can see in the background of this picture. These narrow-body old timers are being progressively phased out of operation and replaced by aircraft like the Frontier Airlines A320neo…which is being taxied under this water arch. Hey, I thought it was low-cost airlines that were meant to fly the old aircraft?? 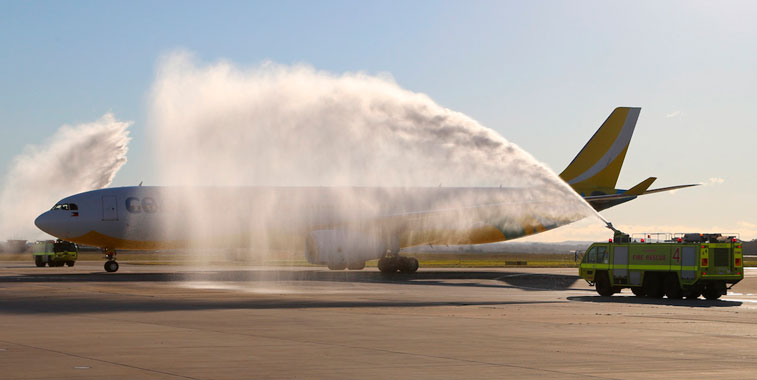 Aussie Rules with this FTWA…

Judge’s comments: This FTWA from the state capital of Victoria airport appears to have been troubled by some strong wind on the day of the inaugural flight event. As Melbourne’s firefighters struggle to master the whims of Mother Nature down under, the resulting water arch is a bit gappy….like the teeth of an Australian Rules Football player… 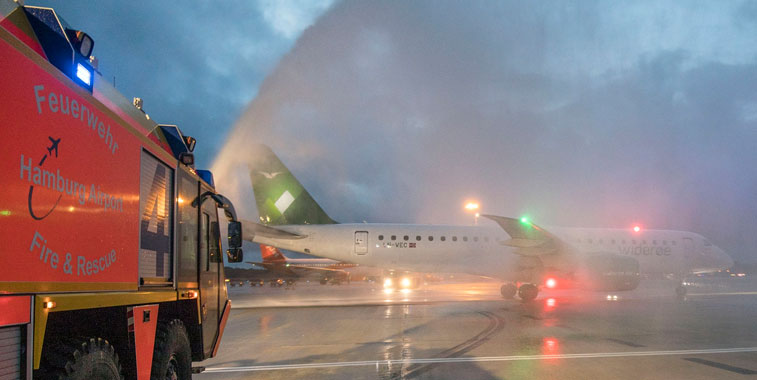 There is no doubting which airport this FTWA is from…

Judge’s comments: We are all for getting the airport’s brand into these water arch images, however the results can sometimes be compromised as we have experienced above here in Germany. We can’t even see the structure of the FTWA or the other fire tender really…apart from its headlights on the opposite side of the taxiway. 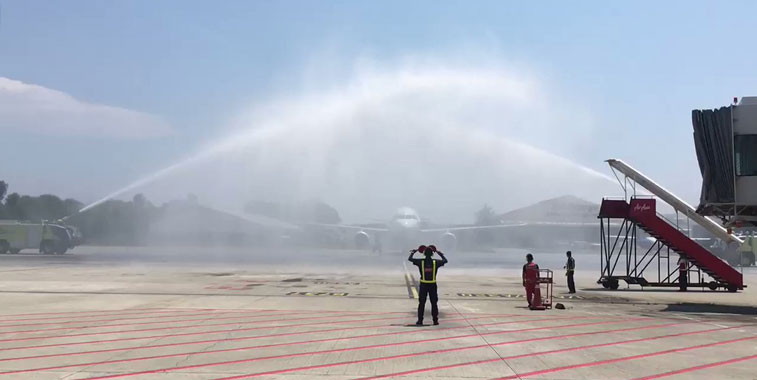 Judge’s comments: Is it just me or have they fitted those aircraft steps (AirAsia branded too) on the right with a hose for the purpose of delivering this FTWA? Oh no…I can see the right-hand tender now…well hidden behind the steps and underneath the air bridge. Maybe the right-hand vehicle is one of the airport’s older tenders…and they wanted to keep it out of the picture? 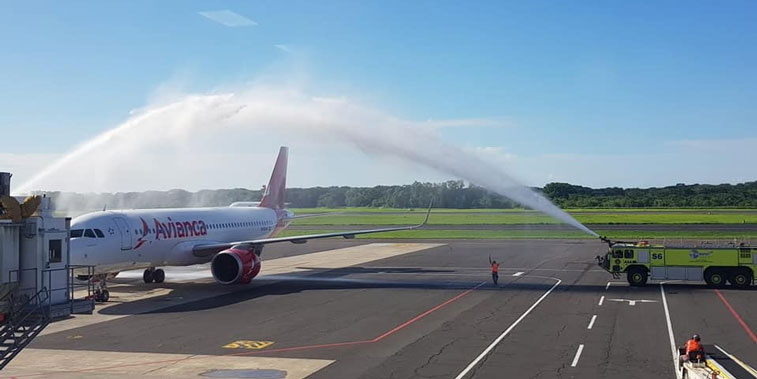 A push-back FTWA for Avianca…

Judge’s comments: More often than not, first flight water arches take place as the aircraft manoeuvres onto stand at the arrival airport…or as it taxies away from stand at the departure airport. This FTWA in San Salvador, taken as the Avianca A320 is being pushed back, is therefore relatively unique, but the resulting Arch of Triumph effort has definitely been hampered… 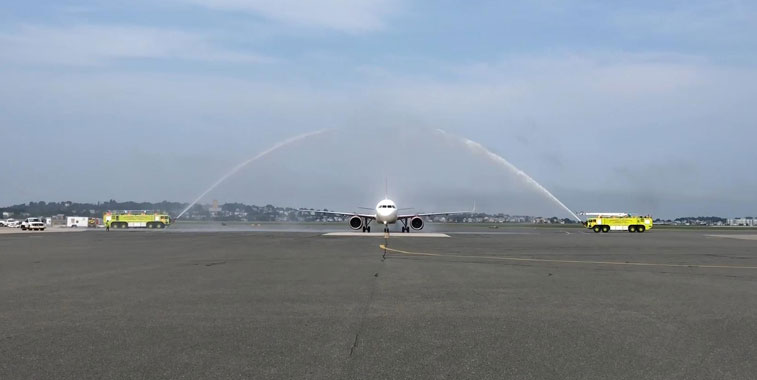 Judge’s comments: It is always nice to see water arches from both ends of a new route…and more importantly to see which of the airports has provided the best of the two first flight baptisms. In this instance the US airport’s firefighters have lost out to their colleagues in El Salvador…by a margin of 1.4 points. 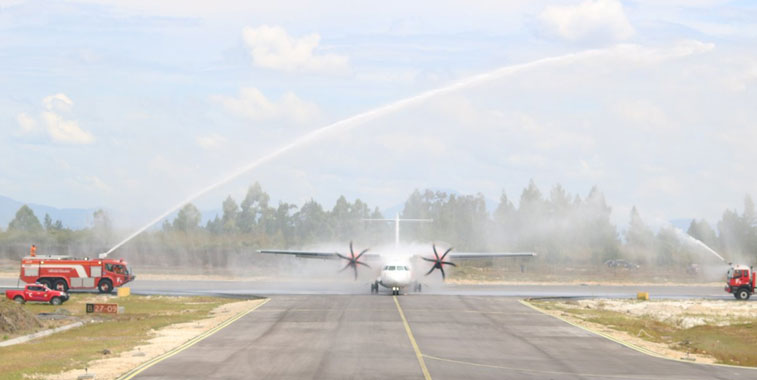 Now you can see why we bought the new fire truck!! Its slightly more powerful than Ole Red!

Judge’s comments: There appears to a complete mismatch between the equipment on duty here in Indonesia. On the left you have a nice shiny new piece of kit…pumping water away high and hard…and on the right you have a tender that wouldn’t trouble a three-year-old kid in a water fight!!