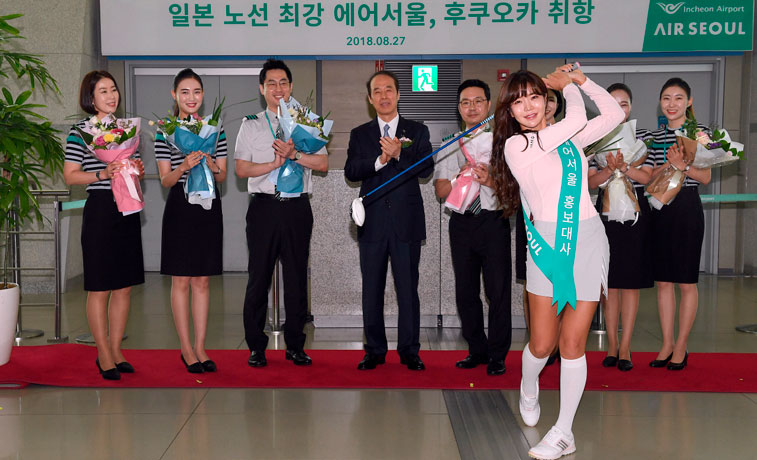 Air Seoul launched flights to Fukuoka on 27 August. Seen showing off her golfing skills to the media, inaugural flight crew and VIPs, is Shin-Ae Ahn, Professional Golfer and Ambassador for Air Seoul. The South Korean LCC will offer six weekly flights between Seoul Incheon and Fukuoka using its fleet of A321s.