Africa accepts its first Arch of Triumph win of 2018

For every FTWA that we receive each week, we split them into four different categories of airline – namely full service carriers (FSC), leisure airlines, LCCs and regional operators. The world’s leisure airlines are the least prolific, providing just eight (2%) of the 340-plus water arches received since January. With 22 FTWAs, regional airlines are in third spot (or second bottom, whichever you prefer), delivering only 6% of the world’s first flight baptisms. Then its the two heavyweights, and both still genuine contenders for this crown, the LCCs and FSCs. At the moment its the latter edging it with 171 water arches (51%) – with two more provided this week – against the 144 (42%) from the low-cost fraternity of airlines. However, with four full months of competition still to go, the top spot can still change hands. Keep Monitoring!! 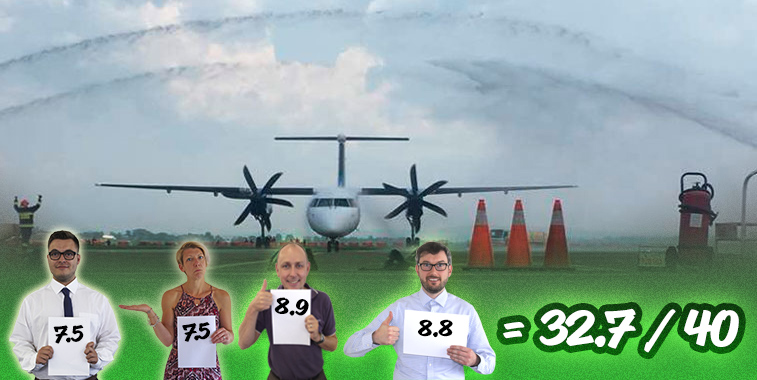 Left cone: “What do you think about this FTWA?” Right cone: “I’ve seen better.” Middle cone: What’s an FTWA?”

Judge’s comments: Before you even get started on the huge amount of apron clutter on display here in Uganda (chocks, cones, fire extinguishers, trolleys etc.)…how low has this picture been taken?? Was the photographer trying to get an interesting angle and thought that lying on the floor would do it?? Perhaps he or she was sat down having a snooze…was woken up by the approaching Q400…and had to quickly snap this shot?? Whatever happened, this FTWA is good enough to secure Africa’s first Arch of Triumph victory of 2018, and its first since 2016. 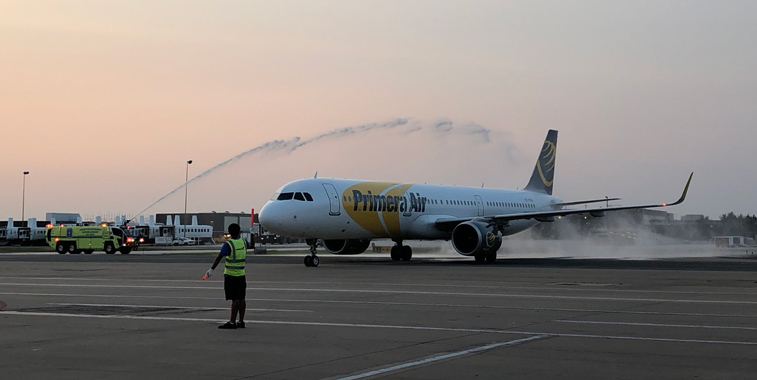 Do they still use those mobile lounges at Dulles?

Judge’s comments: Can you see them in the background – the mobile lounges? Those funny-looking white bus-like contraptions behind the fire truck? According to Wikipedia they are still used at Washington Dulles, but not nearly as much as when they were first introduced to the airport. Apparently these odd-looking vehicles were also used at Montreal, Paris CDG, New York JFK, Mexico City and Jeddah airports. 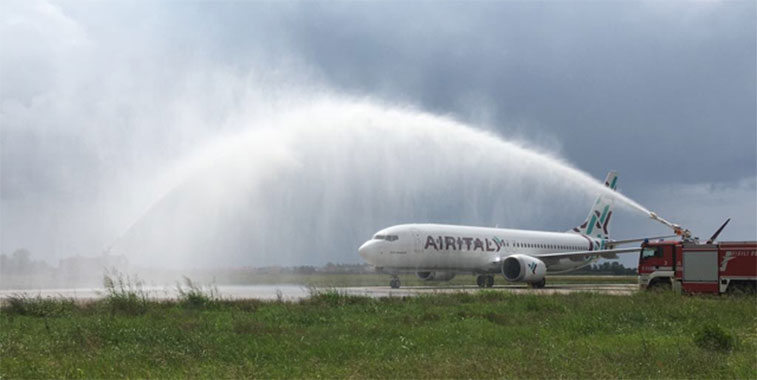 Much better than the last FTWA we scored from Lamezia Terme…

Judge’s comments: This is just the third time since the competition was started in 2013 that Lamezia Terme has provided us with an entry. The last time was in 2017, when the airport battled it out (unsuccessfully) with 25 airports in the public vote at the start of S17. The first time was way back in 2014, when the Italian firefighters produced an effort which didn’t even break 10 points. So this FTWA is much, much better!! Bellissimo!!