easyJet announces Nantes as its seventh french Base 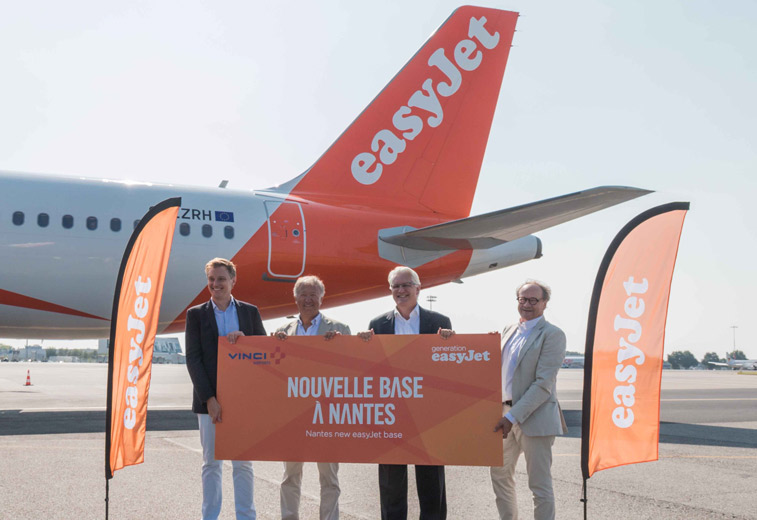 easyJet announced on 4 September that it will make Nantes its seventh French base, with it planning to station three A320s at the airport for next summer. Among those at the base announcement were François Marie, Director, Nantes Airport (second left) and Francois Bacchetta, Regional GM France & Benelux, easyJet (third right). easyJet currently has six bases in France at Paris’ CDG and Orly airports, Lyon, Nice, Toulouse and Bordeaux. “We are very pleased to open a base at Nantes Airport and to further anchor ourselves in the French regions where we have been observing for over twenty years a desire and a growing need for short-haul connections,” commented Bacchetta. “easyJet is a leading company at nine of the 10 largest French airports, and this new base marks a turning point in our already popular operations in Nantes for leisure and business travellers.” The carrier states that it will launch an extra 12 routes from Nantes with these based aircraft, with details to be announced of these destinations in the coming weeks. The carrier already flies to the French city from Basel, Bristol (seasonal), Geneva, Lille, Lisbon, Liverpool (seasonal), London’s Gatwick and Luton, Lyon, Porto, Milan Malpensa, Nice and Toulouse. 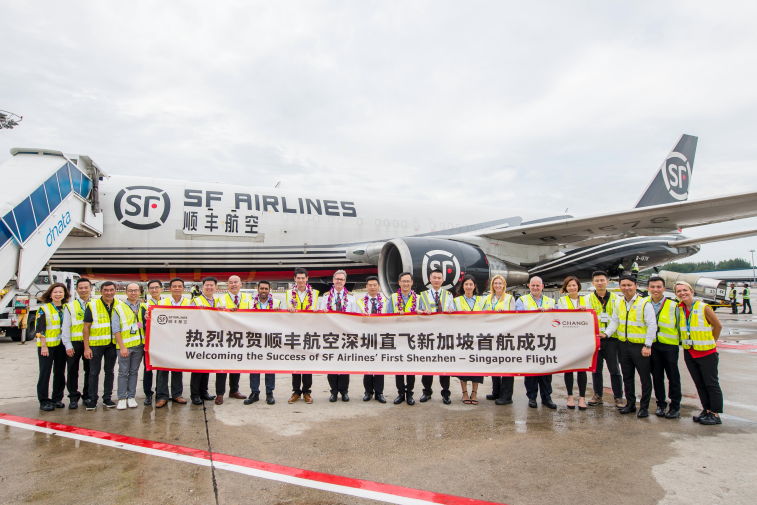 Singapore Airport on 4 September welcomed the arrival of SF Airlines’ first flight from Shenzhen. The cargo carrier is the first Chinese express airline to operate between Singapore and China, and its arrival strengthens air trade flows between the two countries. China is Singapore’s largest air cargo market, registering more than 270,000 tonnes of airfreight throughput for the 12 months ending June 2018. With the addition of SF Airlines’ weekly service on a 767-300F, main deck capacity to and from Shenzhen will increase by about 16% on this route.The first flight was welcomed by representatives from Singapore Airport and SF Airlines. Changi Airport Group’s MD for Air Hub Development, Lim Ching Kiat said: “We welcome SF Airlines to Changi Airport’s family of cargo airlines. Significantly, this allows for more cargo flows from China to and from the airport, and will secure Singapore’s position as a premier regional cargo hub. There is also growing demand by the Chinese market for perishables and pharmaceutical products from the Southwest Pacific and Southeast Asian regions; both are among the top cargo segments passing through Singapore from these regions to China, with a robust year-on-year growth. Singapore is a gateway for such flows between China and countries in the two regions.”