Lisbon lions roar for the fourth time this year 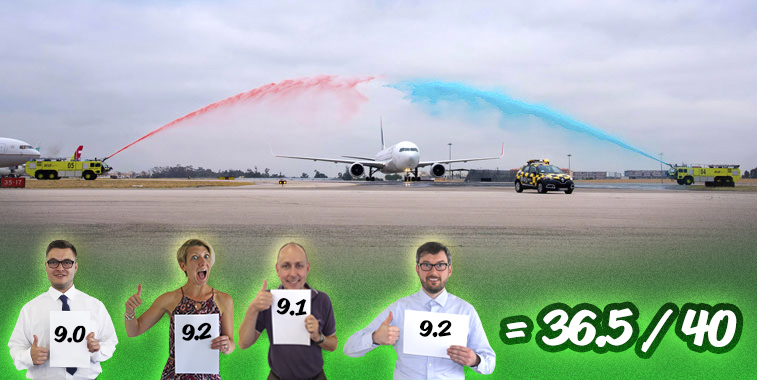 Those guys in Lisbon are at it again!!

Judges’ comments: While yes this is not their best effort of this year, scoring a lowly 36.5 (lowly for them), the firefighters from Lisbon have secured their fourth top 10 finish (in fact the top 10 has had to be expanded to 11) of the 2018 competition. The Portuguese airport’s four top 11 finishes have amassed 151.3 points from a possible 160. Impressive stats for an impressive team!! 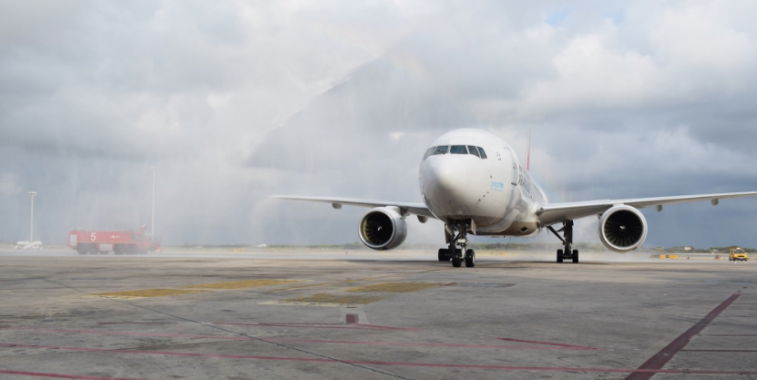 Where does this FTWA rank among the 200 received from Europe this year??

Judges’ comments: This week Europe’s airports reached the 200-FTWA milestone, with the region providing 57% of all Arch of Triumph entries so far in 2018. Of the 158 FTWAs which have been scored by the anna.aero judges (the remaining 42 were in the Public Vote weeks), this effort from Barcelona unfortunately ranks as 157th…ouch! 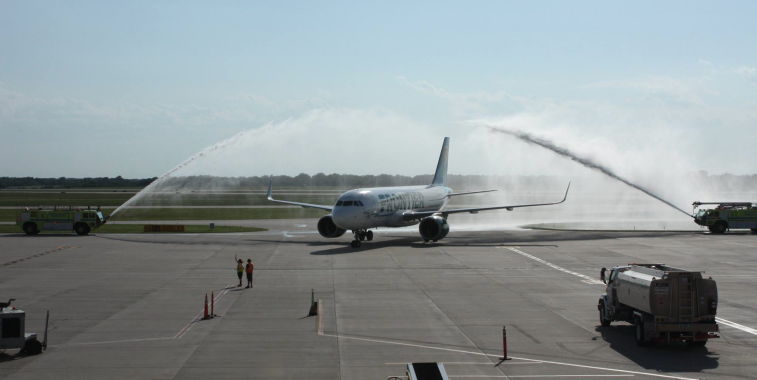 No pulled pork sandwich for you guys!!

Judges’ comments: Apparently the home of an “awesome pulled pork sandwich”, the Bite Me BBQ which is found at 132 N Saint Francis St in Downtown Wichita is an American food, bar and barbecue restaurant which is a firm favourite of the airport’s firefighters. A gathering to celebrate this week’s Arch of Triumph win was planned at Bite Me BBQ…but after this lacklustre effort above…it has now been cancelled. 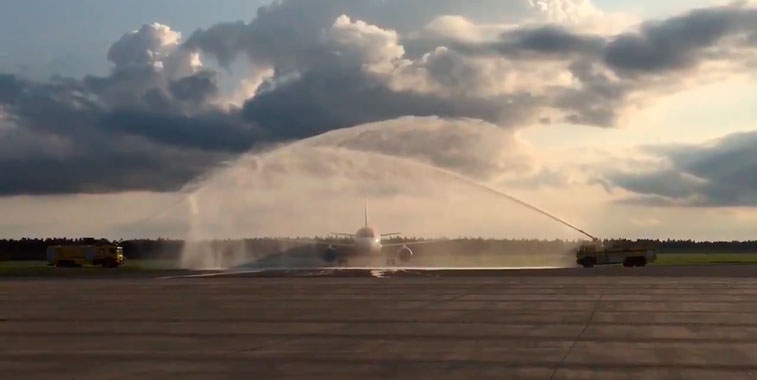 This is Aarhus’ fourth FTWA of the 2018 competition…

Judges’ comments: Back in April, Aarhus Airport was lucky enough to welcome the start of three new SAS routes in one day, with the water arch for its Munich service coming a close second to the winning airport – Krakow in Poland. This week it was beaten by two European airports, meaning its mid-table mediocrity (third from five competing airports) for Aarhus this week. However, with the airport welcoming easyJet as a new carrier, that surely makes up for not winning this week’s competition. 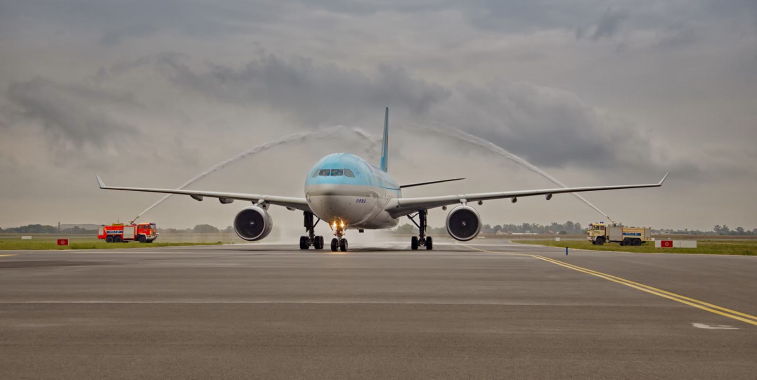 The last of three wide-body FTWAs this week…

Judges’ comments: It’s not often that wide-body aircraft provide the majority of route launch baptisms…but this week we have three, pushing its share of the 350 FTWAs received in 2018 to 19% (65 entries). Despite the high number of entries this week…the wide-bodies still represent less than a third of the FTWAs that narrow-body aircraft have provided this year (204; 58%).