Airports on three continents battle for Arch of Triumph glory

It is beyond doubt that Europe will retain the regional title in 2018 for the fifth year running, having already amassed 20 wins (56%) from the 36 weeks of competition (when the anna.aero judges do the scoring). Who will scoop the minor places is still wide open however. Leading the charge for second spot are Asia and Australasia, both with four wins a piece (11%). Not far behind is South America on three wins (8%), and definitely not out of it are the Middle East and North America (two wins each; 6%). It will probably take a gargantuan effort for Africa to steal the runner-up position (one win; 3%), and the same for the Caribbean, which is yet to notch a weekly win. Perhaps a more pertinent measure of success is the wins per entry ratio. This is being led by Australasia with a tally of 0.44, well ahead of the Middle East on 0.33. Europe’s score is far less impressive, coming in it at just 0.1, less than North America and Asia, and on par with Africa and South America. Keep Monitoring!! 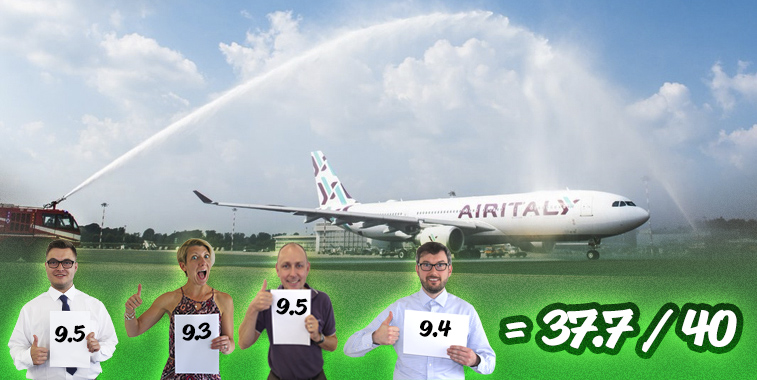 An FTWA full of Italian style…

Judges’ comments: The Italians are no strangers to creating things of beauty…the Rome Colosseum, the Trevi fountain, Milan’s wonderful cathedral…and of course the Fiat Cinquecento. It should be no great surprise then to see a magnificent FTWA crafted as delicately as any aqueduct built across Italy. A worthy winner of this week’s competition and stealing fourth spot on the over leaderboard! 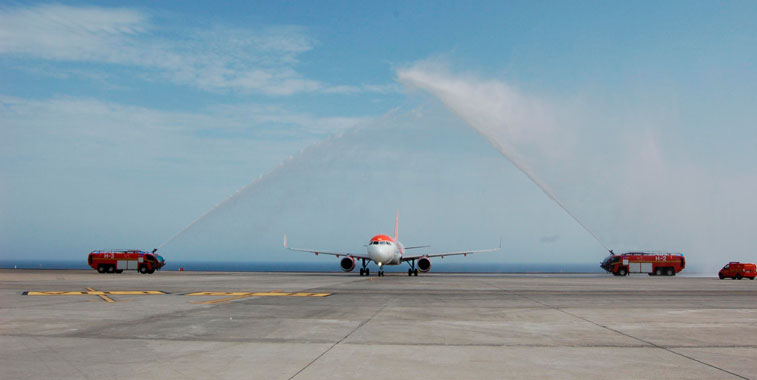 Was tender H-1 in the garage being mended…?

Judges’ comments: As usual with FTWAs that we receive from Spain’s Canary Islands, this water arch seems to have been wind-affected, with some significant drift observed on the right-hand water jet. While the wind makes the islands a great venue for sailing or wind surfing…unfortunately it is no good for the construction of fine-looking water arches… 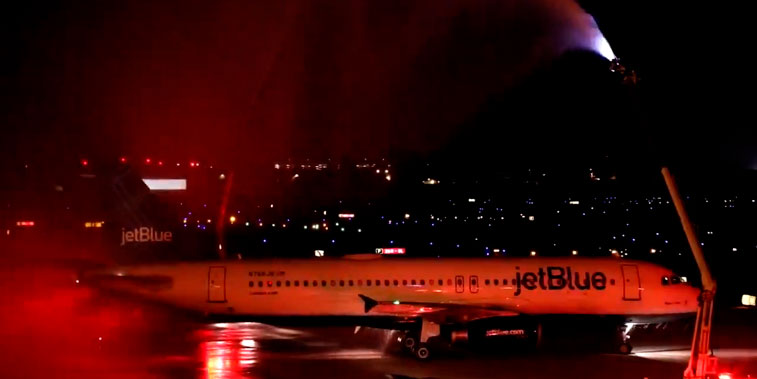 JetBlue gets wet for the fourth time in 2018…

Judges’ comments: This is the fourth baptism which has been bestowed upon the US low-cost carrier JetBlue Airways…not a bad return so far this year. This is way behind the most-blessed carrier, as easyJet has received 19 watery welcomes on its new routes in 2018. It is well ahead of its fellow European LCC Ryanair (13), as well as Frontier Airlines (12) and American Airlines (11). 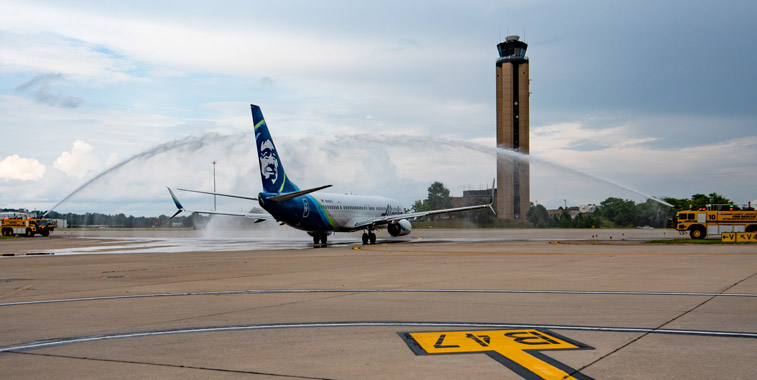 Aim for the face on the tail…

Judges’ comments: With two FTWAs this week from the region, North America is firmly in second spot behind Europe when it comes to the number of entries. It has delivered 70 (20% of total) water arches to the anna.aero judges…which is still just over a third of what Europe has provided (202; 57%). Closest to North America is its South American cousin, which lags way behind on 30 baptisms so far in 2018. 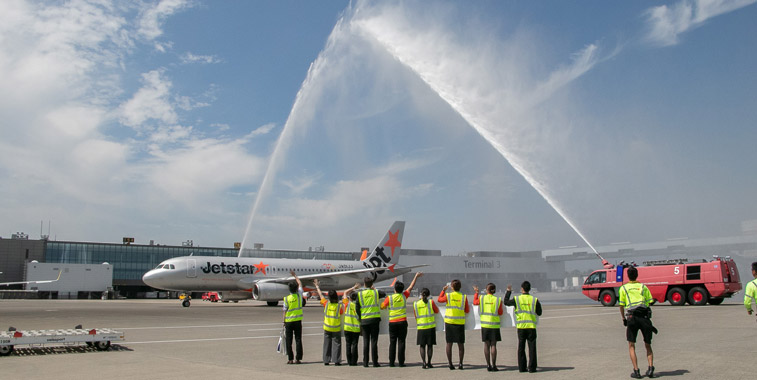 So close to victory…yet so far…

Judges’ comments: The ground staff in Nagasaki definitely attracted some extra points from the anna.aero judges, given their obvious enthusiasm for this route launch. It was almost enough for the Japanese airport to steal its first-ever victory in the Arch of Triumph competition…but was unfortunately usurped by an Italian world-beater…